by Clarence Harrison June 24, 2016
Clarence Harrison - Ok, I couldn't resist. I wasn't going to post any more photos, but I got a couple new lenses (birthday present from my cats - they are very generous) for my camera and took a pile of pics getting used to them. It seemed a shame to let them go to waste! 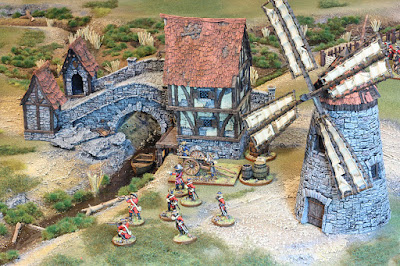 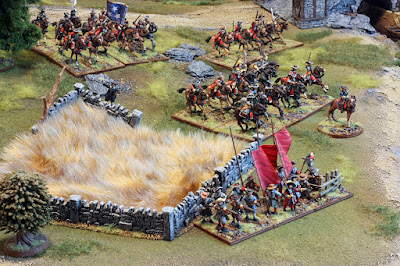 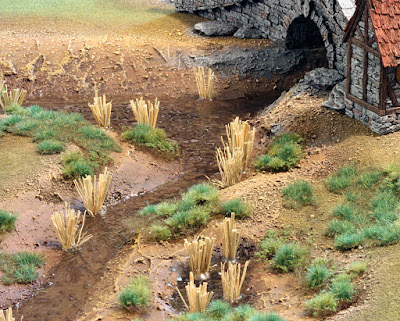 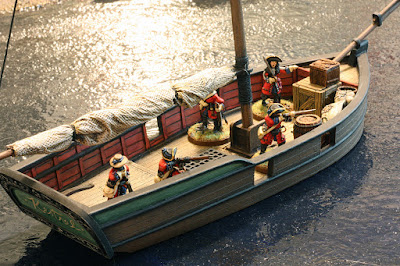 A pleasant morning on the Foyle
A quick note on the last photo... there was no naval support in the historical attack on the Pennyburn Mill, but there were encounters on the River Foyle during the siege. I wanted to add another element to the wargame and take advantage of some of the new rules we will present in the upcoming scenario book (yes, it IS coming...). The Kestrel will be armed with a pair of light naval guns to give a bit of artillery cover to the Derry assault, though the range will be limited to about half of the table.

I suppose mentioning the new lens above, someone who cares about such things is probably shouting at their computer, "What was the lens?" I've had a Canon Rebel XSI for about ten years now and always used the 18-55mm lens that came with the kit. It's been a great unit and I've mastered the art of taking shots of single models, individual units, and relatively close action shots. What I've always struggled with is long shots with sharp focus across the entire depth of field. I also have to set up a very complicated light array in my game room to get photos with enough light to stop the camera from needing overlong exposure and often resulting in blurred shots.

Without going into a pile of technical detail, which I don't really know all that well anyway, the shots above were taken with an EF 50mm f/1.8 STM. It is ridiculously cheap for a camera lens (I think it was $100). It only has a single level of zoom fixed at 50mm, so you need to move the camera around to compose your shot, but that's not much of an issue with miniature photography. All of the shots above lack any post production on the computer except for a small amount of color correction with a cool filter to remove a bit yellow caused by the light from the room. I could have corrected that by setting the white balance on the camera, but I didn't bother for these. They probably could have used a bit of post, but that wasn't the point of the exercise. No complicated lighting (only the overhead of the room and a window), sharp focus all the way across the shot, and almost zero post production - very happy with this lens!

I'll talk about my other new lens, a Canon 10-18mm at some future time, but it also has great capacity for shooting under less than ideal light conditions. I'll still be carrying my original too, but now I will give the illusion of being much more professional as I pretend to carefully consider the correct lens for the shot! Maybe Barry and I can do a series for the blog on photographing miniatures if there is any interest. There are lots of tutorials for single figures in light boxes, but very few on photographing battle scenes...