by Barry Hilton December 27, 2015
Setting aside the exceptional personal circumstances which impacted on my output during 2015 the balance sheet is still in the black. Here are my Sunday morning, spontaneous reflections on  the hobby in 2015 from the League of Augsburg perspective;

The GNW project, co funded by a dedicated band of enthusiasts and captained by your truly got off to a very good start. We managed to release 25 sets each of 5 unique miniatures representing Swedish and Russian infantry. The sculpting produced by Clibinarium was his best to date and the unit combinations possible are magnificent.

All this was achieved against the backdrop of tragedy and chaos at Griffin Moulds which created a horrendous backlog and long lead times. The initial production runs were over 14 weeks late and so a lot has been managed in the time we had. The range has made a strong start and the models have appeared in conventions in the US, UK, Belgium, Sweden and Denmark so far.

In addition, Warfare Miniatures finally released French Dismounted Dragoons (Command) and more Highlanders. In terms of sales Warfare had a strong year which has encouraged me to keep expanding and not simply to stay put and market what I have.


In spite of all the was going on Clarence/Quindia Studios managed to produce some excellent new flags for the Grand Alliance Period, Monmouth Rebellion and Thirty Years War. All have sold well.


In the great year of Waterloo 200 my commitment to the Napoleonic period was significant. I donned my walking boots and yomped around Belgium for a week at the head of the Geek Nations Battlefield tour which culminated in two days of re enactment on the famous field.


The mission was preceded by a recce Toggy, Gerry and I enjoyed a fine time in Belgium not only at Waterloo but at various other locations including Ypres, Oudenaarde, Quatre Bras and Gent. As always Belgium did us proud in weather, food, beer and friendliness making it my favourite mainland European country bar none.


On the wargaming front we worked towards our Waterloo 200 refight at Derby in October. This was a long time in the planning and proved to be the most spectacular wargame any of us had taken part in. Tog and Gerry (bring out an ice cream brand shortly) invested £0000.00s in figures, Ade built some wonderful scenery and I cut down a couple of rain forests in order to do the paperwork. The result speaks for itself. A tune up game of Quatre Bras created a fun day in Irvine during the late summer and several familiar faces attended.


We even learned from all of the previous refights trailed on TMP and managed to get a completed result. 7,000 figures, 18 hours of gaming about 25 turns and a clear if not emphatic French victory. Congratulations to Paul Patrick Bonaparte and his team of Marshals and Generals.
On the show front LoA managed York, Falkirk, Claymore and Crisis. The least number we've demoed at for many a year. Partizan was missed through lack of boots on the ground, Targe I have finally hung up my gloves on after 23 years and Salute is just not possible to get a table at.

During the summer I visited Killiecrankie and met lots of interesting people including the O'Brogain's which was a bit of a treat! 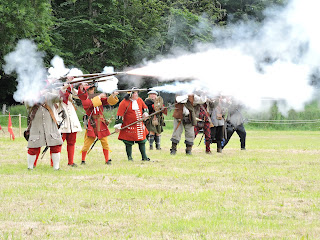 Gaming at home there has been precious little of. We did get Bob's Austrians out a couple of times I seem to remember and we may have played some games with the new 'variable unit size' Pike and Shot rules yet to be published but that was way back in Q1.

On the magazine front I pitched in with several pieces for WI as per usual. I cannot recall what to be honest but there were some column pieces, a Waterloo article and various bits and bobs. Most of it was written on planes, in airports or hotels. Never mind, that kept me out of casinos, lap dancing bars and massage parlours thus protecting my wallet, reputation and sexual health all at the same time!

The blog was at its busiest during the Waterloo dispatches phase when we were regularly getting over 1,000 visits per day which was nice.
Oh, nearly forgot.. I was very proud and happy to be informed that I was awarded the HMGS Legion of Honor in 2015. Unfortunately I was not able to collect it in person but will remedy that in 2016. Thank you HMGS and those who nominated and approved the award. I feel very privileged. 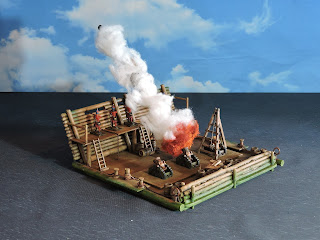 I almost finished Derry's Walls but didn't quite get there... but I did built lots of boats, rafts and other nautical nonsense..
As an unfamiliar watery orange globe sheds its feeble light into my office this Sunday morning I can expend a few words on what didn't happen as planned this year..
I did promise it in the summer but it did not appear. The Ireland Campaign book, long awaited, much talked about, never spotted. There are good reasons and the story is unfinished but, I failed to deliver.
The book is written and done. It now runs to 3 volumes. It will have a total page count across all parts of 600+. What stopped it? The sheer amount of work involved. Getting second and third opinions on research points of controversy. The huge amount of photography, not having my partner in crime at my side during the production, trying to work with a new agency, life and day job work. Leaving the upside of this dark tale for my next post we'll draw a veil over it here for now. 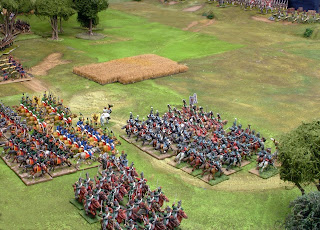 Not enough game with the lads. A public apology to Dave, Toggy and Gerry in particular. We did a lot but not enough of this.

OK, so I thought I would be typing more negative stuff at the end but really, the Ireland  book was my one big miss and I will put that right in 2016.

Overall, 2015 was a good hobby year. Lots done, lots of new friends, some great times with the old, some broken connections re established, some decisions to move on made.