by Clarence Harrison June 02, 2014
Colin Napier - Maybe it’s a reflection of my personality, perhaps a result of a childhood spent under the leaden skies of Western Scotland, but I’ve always felt an affinity with grey. Just as well when it comes to Huguenots as that’s the primary shade of their coats.


With that determined the next step is to decide what colour the cuffs should be. There is little easily accessible information on the Huguenots uniform habits so much guidance was taken from the work of others, particularly Bob Talbot’s troops which had started this whole project off (and I had cunningly photographed).
I’m keen on symmetry and patterns (along with the grey, another ‘fun’ facet of my character) and so looked to the flags produced by Quindia studios for inspiration. 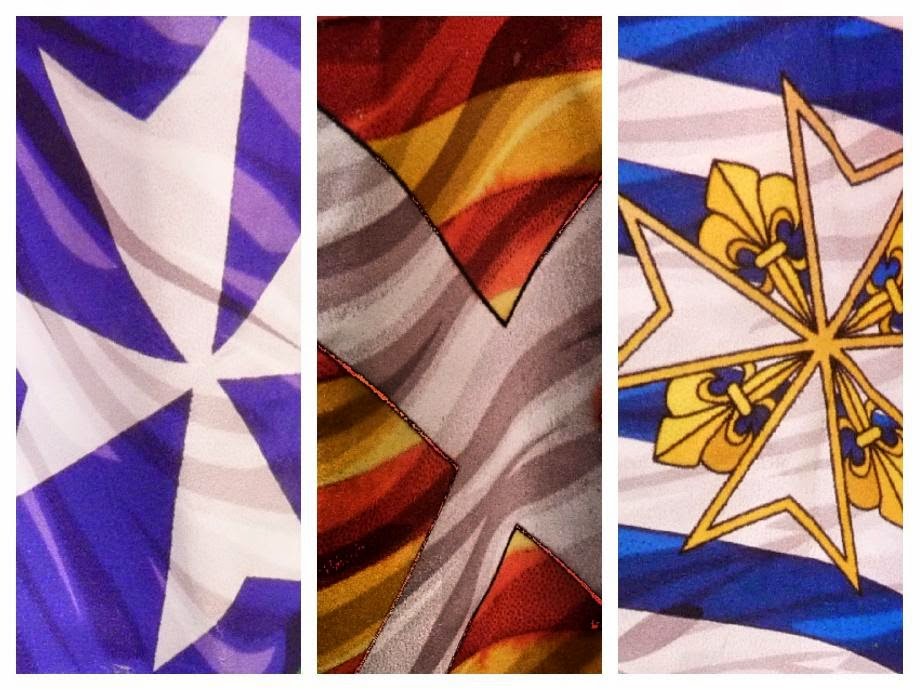 From these the choices became clear du Cambon’s naturally would have purple facings... 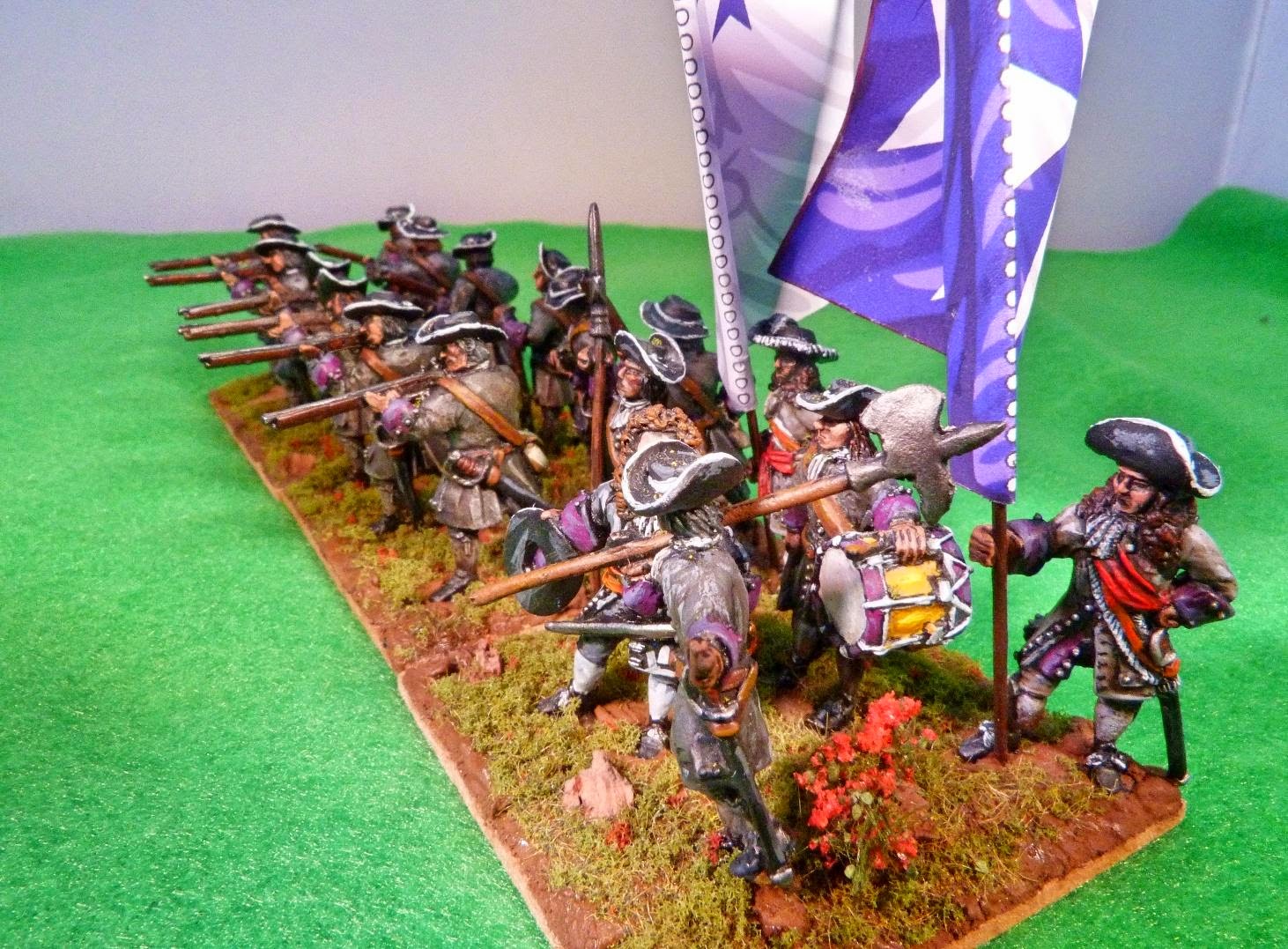 La Calliemotte's was a choice between red and yellow – I went red as I find those easier to highlight (there’s less danger of them going green!) and starker against grey... 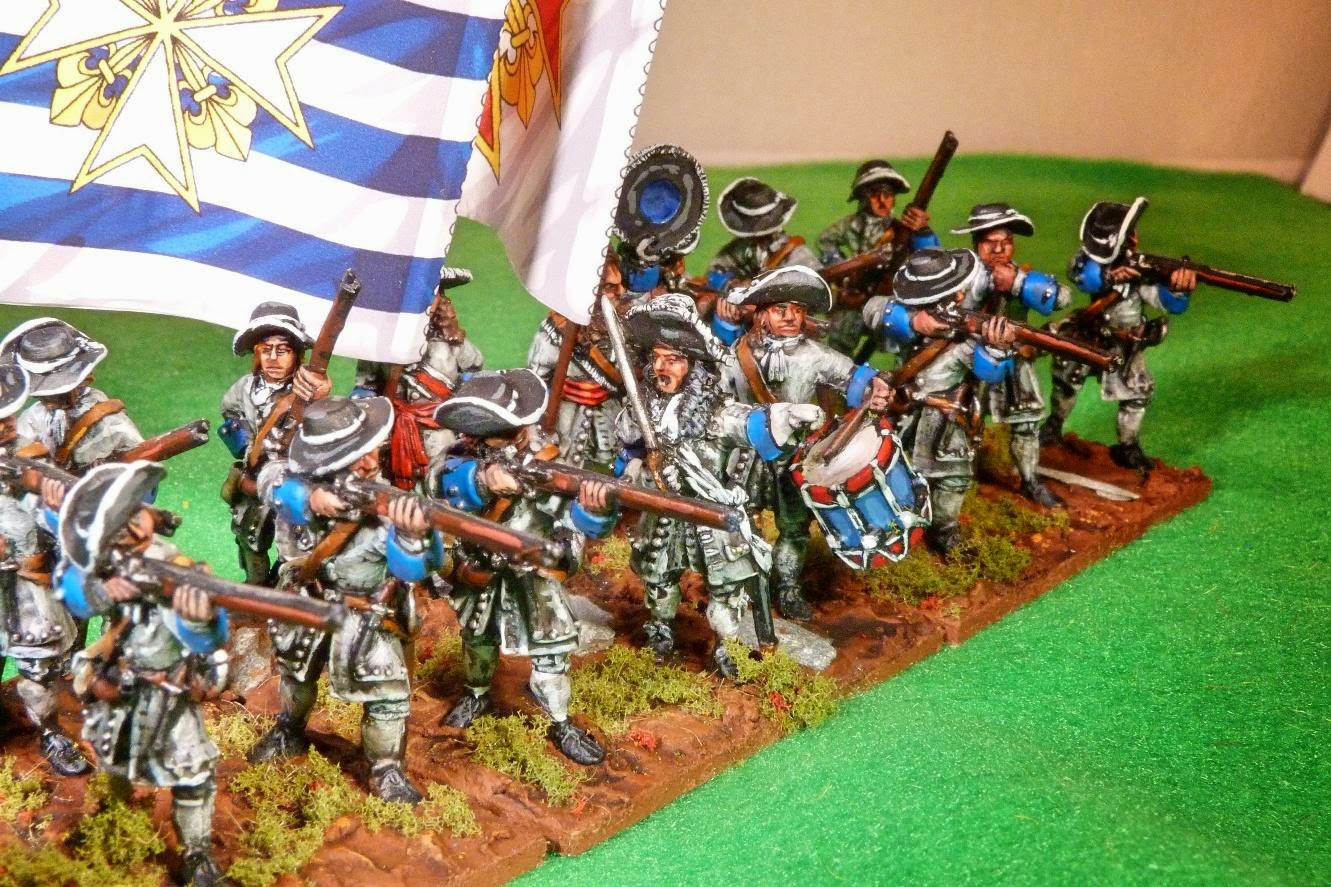 As can be seen the regiments’ shade of grey altered as the project proceeded. Du Cambon’s, the first unit, has a much darker uniform than the others. This was due to me seeing other versions of the regiments and attempting to lighten coat colours as a result. I don’t mind the mixed finish, the chances of all the coats being exactly the same colour (even in the same regiment) would have been slim in any case.
For those interested I used Citadel paints using a base coat Adeptus Battlegrey or Celestra Grey followed by a highlight Codex Grey or Uluthuan Grey, then an ink wash and a final highlight. The ink wash was brown for Du Cambon’s and La Calliemotte's and black for La Meloniere.
Editor - Before the comments start, yes we know facings didn't always match the flag colors, but when the uniforms are unknown it is aesthetically pleasing to paint them that way! We want to thank Colin for taking the time to send us these pics and the articles and I'll take the opportunity to remind everyone that the LoA would love to publish pics of YOUR army so send 'em in!
Share Share on Facebook Tweet Tweet on Twitter Pin it Pin on Pinterest
Back to The League of Augsburg