I bet you thought I'd abandoned this.. 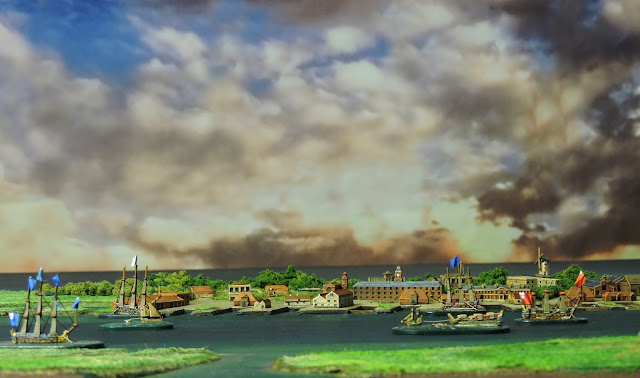 On the contrary my friends, or should that be Integendeel, mijn vrienden! It takes focus to get a substantial project finished and I had run out of gas with changing short term priorities after completing three of the four corners of this table during the late summer.

The most intense section housing the Royal Dockyard and the northern environs of Chatham itself took a bit of planning not least - finding some images of the dockyard around the time of the 1667 attack. Not easy. I found images of the dockyard from the 18th century and a few long distance engravings from the later 1600s. I realized that due to building availability I would only be able to achieve an impression of the yard and not a historically accurate representation.


For all the land side detail, the battlefield in on the water! I will be varnishing the river but this will be done right at the very end of the process. I needed to plan and paint something to represent a Jacobean/Restoration town as at least a part of Chatham. That took quite a long time even though the area is relatively small. 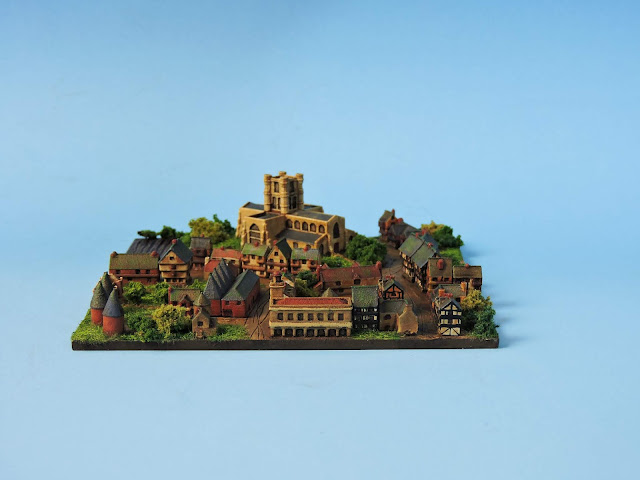 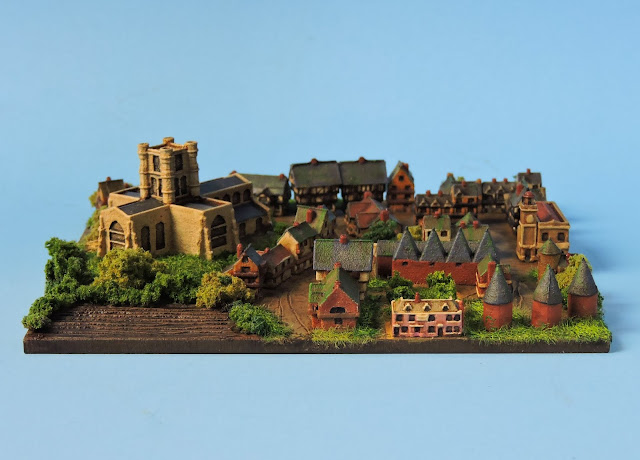 Working in this scale presents all sorts of challenges but yet more opportunities. It is perhaps the most visually realistic wargaming scale as things can take on a perspective relative to each other. The image below reinforces that impression very strongly.

I created some posed shots to provide encouragement for me to get to the end. That worked. I was setting up some of the situations which will come from the planned battle/campaign. I may even get this out on the show circuit at some point when I am ready. 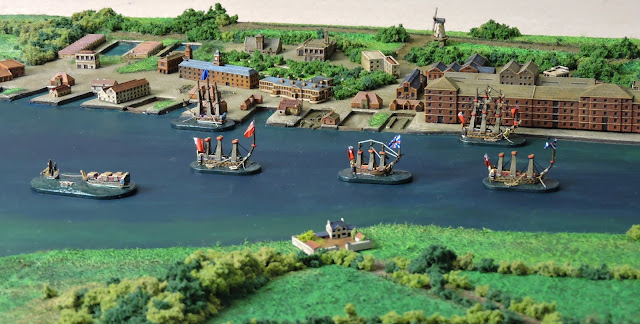 I have gained oodles of experience building this project and when I tackle the next bit (yes there will be a next bit) which is likely to be the Upnor - Gillingham stretch down to the Chain, I think it would complete significantly quicker. Of course, I would not have to plan and build something as complex as the dockyard again. The other two stretches of the Medway I have in mind are the Chatham - Rochetser Bridge section which the Dutch never reached and the Sheerness to Musselbank Channel stretch. 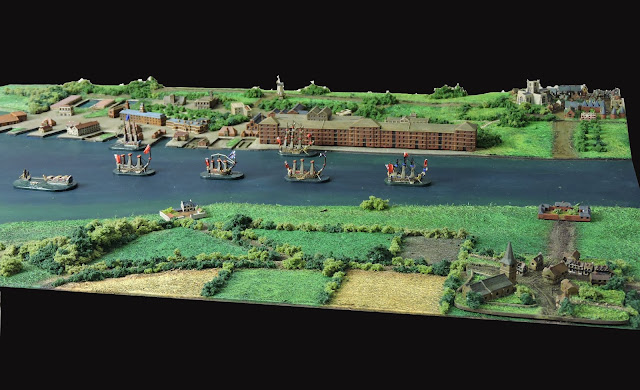 The accompanying shots are a bit rough and I was shooting them quickly before I left for a work trip of a week so didn't dot the i's and cross the t's so to speak.

Of course, I still have the ships on the slipways to finish and have been gathering ideas for how I'll represent those.