I wanna tell you a story..Tales with toy soldiers - COMMAND VIGNETTES

Barry Hilton - I like as far as possible to tell a tale with a command vignette. Some of the most valued pieces in my collection are command vignettes. With just a little thought, nice sculpts, well painted, can really rise to a different level and become unique. 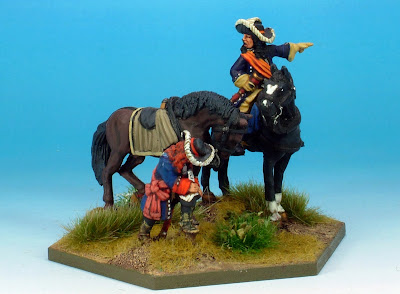 The secret is trying to position the models in the most appealing configuration without adding in too much clutter and other 'business'. Some of the techniques detailed in other parts of this series can of course be utilized to enhance the scene. 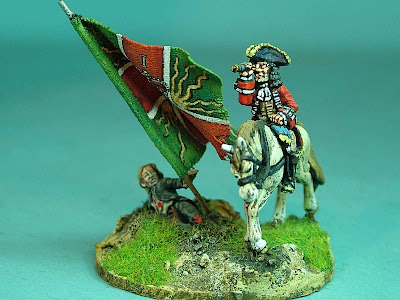 In the past years when far fewer models and options were available I tended to do far more conversion work than nowadays. There is really not too much need for it anymore. 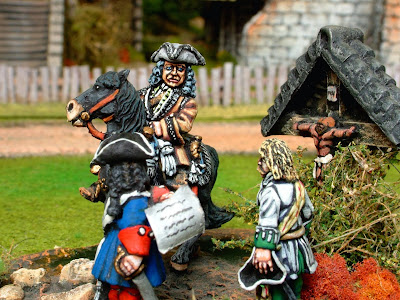 Incorporating a small but significant feature into the vignette can be the final icing on the cake. A road sign, war trophy, broken vehicle or gun, casualty, water trough, small pond or similar can do the trick. 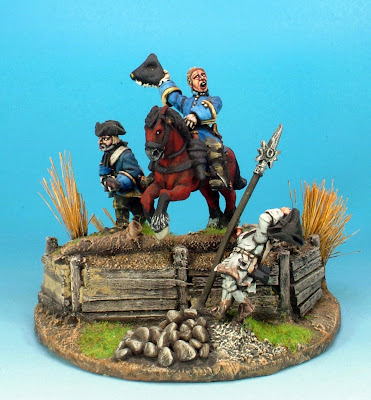 This article is not about the modelling techniques used to create the vignettes but about the finished vignettes themselves. Over the years these have become a League of Augsburg trademark and contributed to the reputation LoA has gained for creativity and aesthetics.