I wanna tell you a story.. Tales with toy soldiers - FIGURE GROUPINGS

Barry Hilton - Personal preference I'll grant you, but I find lines of toy soldiers in the same pose, painted the same, spaced evenly and based unimaginatively as a bit of a lost opportunity. Basing is a very personal aspect of the hobby. Sometimes but less and less so, it is dictated by the restrictions of rules. That is perhaps which basing is such an unimportant aspect of all rules sets I have written. I want the models to look great on the table and I believe their is a strong argument to say that in some respects how a unit is based will have more impact than how the models themselves are painted. 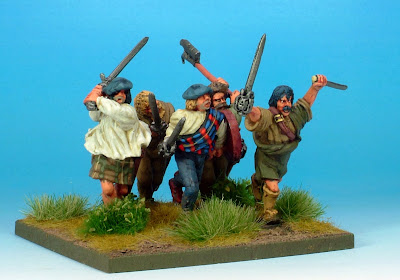 Advancing with purpose
Form a distance of two metres it may well be the base you see first. You will be doing well if you can distinguish the colour of a figures en masse at about two metres. 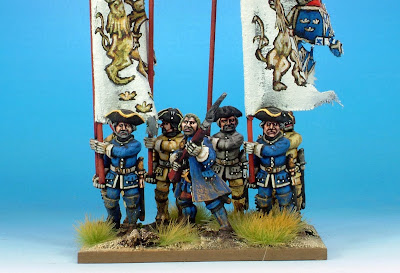 Fatalistic Veterans who know what s in store﻿
I try and group figures in clusters that imply something is happening. Determination, hesitancy, fear, hopelessness, conspiracy, companionship, pride, distain. I think this has limitations but it is surprising what can actually be achieved with some thought. 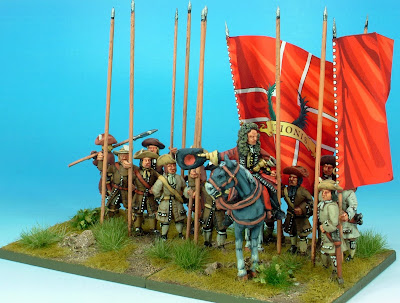 "Hear me men! Today we will carry all before us"
﻿
In this blog post I have included several interesting clusters of models which I hope to your eyes are coherent an at the same time suggestive of something happening. 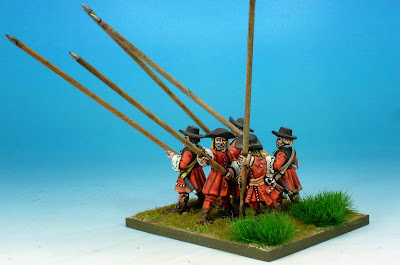