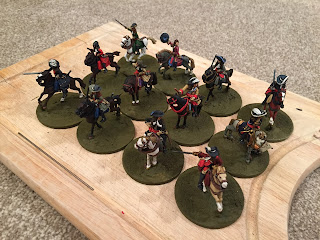 I spent the Christmas break working on individual personality models for the key players in the 1688-1689 period. These feature in volume 1 of the new Ireland book. 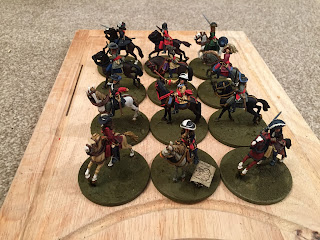 I decided to be very disciplined and complete them all together so having painted 12 (Clarence has already done the 13th - Richard Hamilton), I have gotten them all to the pre finishing stage. By that I mean the figures are painted but the bases are not done. 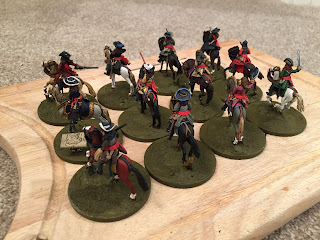 I also wanted to experiment a little with the breadth of the Warfare range by taking various officer models and changing details such as arms, the horse they rode etc. 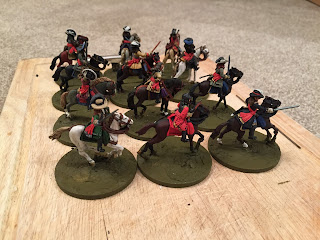 In the collective and quick iPhone shots shown here you can see them all. Everything is from the Warfare range and I have chosen the models and the poses with the individual's in mind. 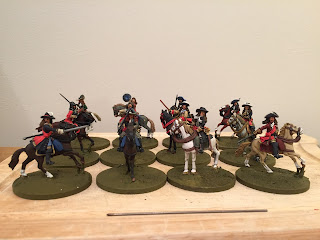 I will do a detail feature on the finished piece personality by personality but for now see if you can pick out.... 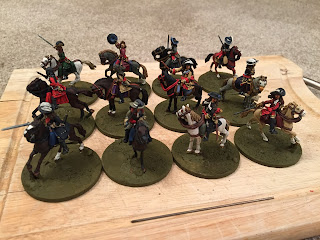 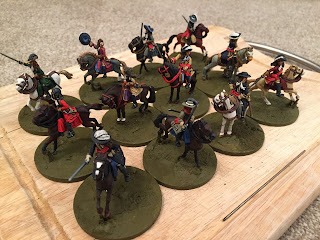 Look out for the detailed features to come. 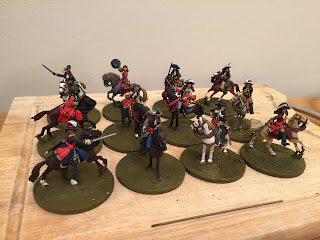