Ireland - the book is definitely coming! 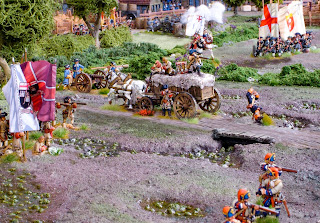 Many of our members have been patiently waiting for what seems like an age for this mythical book on the Irish Campaigns which I seem to have been promising for years.

The story is simple and up till recently typical of projects which are poorly handled. A 'fuzzy' brief, non specific time frames, confusing allocation of responsibilities, no project manager, scope creep and conflicting priorities on other projects. This caused the whole idea to languish in the doldrums.

Inspired in a moment of clarity to fix it, I put aside everything else and got down to taking the shell of the idea and the disjointed pieces lying around in various files to bring it together. That took about 80 days of 'hobby time'. 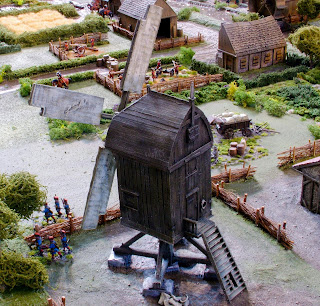 What I have ended up with has both inspired and surprised me. It is no longer one book on Ireland, it is already three books. The first to be issued will come over the summer. It is likely now to run to approximately 200 pages. Its focus is unashamedly on wargaming. It will be profusely illustrated. I have been trawling the archives and editing the pictures which will appear in the book and assessing how many new shots need to be taken. 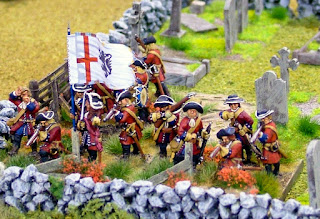 I have already seen the draft layouts and am very pleased with what the designers have come up with as the fabric and feel of the book. Having spent about £400 on raw materials over the last two shows I am pleased to report that all of it is painted! This includes lots of boats, harbour walls, churches, bridges, trees, city pieces and other Irish flavoured touches. Some of this stuff will be featured on the blog very soon as I develop the Irish theme leading up to the book's release. All of it was bought with the sole purpose of including it in the book scenarios. 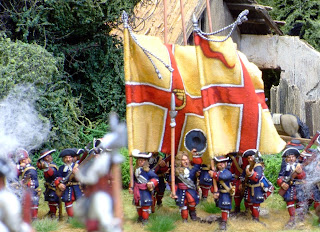 I am also delighted to say the Clarence is now engaged in the project and his first feedback on seeing the manuscript and content was extremely encouraging. "This is the book I've been waiting for" was the very kind comment I enjoyed hearing.

And what of the other two books? One is already finished and focuses on the armies of the campaigns in Ireland and the third is a part two to the first book.