It's Saturday, I'll build a castle

I have several new scenarios coming up for the 17th century naval campaign. I needed something that resembled a Scottish castle. I thought - just a tower. Then, what about a tower on a rocky outcrop? Then that morphed into... maybe I could expand it to look like the stronghold of a clan chief with outbuildings etc.. yeah...

Now, how was I going to do that. Well, two cups of coffee, various rummages through bits boxes, a bit of imagination and..... 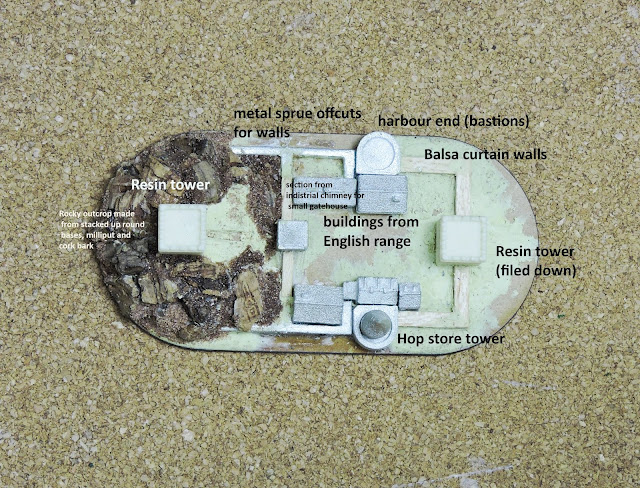 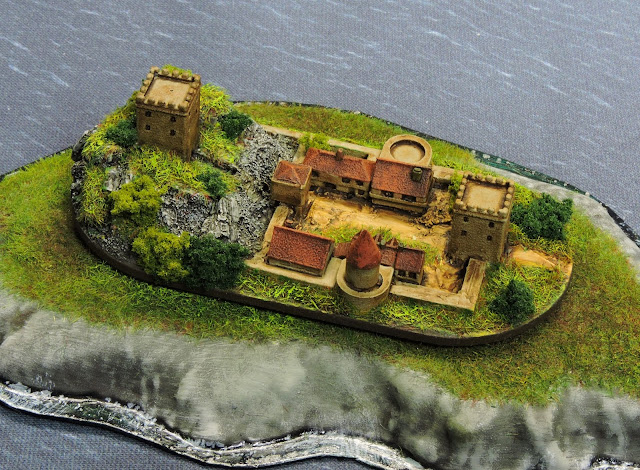 Of course there are purchased components here - the towers, the houses, the bastions. The curtain walls, the heights, the small gatehouse are all scrap pieces, sprues and balsa. 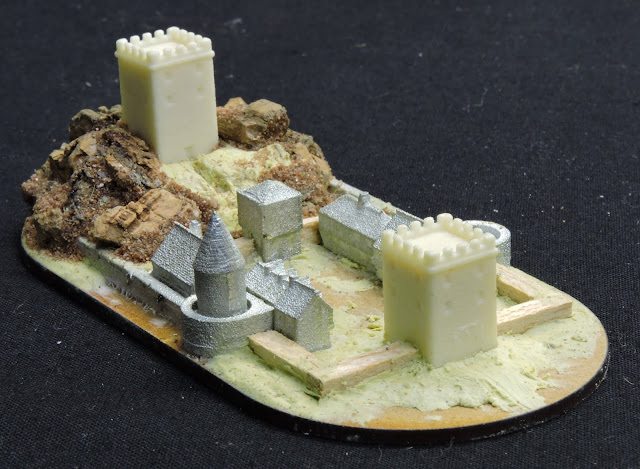 As is my norm, there was no plan. It evolved and it can together. I was pretty happy with the end result which is a fair representation of a Highland castle with features and shapes not uncommon in such buildings or at least in historical artwork of them. 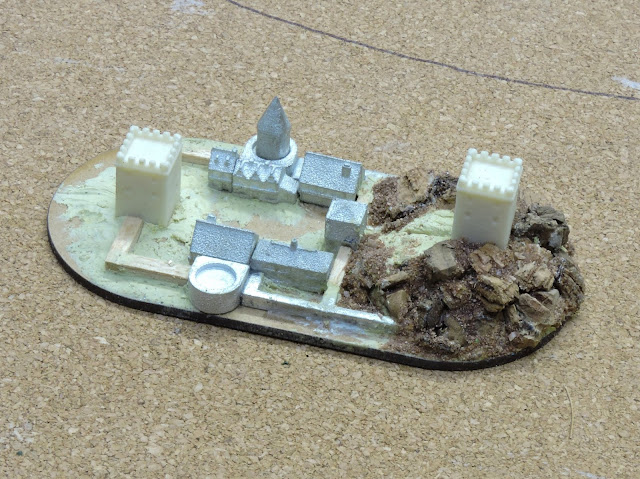 This is about 3.5 hours work from idea to end point. I accelerated the drying as I went using oil heaters and a metal hotplate I balance across the top. The nicest little touch for me was the small gatehouse which is the top lopped off an industrial chimney in 2mm from Brigade Models. The bastions are harbour ends. The round tower is from the Kentish style rural-industrial set. 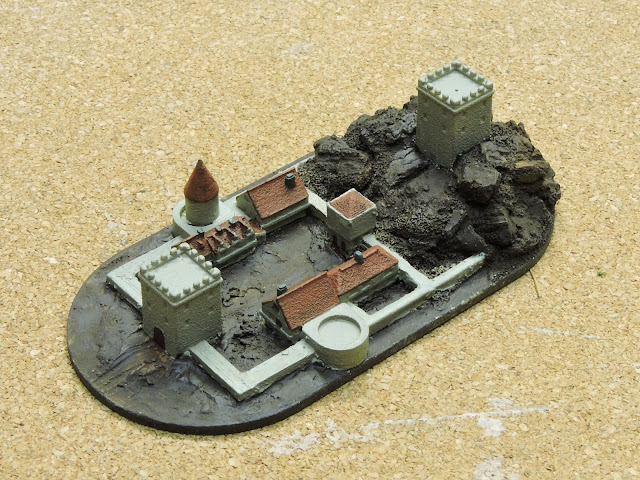 The large square towers are from the castle set selection and are resin. The houses come from the English town buildings and the Kentish industrial set. The base is a 2mm thick MDF piece from Warbases. 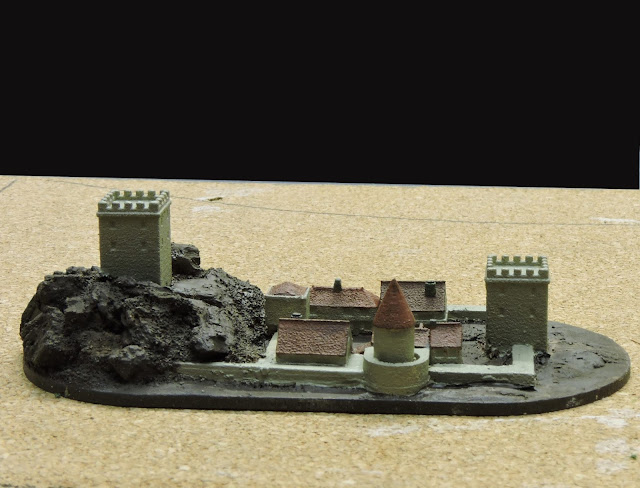 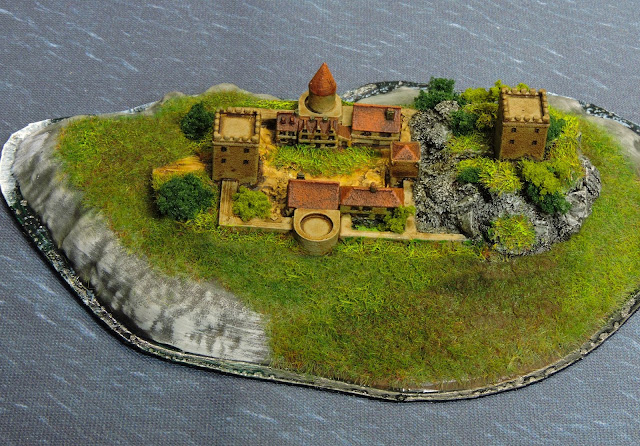 To give the main tower extra height I put it on high ground build of milliput covering three stacked round bases. I also filed an identical tower down by about 5mm and based it lower down, scratching inner and outer gates into the resin with a scalpel. 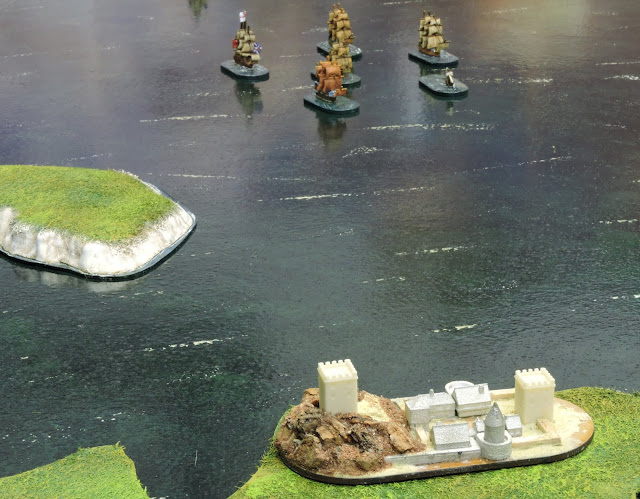 The end result was better than I had expected and is set to be the fictional Macdonald stronghold of Duncreige on the Ardnamurchan peninsula. Dave O'Brien's Jacobite fleet will try and land 1,000 Irish soldiers here to aid Viscount Dundee's conquest of Scotland for King James in April 1689. 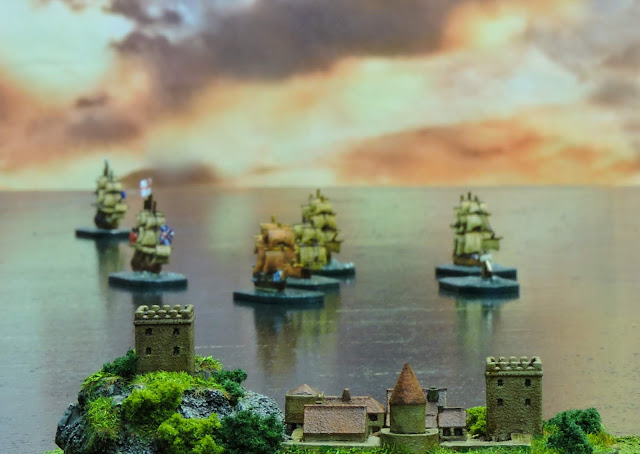 Mock up of the Irish squadron arriving off Duncreige. The game is set for the weekend together with three others. 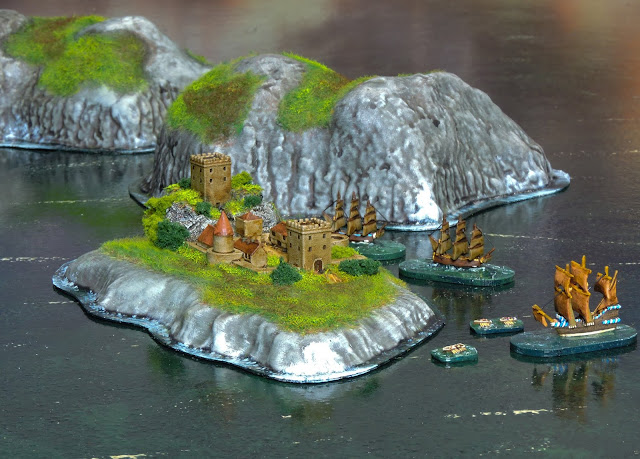