I've been waiting to tell you this for a long time...

Back where it all began. A passionate interest in the wars between 1685 and 1721. No idea that I would become the owner of a figure company. Inheriting someone else's idea of how things should be done and trying to work with that whilst always wanting to move things in a slightly different direction. Picking up on ideas started by someone else which needed completed to help customers finish their armies. 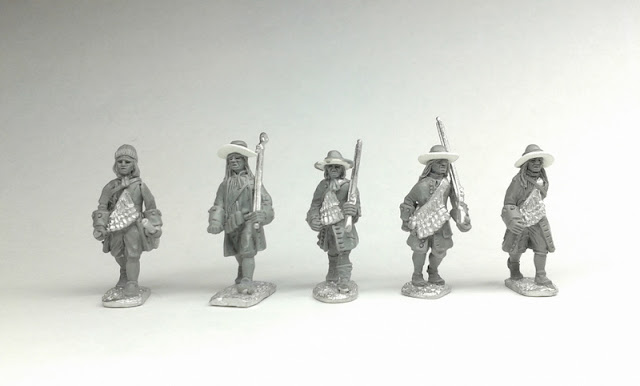 Now, at last, back where it could have begun... figures which are exactly those which I would have chosen to start a range with. Utilitarian and historically equipped, real looking, scruffy  and reflecting the reality of an imperfect world of military short-change and corruption. 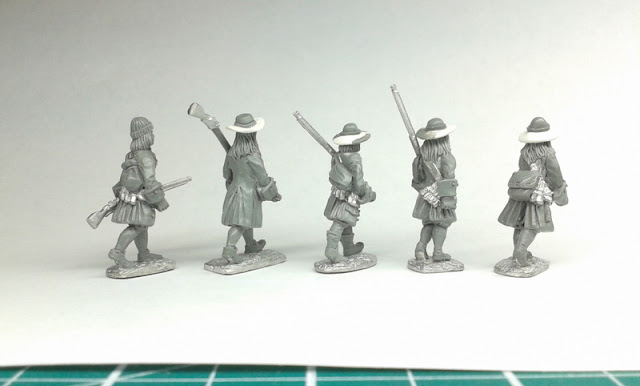 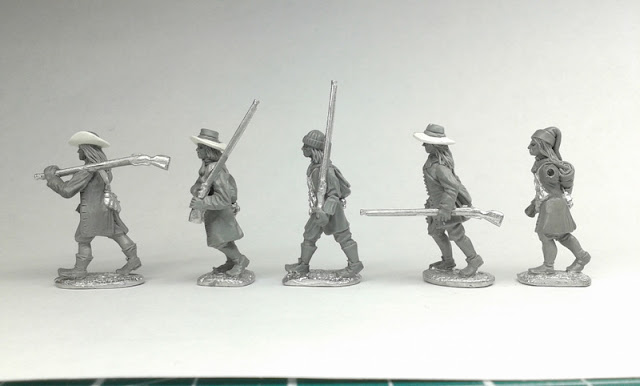 We have the first three codes of military-civilians. Oxymoron? These are designed to represent: 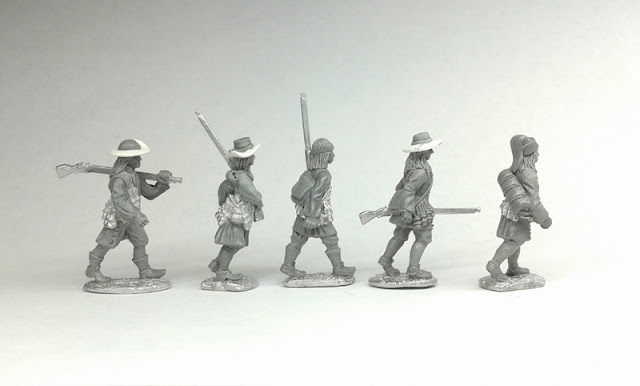 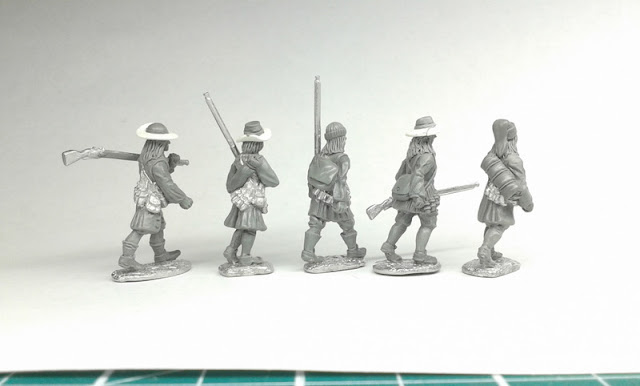 Sedgemoor volunteers
Ill equipped recruits in any western army
Williamite infantry in the early stages of the war in Ireland
Jacobites at any stage in the war
European Colonial troops in North or West Africa, The Americas, The Caribbees, India and Indo China
Militias across Western and Central Europe
Early Russian infantry
Scanian War troops
Rapparees
Covenanters 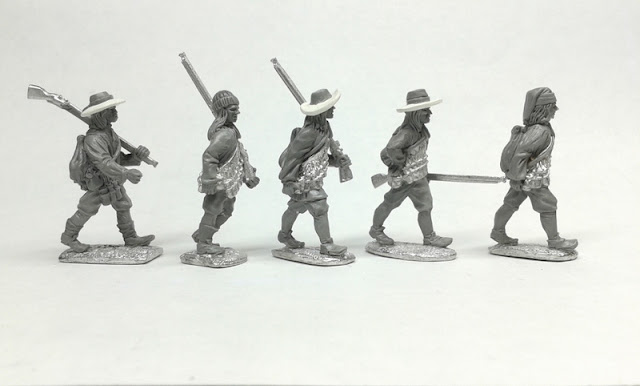 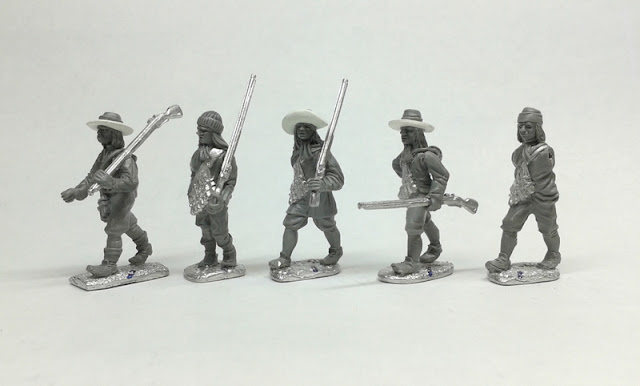 We have begun with Marching or more accurately, Moving poses. We have various detachable arms which can be positioned slightly differently.

We have a set in long military style coats, another in waistcoats which can be painted sleeved or sleeveless and a third in shirt sleeves. We have military style felt hats, dragoon bonnets or fisherman's caps and woollen hats. We have a wide variety of satchels, blanket rolls and bags. We have no men with swords (an often missing item of equipment).

I now get to paint the units I always tried to model with conversions.