Jacobite Trail - On the road with the followers of James

My first official 'gig' as a guide for Promenades travel has turned out to be the Scottish Jacobite tour and not the planned 1689-1691 Irish tour.

A South to north pano of Mackay's position at Killiecrankie. Mayhem on this field 27th July 1689

Day 1 involved visiting the largely unchanged battlefield of Killiecrankie (27th July 1689) followed by a 20 minute journey south the site of the debut engagement of the famous Cameronians at Dunkeld (21st 1689). 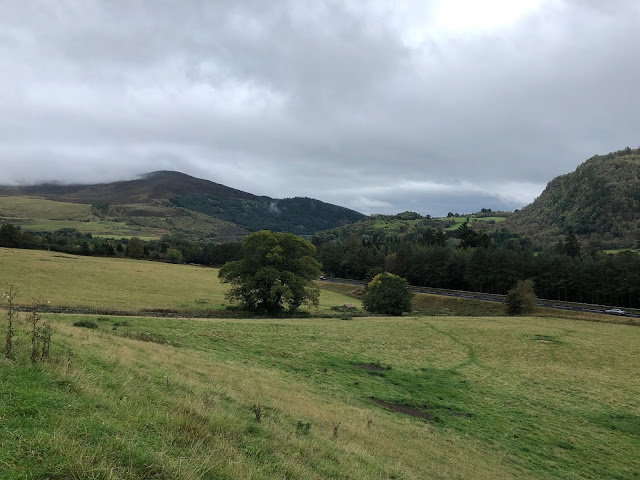 The only way to really understand Killiecrankie and the slaughter of Mackay's army is to walk the terrain and wonder at how an assembly of feudal warriors and a few hundred musketeers were able to sweep away 3,000 largely trained, troops. Most of the casualties were inflicted in the rout but nonetheless the momentum of the charge must have been formidable.

One of the tour guests summarized my description of the action as - it must have looked like an enormous pub fight! Riot was the word that sprung to my mind. The accompanying photos and pano explain it pretty well.

On to Dunkeld and an appreciation of the Highlanders fighting out of patch - house to house in a burning town. My crude analogy was ZULU in plaid. OK, the odds were 5:1 and not 50:1 but the centring of the defene on the ruin of the 13th century cathedral bears more than a passing resemblance to Stanley Baker's mealie bag redoubt. The grit of the Cameronians (like their beliefs or no) was formidable.

That reputation for stubborness is alive in the people of Lanarkshire today, long after the regiment has passed into history.

The group seemd very interested in the tortuous twists and turns of the Jacobite story. Today has been all about 1689 and 1690. Tomorrow we are zooming between 1689 and 1745 with an anti clockwise road trip of over 250 miles from Pitlochry to Pitlochry via Spean Bridge, Inverlochy, Glenfinnan, Fort William, Glencoe and Loch Tay. 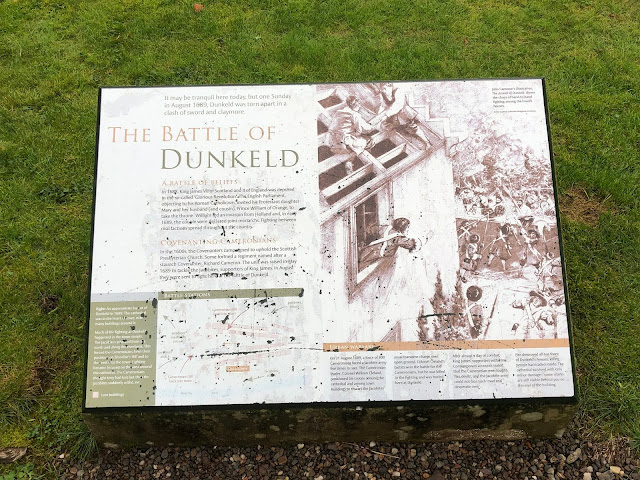