by Barry Hilton November 21, 2018
Janissary dress and equipment changed little from the mid 16th to the mid 18th century. The units featured here could easily be from The First Battle of Mohacs in 1526, part of the all conquering armies of the 1500s or, from the forces who fought at the Relief of Vienna 1683,  Second Battle of Mohacs 1687, Battle of Zenta 1697 and Pruth River Campaign 1710-1711 . 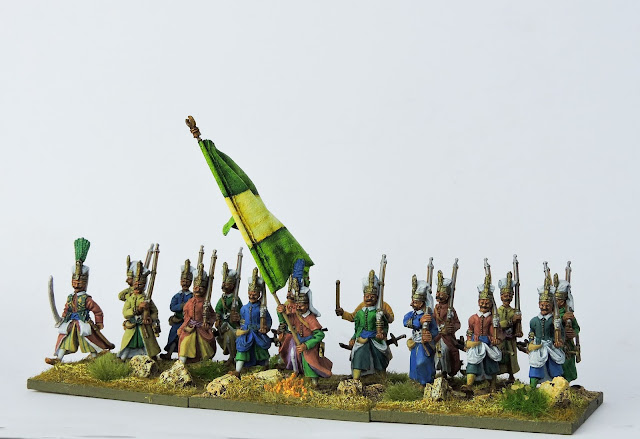 Most of the work was done as a commission by Rob Goodyear. I have based each unit and flagged them. What I like about the way these have been painted by Rob is the interesting mix of colours he has used in each Orta. I used the blend of colours as the inspiration for the banners I did for each. The Orta above mixed blue, green, a soft ochre-green and red pink. This suggested to me that a large, bold and simple green and yellow banner would suit well. The orange which features prominently in the Orta above together with a chocolately - wine shade inspired a very bold flag with arabic writing. I choose a five layered orange field with a chocolate brown oblong featuring Arabic script. This unit has become know to us as the Terry Chocolate Orange Orta! That should mean something to British Blog followers! 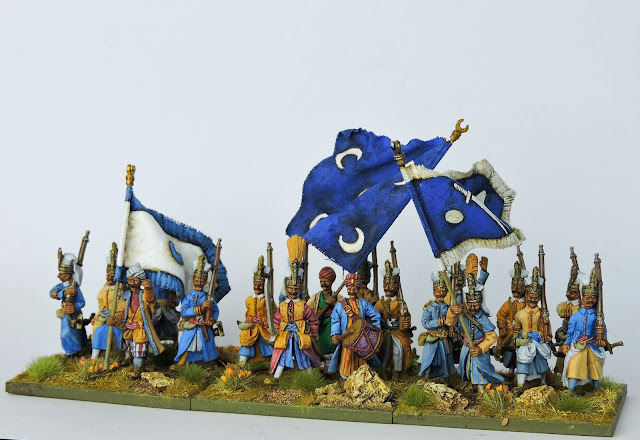 The predominance of blue in this Orta made the Blue-White banner theme an obvious choice for me. The base tones match well with the yellow, buff and ochre of the various Janissary uniforms too. I also decided on bool and simple symbols on the flags rather than complex shapes. 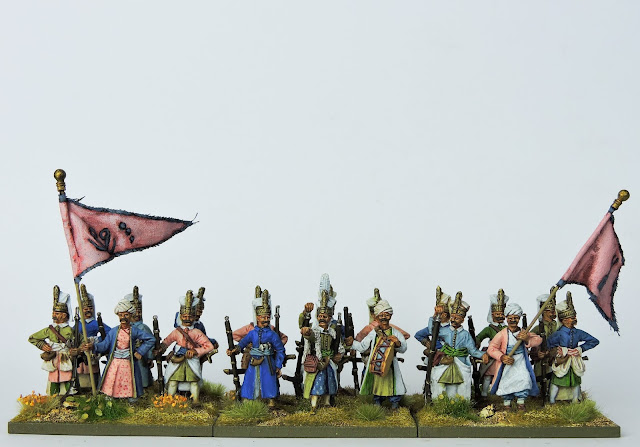 Pink was the shade which stood out most in this unit. Although there is a lot of blue and green, I thought that pink was an uncommon military shade and made this unit look warm on the eye. The flags are detailed and edged in black designs highlighted in Luftwaffe Blue. Another of Rob's units. 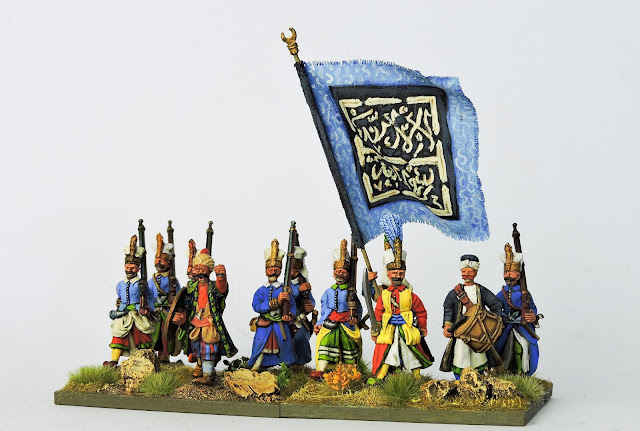 The Orta above is not yet finished and is being painted by me. I chose a very intricate flags design and worked with blue and black as the main themes. The banner for the turbaned figure second from left is also black and is featured in another post in this series. 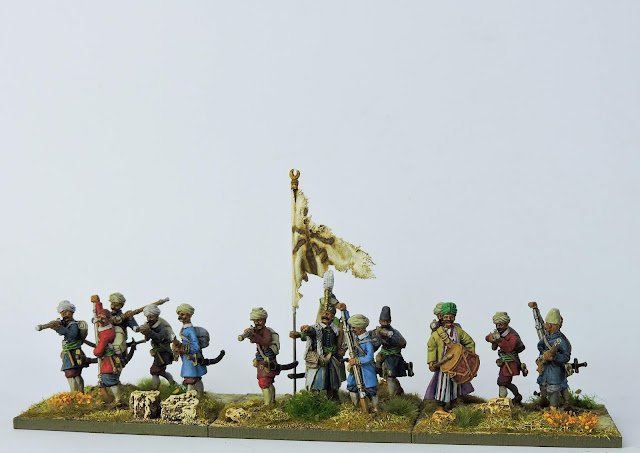 This unit of Janissaries has been in the field for a sustained period. It is practically dressed and its banner is ragged, faded and torn. The white field has gone creme and the black design faded to a dirty brown. The banner is shot and torn by the wind. Some models are missing from this unit. A further three will complete it. 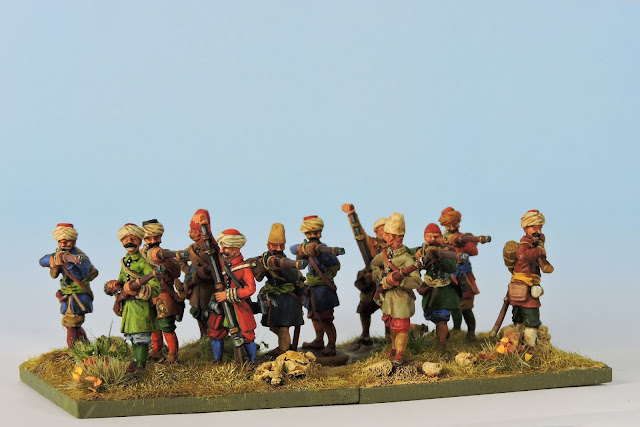 This is also a partially completed Orta of Janissaries in campaign dress. The flag is not yet chosen but will be of similar style to the other unit dressed  in field clothing.