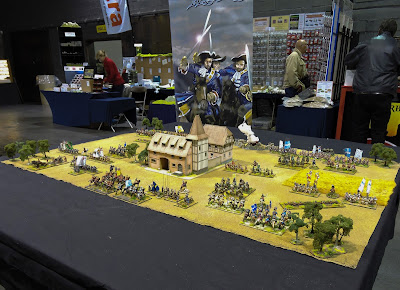 We had decided well in advance that our Crisis game for 2017 would be modest in size but pretty. There was no need to try and take a massive game by car to Antwerp as we already knew that Jon Sutherland would be running his monster Poltava game adjacent to our table. Running another GNW effort would simply have been overkill so we chose Flanders sometime between 1692 and 1695 for our effort. 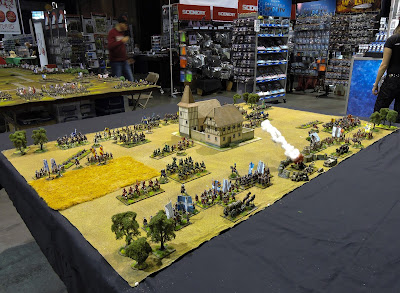 Another chance for Toggy to get his wonderful Aspern-Essling building on the table to lots of oohs and aahs! (yes indeed there were plenty of those). 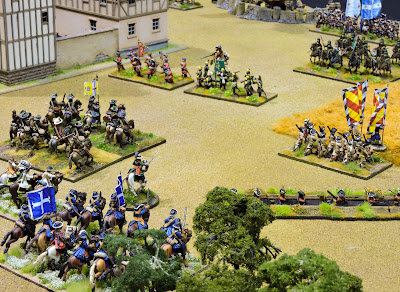 We pushed the French theme and minimised the English/Scots/Irish contingent on the Grand Alliance side to give more of a continental European flavour. 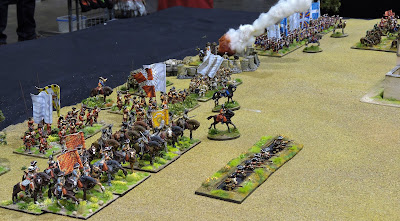 The game feature plenty of dragoons on both side both mounted and dismounted. I had put a little spurt on before the show to get some of these done. Toggy had based up the impressive Gardes Suisses painted by the prolific Rob and we'd done a little re-flagging of utilitarian battalions who could serve in any army. 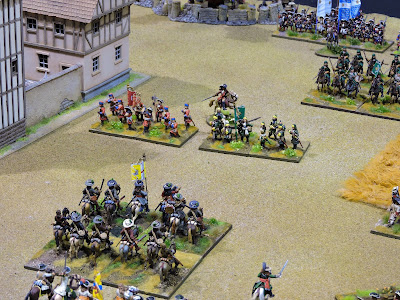 Truth be told, running a trade stand and a demo game with two people is not practical. We did plenty of talking a good bit of trading but very little playing. It is just not possible unless you have a crew of four: Two to play, one to chat with the public and one to run the trade stand. 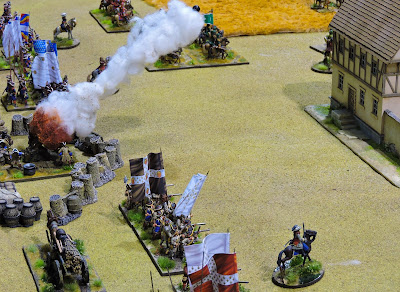 This does not mean we didn't enjoy the show, as usual, it was great but it is not possible to be credible in all departments if you are trying your best in some.

We won;t trade at Tactica this year and will concentrate on the gaming. We will of course take pre- orders and deliver at the show and we'll run the same discount scheme next year for those who take a ticket form us and order with 30 days after the show.