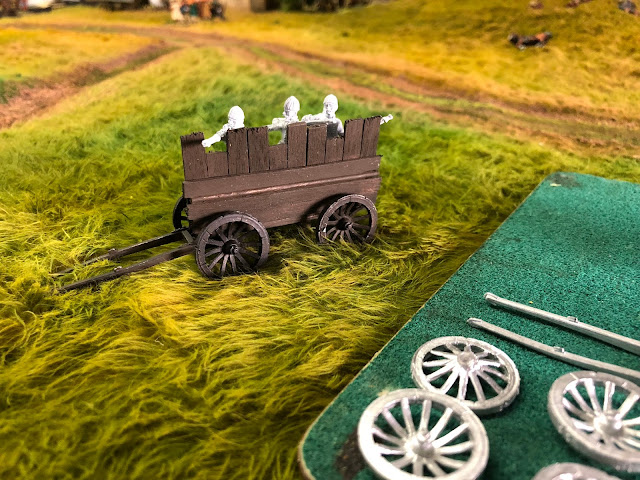 Well, it was a thought that had been floating around my head for a while. I had some vague ideas about how I might scratch build a defend-able 'wagon barrier' but had never gone practical with it. 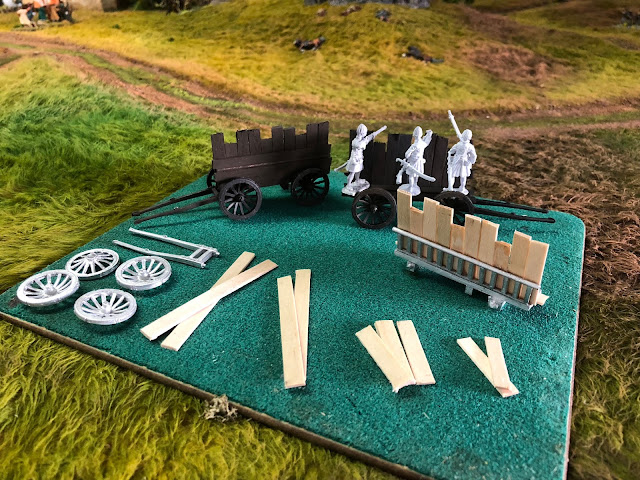 No time like the present - about a month or so till Partizan so nothing like a little pressure to focus the mind.

How many? (it was a question to self).. four? six?... how about twelve? OK. That's settled, oh, and some portable defences to cover the gaps between too, yeah, fine. 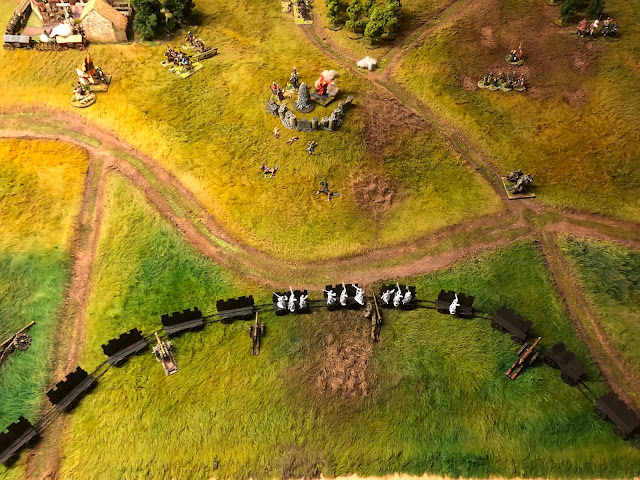 I didn't have a plan but I figured if I left one side off the Warfare Miniatures open wagon WLOA905 and built a wooden wall on the other side that the flat bed would provide a good firing step for singly based models without the wagons appearing too enormous and down scaling the battlefield.

My materials were simple: stirring sticks from the coffee shop, super glue and the wagon kits from Warfare.. I have access to a few of those. 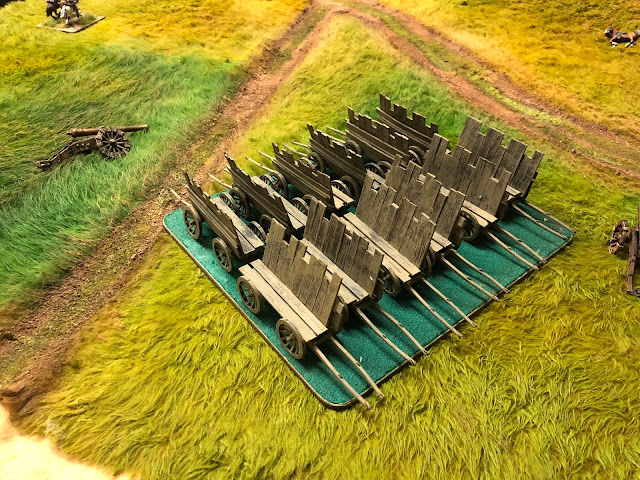 The design was a suck it and see but actually has turned out to be both relatively easy and practical from a gaming point of view. I knocked up all twelve, assembled and undercoated them in about five hours. Admittedly my blades were somewhat blunted by the wood cutting but the labour was not too tedious and the results quite immediate.

For now I have decided not to mount them on bases but to keep them loose which I think will make them more versatile. As can be seen I used four larger wheels simply to give stability and an even platform for the models.