by Clarence Harrison February 21, 2018
Clarence Harrison - With everything else going on around here. I've got a pre-release BLB3 game planned for some friends in early March and I'm scrambling to gather together stuff I need for the scenario. It's stuff I've wanted anyway (like the unit of All Pike painted earlier this month), but the desire to put on a good show is a great motivator to get the lead out!

The scenario has reserve units coming on the board and a couple of light guns are among the reinforcements. While I could just place the gun stands on the table modeling limbers is always preferable to me when moving guns is part of the game. 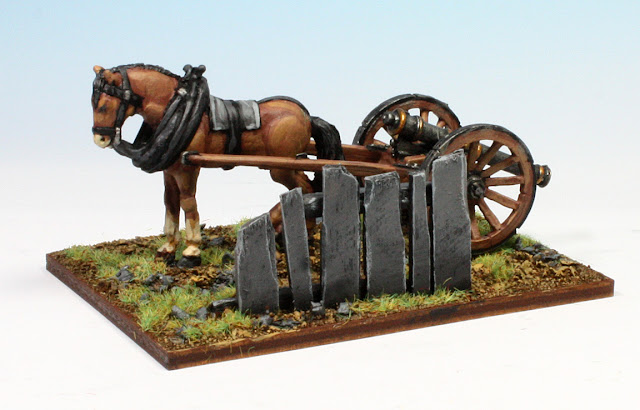 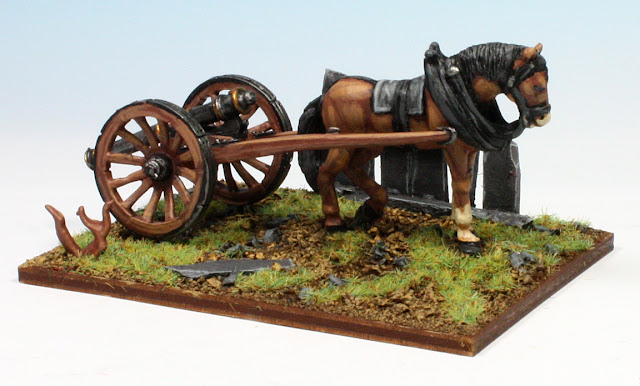 These were simple builds with a couple of parts from the bits box, a quick scratch-built fence, and a pikeman (sans pike) I painted for the uniform feature in BLB2... 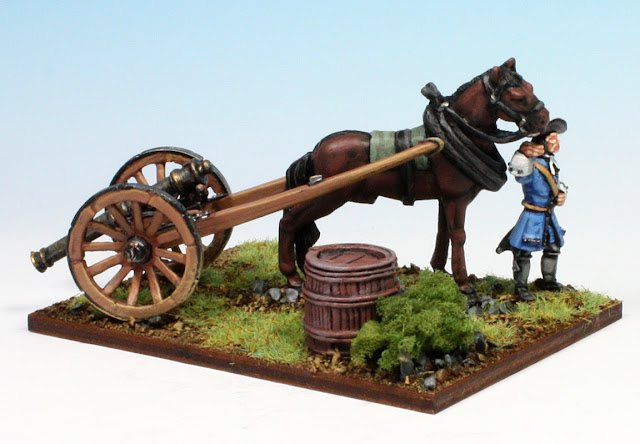 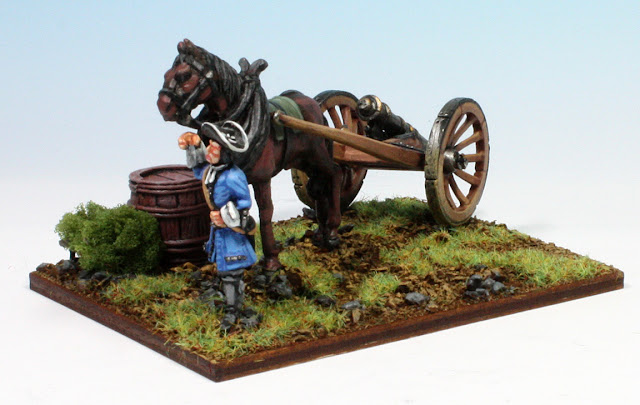 I laid the plans for these models back when I painted my light guns originally. The guns are not glued to the artillery bases, saving me from needing to paint them twice! 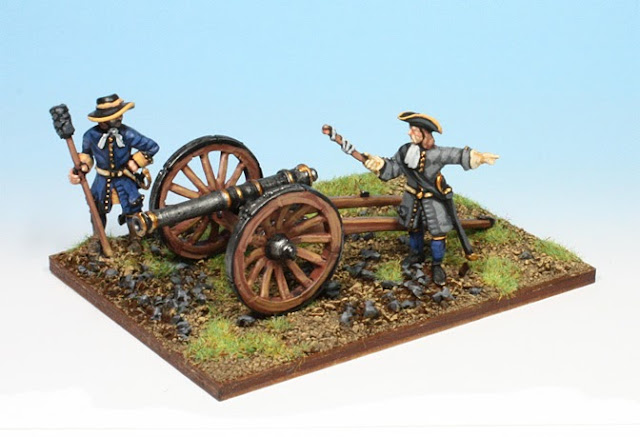 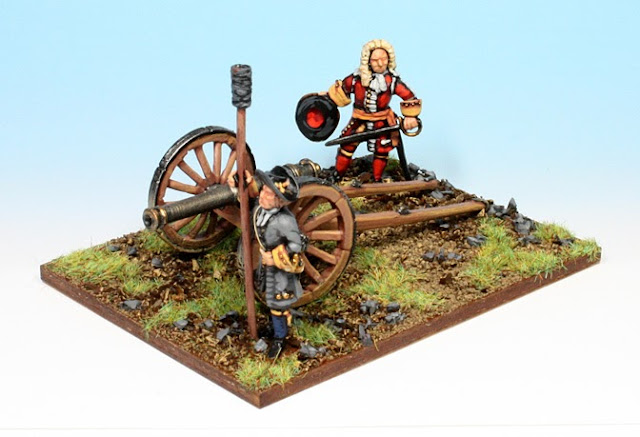