Your Most Royal Majesty,

I regret to inform you General Mackay bested General Hamilton at the village of Drax. We are currently withdrawing, in good martial order, with all colours intact. Your infantry performed most admirably. The Horse from both wings faced superior numbers and saw off several regiments of Williamite cavalry, but alas have been scattered. No doubt most will return to the column as we march.

Your Most Loyal General,

(Sorry, Adam, I sent a courier before the last assault on the village. I've seen how these reports go, so I had to get ahead of the news)

Yes, the day turned into a Williamite victory (boo!) and it certainly was no fault of Adam's despite what Galmoy implied! We had a good plan, but some bad luck early on that had us scrambling and pushed on the defensive. Jim and Mark were great opponents and I thourougly enjoyed the entire event. We must have had 500-600 models on the table at one point. 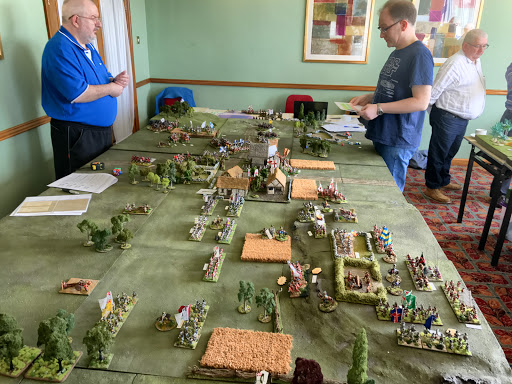 Events at the other table were even more lively, but I don't know the whole story so I'll let Barry tell that tale. All I know is at one point two of the generals from the same side fought a duel (their characters, mind, not the players). There were alliance broken, new republics proposed, profit margins threatened, villas with pools offered, pygmies, alligators... 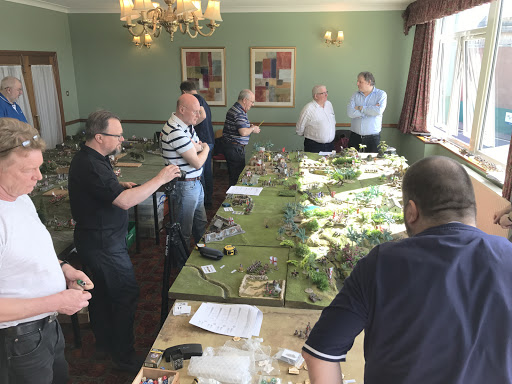 I enjoyed the hotel as well. Dinner both nights was very good and the evenings spent in the bar swapping wargames stories and just getting to everyone was as much fun as the games. 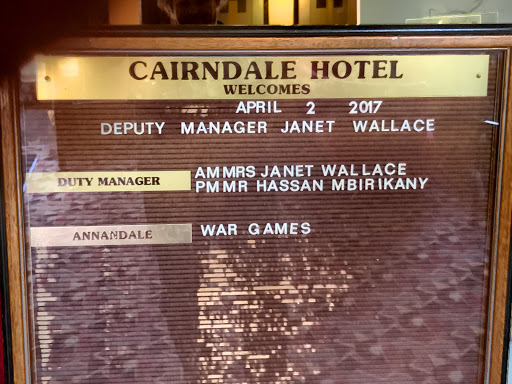 We left the hotel late in the afternoon and drove through some beautiful country... 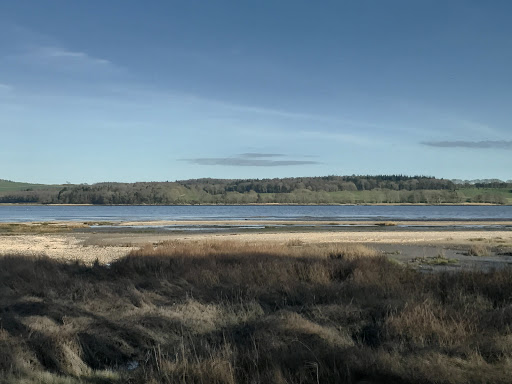 We took the ferry to Larne in Ireland, nackerd (see more Scotish lingo), but in time for Bob and I to have a pint of Guinness. Tomorrow we're heading to Londonderry or Derry depending on where you might live.