Not only did I get to sail across the very spots that Spragge, De Ruyter et al manouevred  and battled with their fleets in the 17th century, I managed to make several other tangible connections with my periods of interest during the annual sojourn to Antwerp.


The girls wanted a stop off en route from Ijmuiden to Antwerp so I thought, why not go to Breda? Reasons for the choice? It is on the E19 more or less, it is near the border, I just recently read about an Anglo Dutch Wars era ship called Breda and I had never been there either.


Good choice as it turned out. They were happy because it was pretty, had nice shops and the weather was good. I struck gold because of the magnificent church, the best equestrian statue of Willem III I have yet seen, the historic Strategic School housed in the old castle and most impressive of all for me - two connections with my main interest.


This was the town the Stuart brothers - Charles and James both future kings, spent the majority of their time in exile during the Commonwealth period and it was also the place where the treaty ending the 2nd Anglo Dutch War was agreed.

On to Antwerp and the Crisis show. Every UK trader I know and spoke to said it was the most profitable Antwerp event for years. I can attest to that. The trade was steady from opening till closing.


I saw very little of the show and managed only to buy a pack of paint brushes but my vehicle is considerably lighter on the way back across the sea. 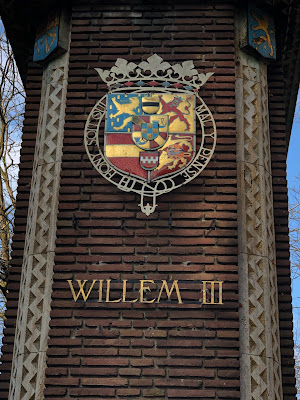 Interest in the GNW and Ottoman wars is on the rise and most of that stock disappeared during the day. I very much enjoyed talking to Lon and Aramiha who had journeyed all the way from Australia (they are in fact New Zealanders but fancied the fast and furious life instead of as they said - everything closing at 5pm' life). They had two PP games on using their own rules - I now have a signed copy of Tribal! My advice is get it! It is designed for non gunpowder skirmishing between clans of various flavours. They also had a very eye catching 1930s Mad Max style game.

Lon told me of the popularity of Donnybrook Down Under and that was very pleasing. On that front, Mr Harrison, several requests were made for us to get the finger out and get Donnybrook Dark and VWQ out there! Are you listening??

The sad passing of wargames stalwart Stuart Asquith was the topic of some conversation and it was lamented that unlike Don Featherstone or Peter Young, Stuart may not be as well remembered by the gaming community. I for one recognize the immense contribution he made over decades. He will certainly be remembered by a large group of veterans.

My little surprise came right at the close of the show. Tin Soldiers of Antwerp decided that my Great Northern War effort should receive recognition as the best Display Wargame of the Show. I was extremely proud and grateful to receive this award as the field was both wide and of very high
quality.


Thank you TSA for a super show, a great commercial day and a delightful prize! We are already booked in our hotel for next year. Roll on November 8, 2020.