Appropriately, this pack deals with the commencement of the 1st Anglo Dutch War between Cromwell's Commonwealth and The Dutch Republic. It features two significant aspects of the war. The first battle under the White cliffs of Dover and the English attack on the Dutch Herring Fleet where in the protecting screen of Dutch frigates was swooped upon by the numerically inferior but more powerful heavy English frigates. 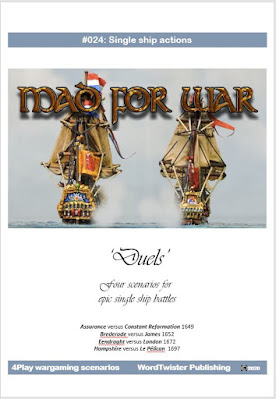 This is a wonderful little collection of ship to ship duels set across four important conflicts within the period. The English feature in every battle:

These duels will stretch and challenge. 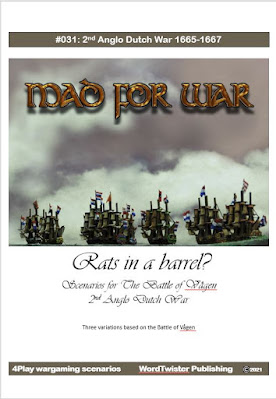 Three scenarios for the fascinating battle fought by two anchored fleets in the harbour at Bergen, Norway. The Royal Navy on a secret mission to steal £500, 000, 000 worth of cargo from the Dutch East India Company. Clearly the company was not going to give up that kind of wealth without a fight. 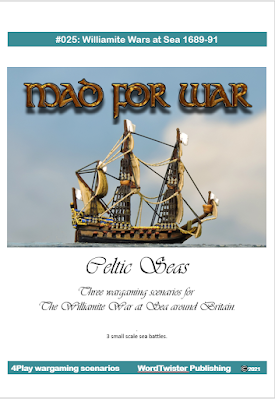 Three scenarios set during the war of the League of Augsburg and featuring English ships of William III's navy against French warships. The first is Jean Bart's and Forbin's fight against two English frigates off Guernsey, the second is a battle between the Scottish Navy and Jacobite-French ships off the Hebrides and the third is Rooke's confrontation with Mosnier's French frigates off the Antrim coast. 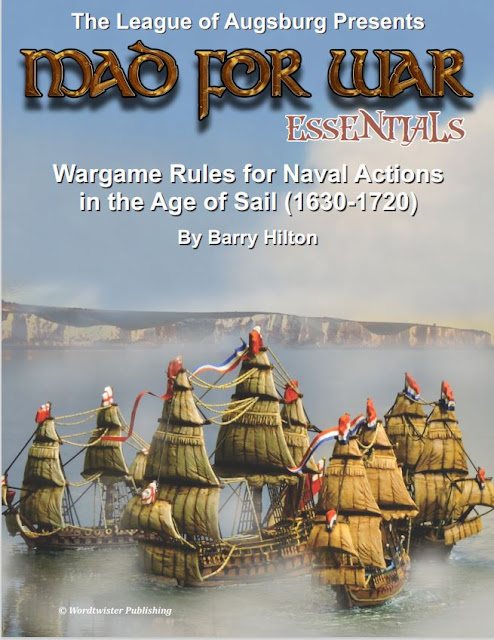 All of these games can be played with Mad for War Essentials and the the two dimensional overhead play view ships contained in the rules. You don't have to paint a single model!