Mad for War Essentials - play without painting a single ship! 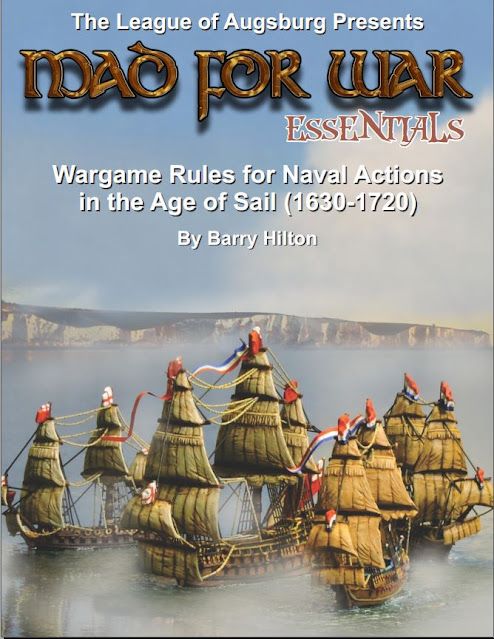 I  have been blogging less frequently these past days because.... Clarence and I have been rushing to get Mad for War Essentials  ready for release later this week. 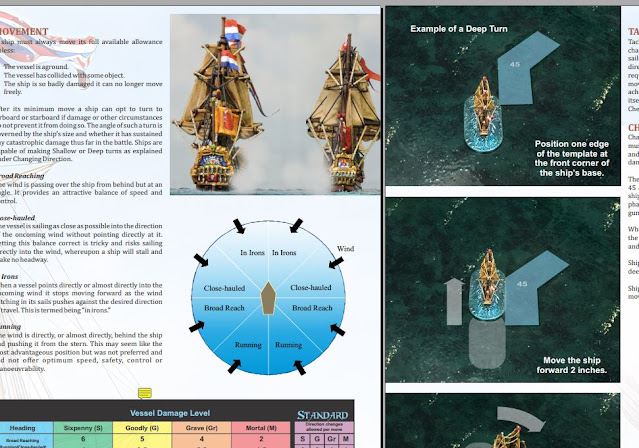 What is Mad for War Essentials ?  The core rules to get gamers started with the new system. It contains everything you need except the tape measure, dice and table to get  Mad for War launched and find your sea legs. Eh, everything you say?

To eliminate the frustration of having to paint up ships before you can game we have even provided a set of overhead cut outs of ships for you to use straight away. There are 30, 40, 50, 60 and 80 gun ships able to be printed at exact size to get your fleets together quickly. Just put them on card or even use  paper versions.

Essentials contains four starter scenarios with a building level of intensity from single ship duels to small squadron action. It has a points table. It has all of the mechanisms for sailing, shooting, fighting, fireships and morale. We've included turning templates for cut out and use and provided enough background info to put your battles in context and allow you to think about building up a squadron or fleet(s).

The whole package is supported by instructional videos on the rules which will begin being released this week on our YOUTUBE channel together with run throughs of the four Mad for War Essentials scenarios.

I have uploaded a new Ships Guide video here:

The rules will work equally well for 1/1200, 1/2400  and 1/600 scales without adjustment of rules data movement and shooting ranges. So if you have ships in other scales - try the rules out.

Here is a selection of what can be achieved in relatively modest playing space with 1/1200 and 1/2400 scale models and Mad for War.