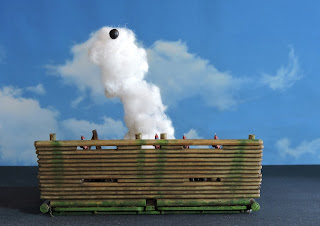 Sometimes when you get an idea you just have to run with it. I wanted to get back to the kind of creativity which go the League of Augsburg a good reputation in the first place and I have not been able to find the time to indulge that for quite some time. 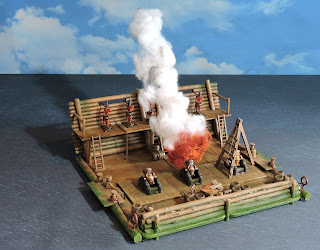 Toggy always say, ' big units, massed battles and plenty of flags sell figures'. I agree, but for the Claymore game which took the 2nd prize for Demo game at the show, I wanted to feel unconstrained by selling lead and just enjoy the modelling.
I turned to the ubiquitous raw material which has appeared many times before in my scratch building - the humble cork dinner place mat (used). 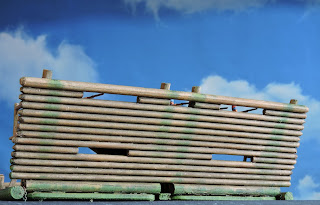 I am neither carpenter nor engineer but I'm not bad when I get going with basic tools and glue!
I was able to turn this 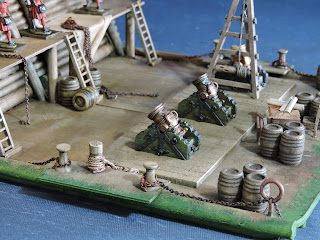 I found some online justification for my Frankenstein creation as the Swedes used floating gun platforms in the Great Northern War. I needed no further encouragement. A Russian mortar platform for bombarding Stockholm was on the agenda. 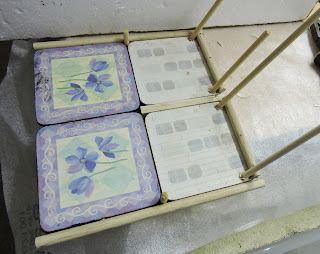 The base is a medium sized place mat. The deck is four smaller place mats scored with a scalpel to produce a decking effect. I build this in about 7 stages over 10 days. The total construction time was about 14 hours. It is painted with chocolate emulsion and some Vallejo acrylics and washed in ink-water solutions. 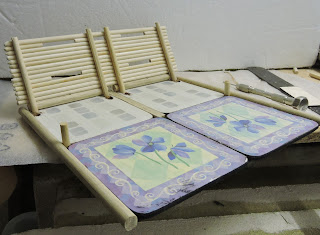 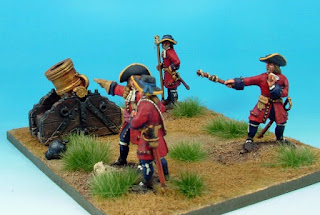 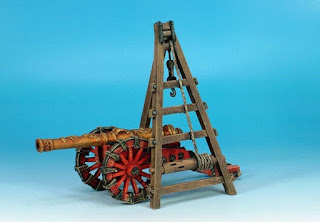 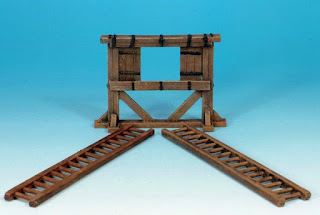 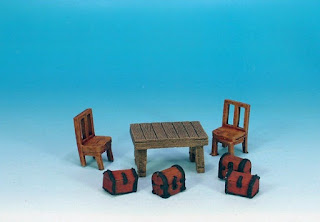 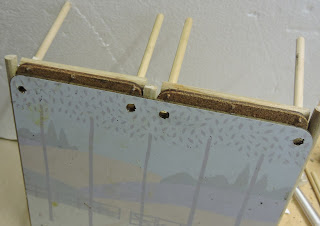 In each of the How to pieces associated with the platform I'll throw in some eye candy shots. 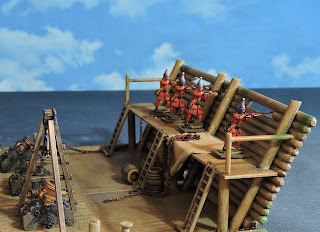