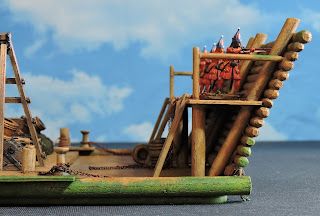 There was some degree of hit or miss with the making of this piece. I am too impatient to measure everything like a craftsman and tend to size things up by sight and judge it. As a result one or two distances are marginally off. I satisfied my OCD by making up the excuse that the Russians constructed the platform in haste and so did not themselves seek perfection, rather functionality.
The idea of projecting the front face forward was to deflect shots away from the platform. I thought it looked pretty good! 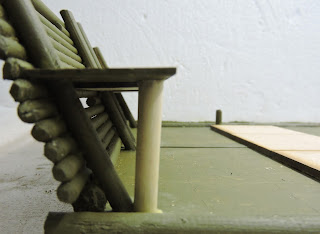 Having constructed the front face my initial idea was for a single level, no firing platform and an observation tower in the front face centre protected by wooden screens. I was at first going to have two halves of protected wall with a 2-3 in ch gap in the middle where the tower would sit. I realized as I was building that this might be awkward and went for the continuous shield across the entire deck. I then thought about two levels of musketeers firing and protecting the platform against assault. 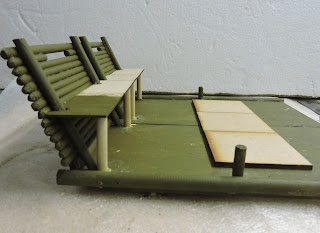 The raised mortar platform was also an afterthought. My first idea was a flat deck. Then I was going to build a significantly raised bomb platform but thought this would be unrealistically cumbersome. The 3mm raised plinth proved to be an excellent solution. 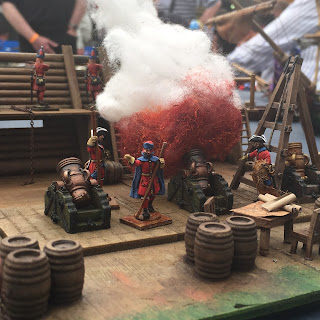 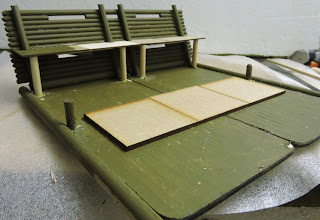 The capstans are map pegs from a stationers. I put safety rails on the sea - side of the musketry gallery but left the platform facing rear side open. This was tricky to build and if I was doing it again I learned some valuable lessons first time round. 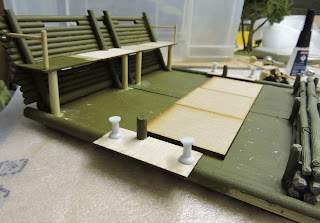 Although I was sorely tempted to glue the rear defensive log barricade on it proved smart to leave it loose as great photos can be taken viewing the whole deck open from the rear. 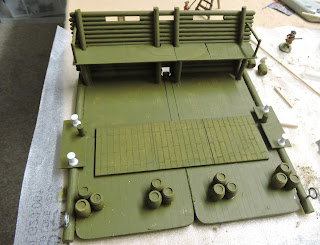 The shots accompanying this post show various stages in the construction together with shots of the finished piece. 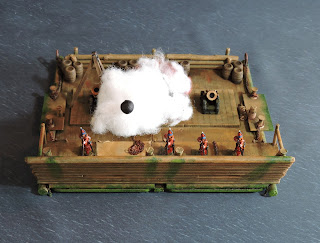