Anyway at last I have some units of Danes to show as I imagined them when first commissioned as sculpts. Smart uniforms, martial air, nice colour combinations - the Danes are one of those wargaming contingents which ticks every box - ubiquitous over an extended period, manageable in size, all arms present, nice uniforms and flags, a considerable amount of glory, some controversy and as I have said before.. the ain't nothing like a Dane! 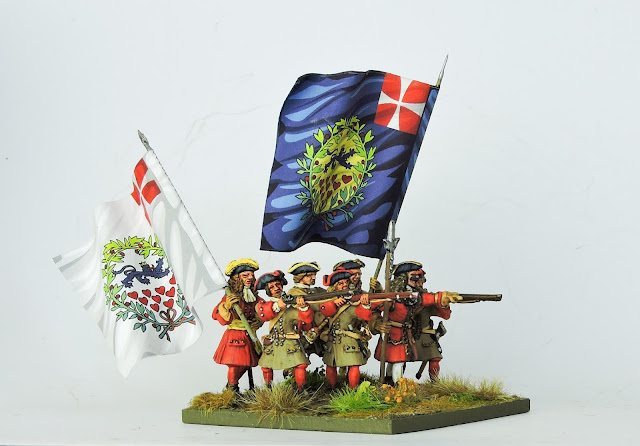 My main interest in the Danish contingent started with their involvement in Ireland. A reputation for professionalism and experience saw them used in the front line and frequently. Off the top of my head The Boyne, Limerick, rapparee suppression, Cork and Aughrim all spring to mind. 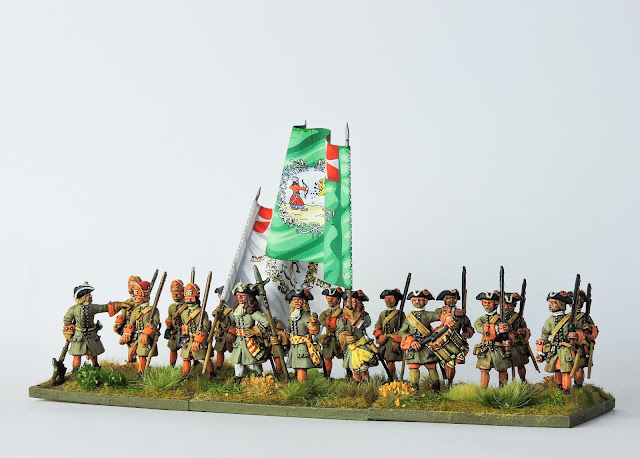 As I clicked through the categories the site manager told me I had exceeded the number of characters in the label list I clicked so many. That is because the Danes have significant numbers of fingers in every pie from the Scanian War to the Great Northern War. With a uniform change around 1690 which probably didn't reach all troops in the field for a couple of years at least the double breasted coat Danes could be used from the mid 1690s through to the end of the Great Northern War if you are not tricorne-allergic. 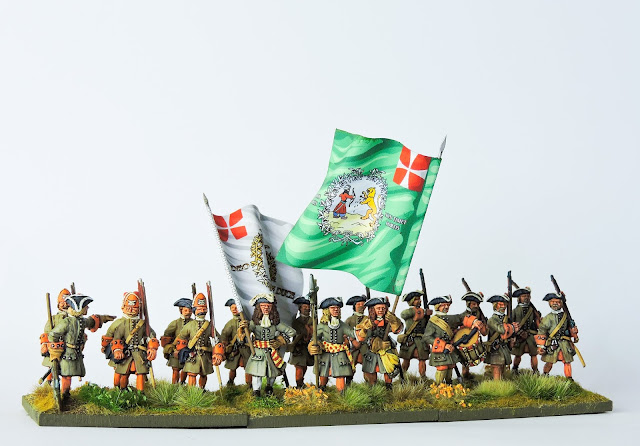 Danish regiments were multi battalion with larger companies that English regiments so if as I have done, you want a few more grenadiers in a battalion which always looks nice, that is possible and proportionately accurate.

Danish cavalry is interesting too. There is enough evidence out there to support or rebut the cuirass argument if you look hard enough. The Danes managed to get involved in many of the greatest battles of the age and so if you are not fussy about the 1690 uniform change, a change from Christian V to Frederick IV thus prompting a few flag design modifications and the soft transition from informal to more formal tricorne, you can make a modest Danish contingent spread from the mid 1670s through to the end of the Great Northern War.

Warfare Miniatures will be offering a Danish Starter Army comprising of 4 infantry battalions, 4 cavalry squadrons, one field gun with crew and three generals for £220 post free from August 2019 which is a saving of  between £20 and £40 depending where you are in the world.