by augsburgeroberst October 27, 2019
It was with interest, pleasure and gamer's curiosity that I opened the mails from participating blog members concerning the construction of their fleets for the occasional games which will be run and retold here.

The first is chosen by a Dutch gamer who will go under his nom de guerre... Jan Baert or as he is known beyond the Dutch speaking world - Jean Bart.  'Terror of the Dutch' and all round swashbuckler. 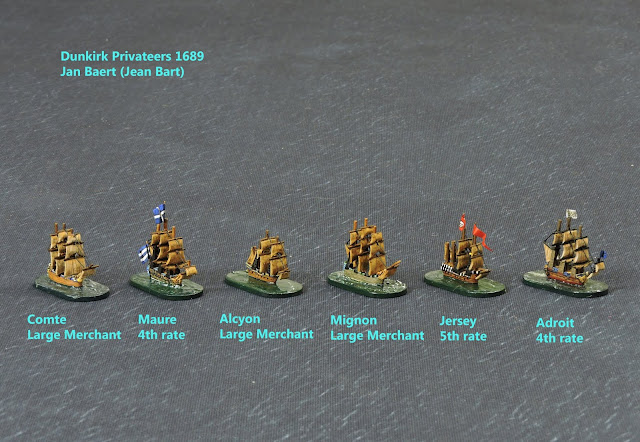 Born in 1650, native of Dunkirk, Dutch speaker and son of a fisherman or corsair, Jan enlisted in the Dutch navy but was unable to rise through the heirarchy being of non-noble birth. He turned privateer out of Dunkirk and through his many deeds of derring-do between 1679 and the end of the Nine Years War, became a French admiral and enobled. He raided Dutch commerce in the North Sea and Mediterrnean and burnt a Scottish castle and four villages. He won the battle of Dogger Bank in 1696 at the head of his privateer squadron capturing five ships and burning 25 more! He died in 1702.

I think this is an inspired choice for a fleet which will be known on the blog as the 'Dunkirk Privateers'. I don't want to give too much information away in case other players come up against them but, this fleet consists of six ships with the precise detail of armament and crew quality being kept secret until battle! 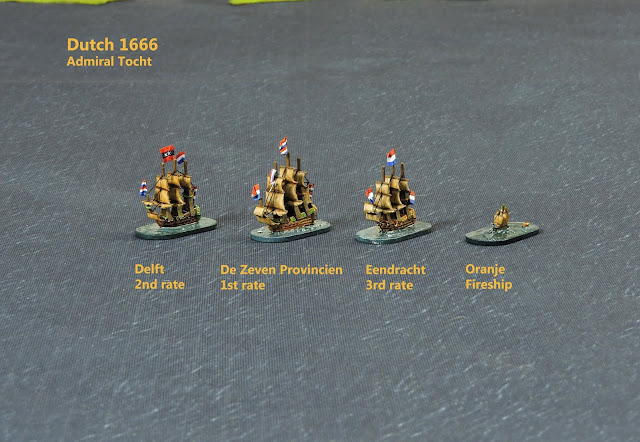 The second fleet is a perfect foil for Jan Baert's squadron. It is a powerful force chosen by an English member of the blog representing the Dutch Republic and led by Admiral Tocht. It has four ships and will undoubtedly cross swords with anyone and everyone attempting to stymy Dutch commercial mastery of the High Seas. Availing himself of the considerable naval resources of the United Provinces, Tocht's ships under captains van Nes, Jansz and de Ruyter will undoubtedly relish the opportunity to do battle. 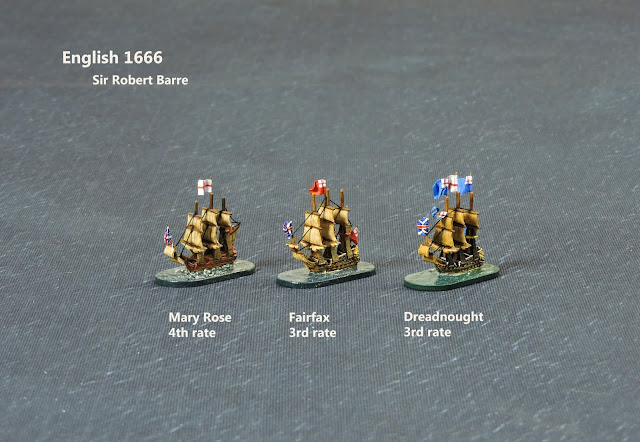 The third fleet consists of only three ships. From this it may be inferred that these are well crewed and armed. It is an English squadron under Sir Robert Barre and consisting of two 3rd rates and a 4th rate. Although drawn from the Restoration period it could serve equally well in the preceding Commonwealth or later Williamite decades. It may find itself serving in home or foreign waters. 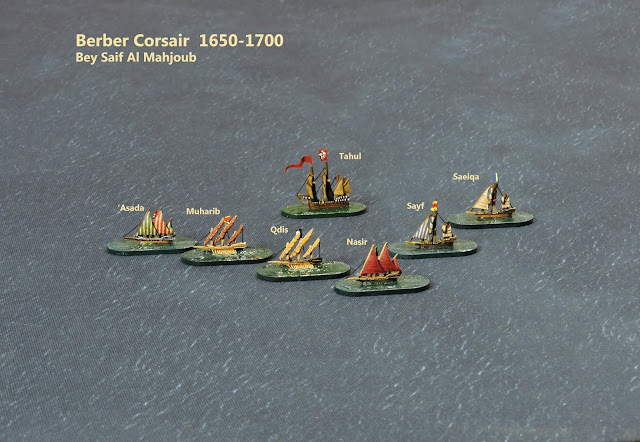 The fourth fleet may well cross cutlasses with Tocht's or Barre's squadrons and who knows, perhaps also with the Dunkirkers. It is an exotic command based out of Tunis and led by Bey Saif Al Mahjoub.It is an amalgam of Berber corsairs and European renegades which ranges far and wide across the northern seas in search of plunder, prizes and of course, slaves. It has four xebecs: Saeiqa(Thunderbolt), 'Asada(Lion), Sayf (Sword), Nasir (Eagle), two xebec galleys Qdis (Saint) and Muharib (Warrior). It also has a European manned 4th rate captured from the Genoese named Tahul (Convert). 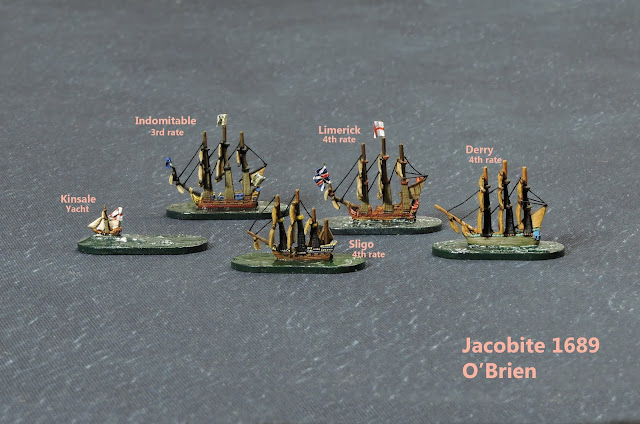 The fifth fleet is also somewhat unusual. It is Jacobite and of 1689 vintage. It is led by David O'Brien, youngest son of Daniel O'Brien, Lord Clare. It consists of three 4th rates - Derry, Sligo and Limerick, a fast yacht - Kinsale and an allied French 3rd rate Indomitable. It may meet several different opponents and could range wide and across the Atlantic in addition to performing duties around the island of Ireland and the coastal reaches of mainland Britain. 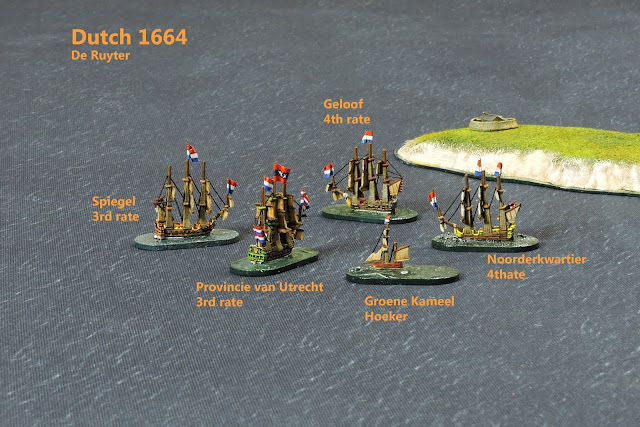 The sixth fleet is the pick of another UK based player. It represents that which Michiel de Ruyter took to Africa and the Americas just before the 2nd Dutch War of 1665. Its ships have lighter guns and will be nimble at sea.
The flagship is the 68 gun 3rd rate Spiegel. It is accompanied by the 58 gun 3rd rate Provincie van Utretcht, the 4th rates Noorderkwartier and Geloof each of 50 guns and a hoeker Groene Kameel.

Whether these fleets meet each other or, in missions yet to be revealed battling against 'house controlled' fleets remains to be seen.