by David O'Brien June 24, 2013
David O'Brien - Following on from my recent post regarding the Tangiers regiment here are the opposition, the Moors.  These have also been based for gaming using Clarence's Donnybrook rules and are a mixture of figures from various manufacturers, mostly Gripping Beast, Hinchliffe and The Assault Group.

By the period of fighting that I'm interested in 1680's, the Moors had been heavily influenced by Turkish fashion which is why many of the figures have been taken from The Assault Groups Turkish range and having had the pleasure of painting them I am now keen to do a generic Turkish force for actions around Vienna. 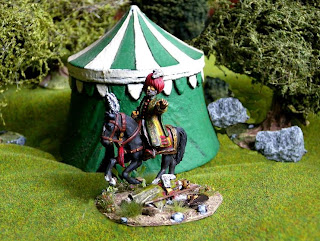 This gorgeous figure from TAG is my commander for the Moors, his pavilion is from the old Ian Weekly range. 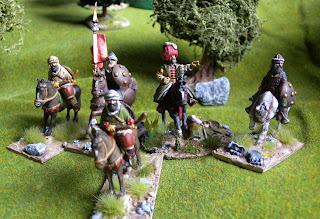 These are a range of character figures each of which has abilities to aid your force in action.
You can have characters mounted or on foot as seen below. 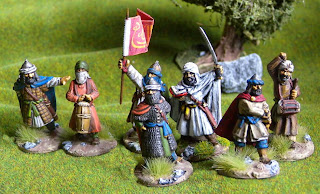 All these figures come from Gripping Beasts El Cid range which although hundreds of years apart the happily fit into my period of interest as well. 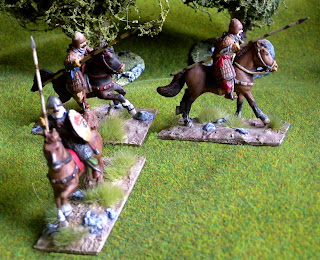 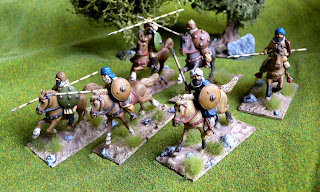 These six figures represent a drilled cavalry unit armed with lances.
All the cavalry figures are from Gripping Beast. 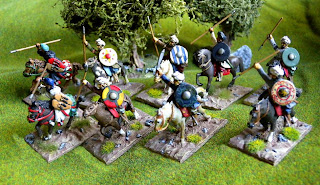 These 'veteran' warriors of many years experience represent a nine figure recruit cavalry unit armed with javelins. I also have the option of just using six figures and fielding them as a drilled unit. Aged figures by Hinchliffe. 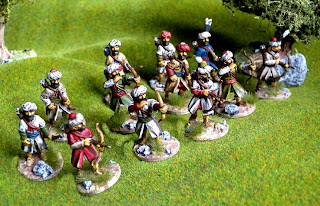 These 12 lovely figures by TAG are a recruit infantry unit armed with bows but could just as easily have been armed with improvised weapons or spears. 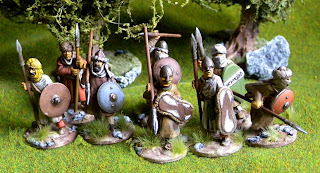 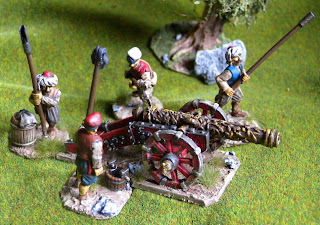 The Moors had also started adopting artillery by this period which is why they managed to make a fine mess of the fortifications around Tangiers. This beautiful little model and crew are from the extremely talented guys at TAG.
These photos represent a small selection of my Moorish faction and I can now choose from about 10 different units and these make for a colourful little force and I have fought some really interesting scenarios set around Tangiers.
﻿
Share Share on Facebook Tweet Tweet on Twitter Pin it Pin on Pinterest
Back to The League of Augsburg