by Barry Hilton June 09, 2016
When I received these master castings I couldn't wait to paint them. The 15 crew figures will be sold in three sets of five models.

One of the fifteen is missing from these shots as he didn't make it into the first master mould but I have included a shot of the green at the end to remind everyone that he is the chap covering his ear when the gun fires!


There will be further blog pieces coming featuring the three sets as they will be sold from July 2016 and ideas on basing and other uses.


these two additional models are part of the set 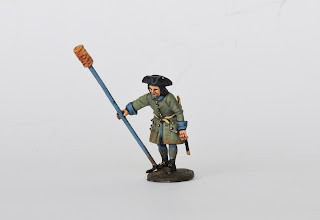