New Look for the LoA Blog 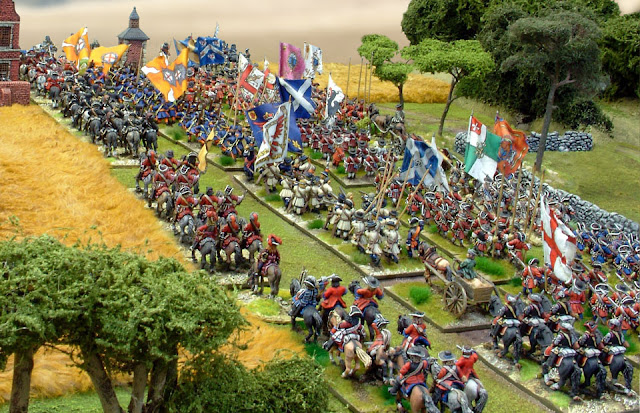 Clarence Harrison - I don't know how many folks noticed, but the old blog template has been having issues with some of it's features. The template used to create the blog was no longer being updated and over time so of the scripts I originally used ceased to function. I decided it was time to move on.

The absolute worst bit of script to fail was the search feature. There are hundreds of posts here now and a wealth of information, but trying to find a particular article became frustrating. Even the most obvious searches (Aughrim, uniforms, artillery, etc) returned 'no results found'. I was resorting to Google for my search and hoping the LoA site was among the top hits for my query (it usually is for this period)!

I decided to keep the new design simple. I'm sure I'll add things as we go, but for the moment I just wanted a clean, well functioning site. There is a new feature on the side of the screen. If you click that small black bar on the right you get a flyout with links, labels, menus, and a new translation feature. I'm going to have a scroll through blogger and see what other goodies to add because it's been a while since I looked at the different widgets available.

There's also a bunch of different ways you can view the blog. The red bar at the top has several different formats. 'Magazine' is the default I chose as the main reader, but you can play around with the others. Flipcard is kind of neat. Classic is great for viewing on a phone. Timeslide breaks up the posts into months. Anyway, it came with the template and I haven't found a quick way to disable it, but maybe you'll find a use for it.