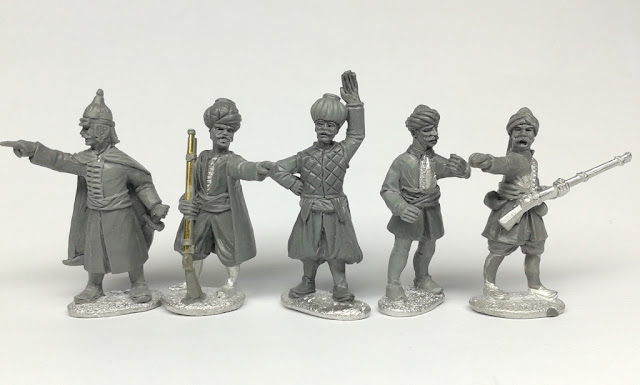 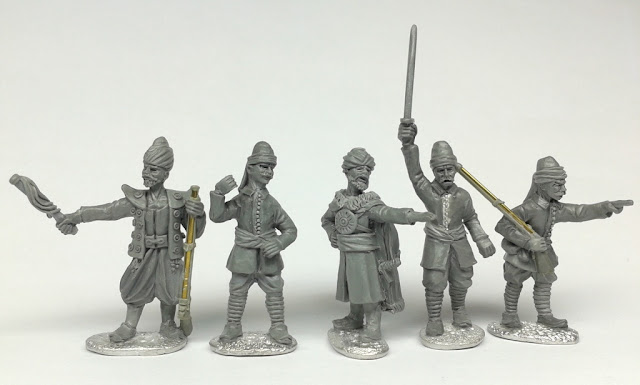 We will be releasing these probably before Christmas. They are quite outstanding sculpts. 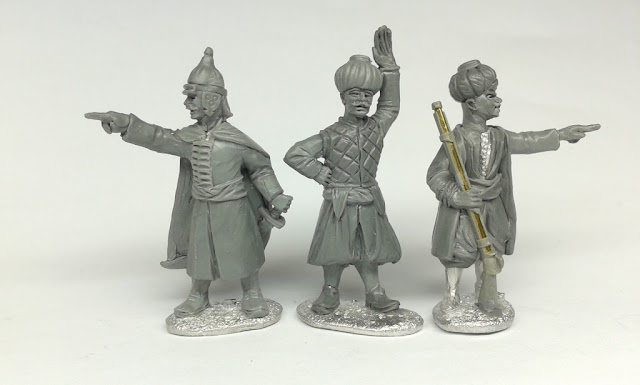 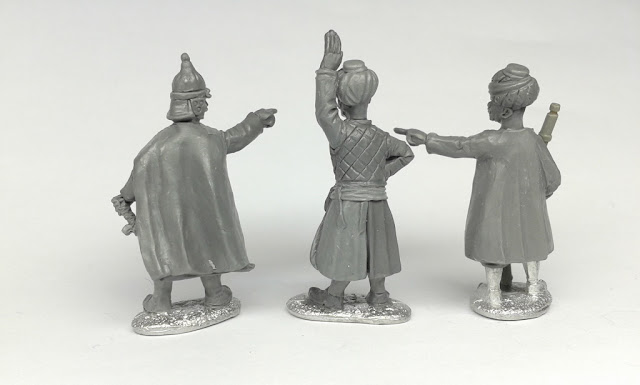 Both are designed for generic use with Janissary or non Janissary infantry. Several can be painted as senior officers. The dress styles cover a wide span of time and will look in keeping with Tufeckci, Sekban and Irregulars. 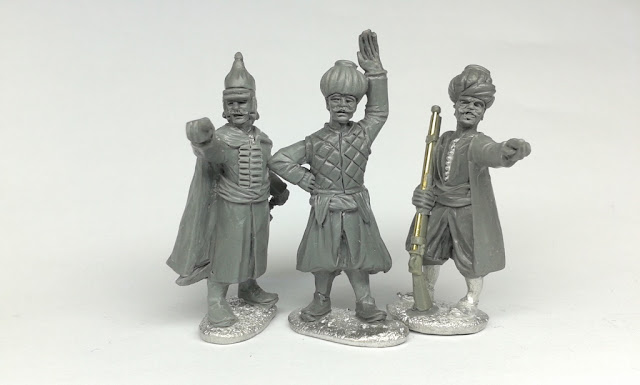 Some will fit well with Janissaries. 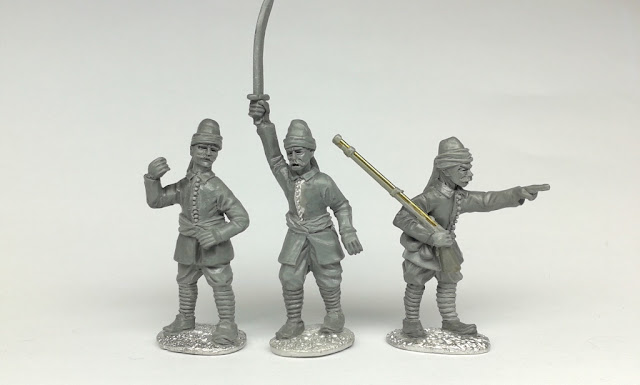 This is a sneak preview. They are currently being master moulded with production volumes to follow close behind. 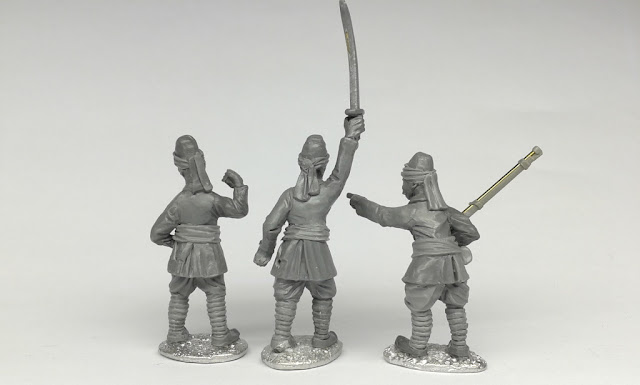 After these - the Cauldron bearers and the first cavalry sometime in the early New Year.