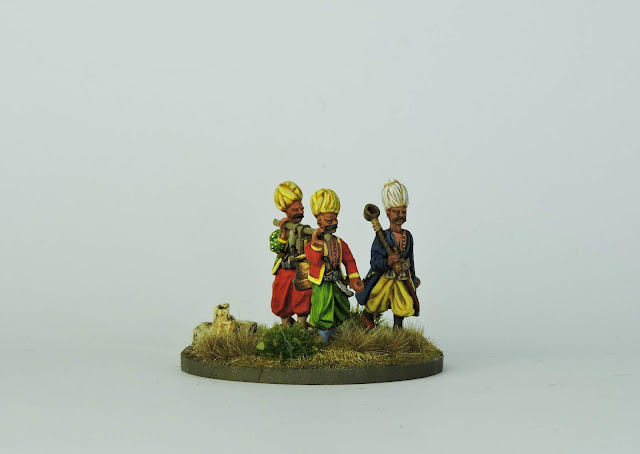 Here are some pictures of future releases for our Ottoman Turkish range. 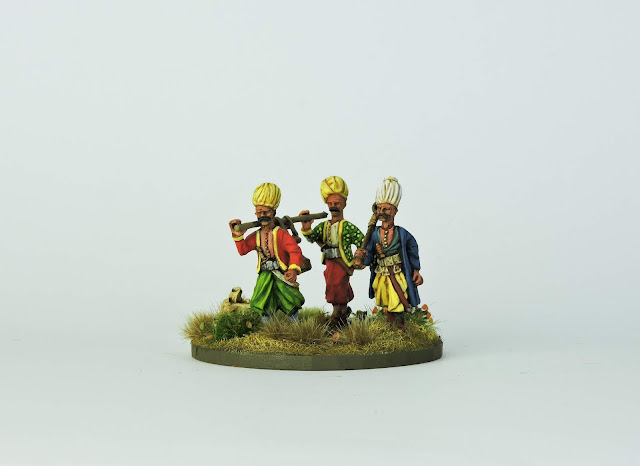 The first piece is a lovely vignette of a Janissary Cauldron party. For those unfamiliar with this tradition the 'cooking pot' was more precious to Janissary units than any flag. Many of their senior officers had titles relating to posts from the kitchen such as the Soup Maker, the Scullion, the Chef and the Baker. The hearth was seen as at the centre of the Janissary Corps hence this being a centre piece for Janissary units. 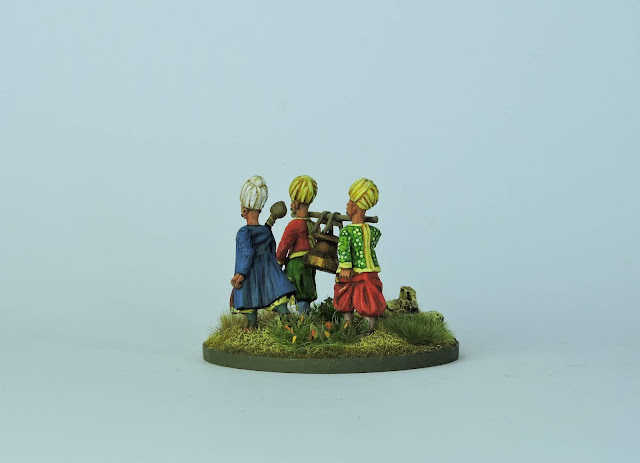 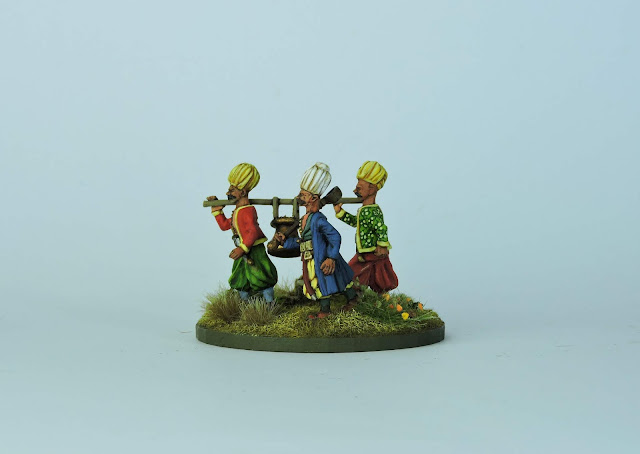 The second is a previously previewed set of officers for various units in dress less formal than that worn by Janissaries. These would fit well in many units over a wide period from the 1600s to the mid 1700s. 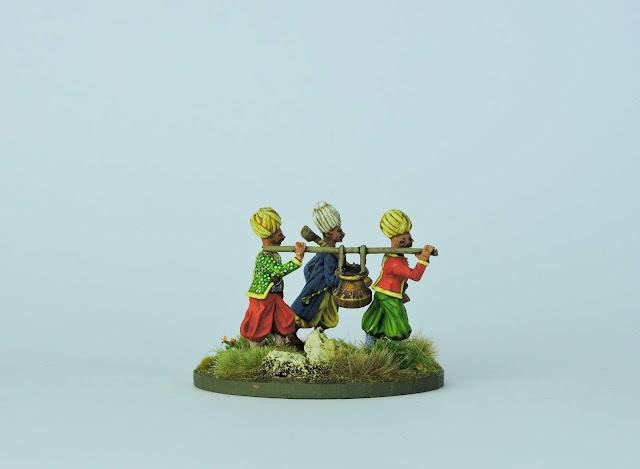 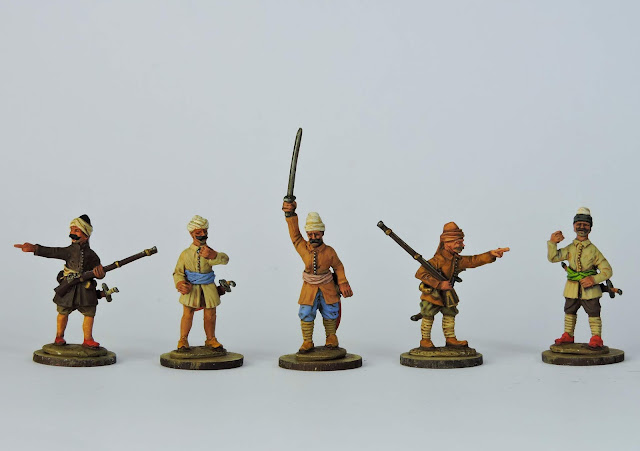 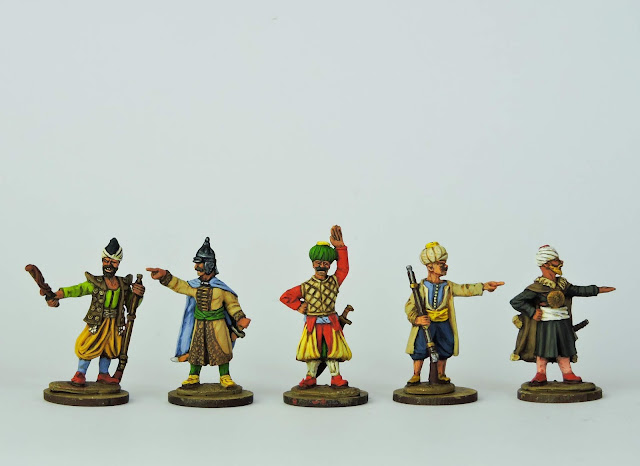 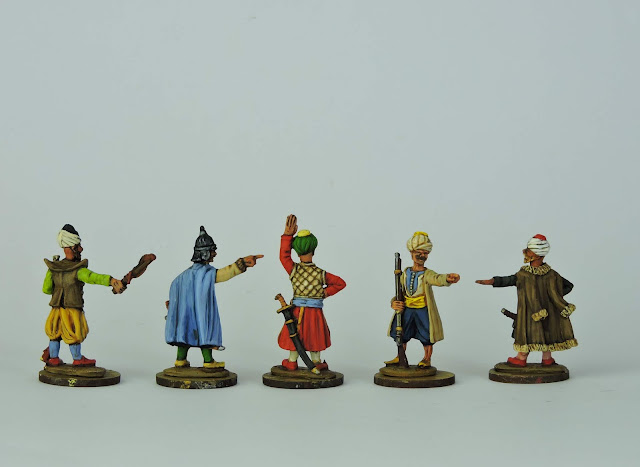