In truth, I wasn't really looking forward to Claymore this year. Not because I don't like the show, I have been a loyal participant for more than 25 years but circumstances were conspiring against me somewhat. Too much day job work, too much travel, getting the new book out, other projects - a 0600 start, knowing I was again flying solo at the show... bed was the most attractive prospect on Saturday morning. Humping the gear in and out across the car park was not an inducement to attend either. 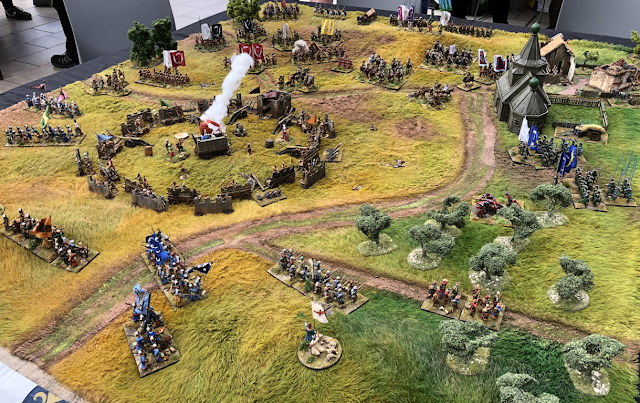 Nevertheless, it was a braw day, the sun was shining and I was set up for 0900. The day went lightning fast, I bought all the little items needed for projects and spent the entire day talking, laughing and reconnecting with friends and acquaintances. 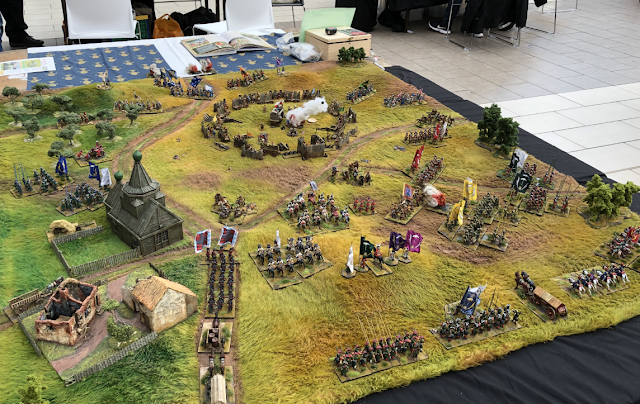 The game represented Moldova in 1711 as Czar Peter I struggled to get the menacing Ottomans under control. It had lots of interest and I actually played solo, threw some dice, talked about not killing teddy bears to make terrain and sounded off like the old fart I am. 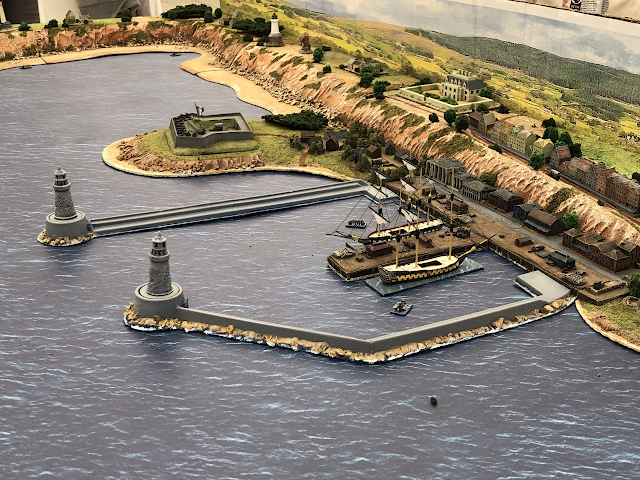 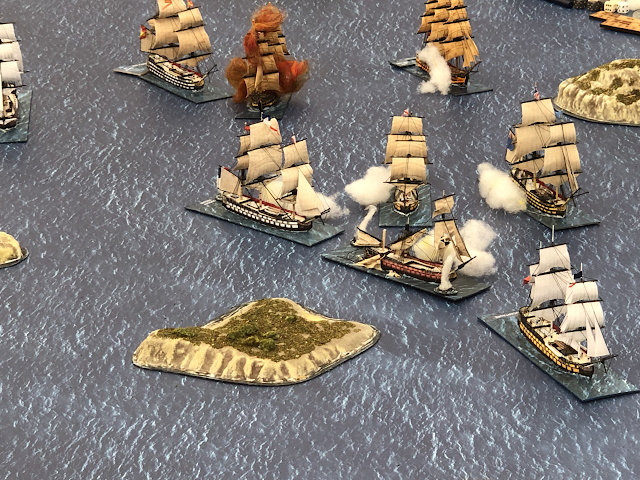 Around 1430 two chaps from SESWG came to the table to tell me that I had won First prize for the best demonstration table. Well that was a very nice surprise indeed. It is a long time since I won anything at Claymore and had kind of put that phase of the hobby behind me but it was very flattering to be recognized for doing something I really enjoy doing anyway! 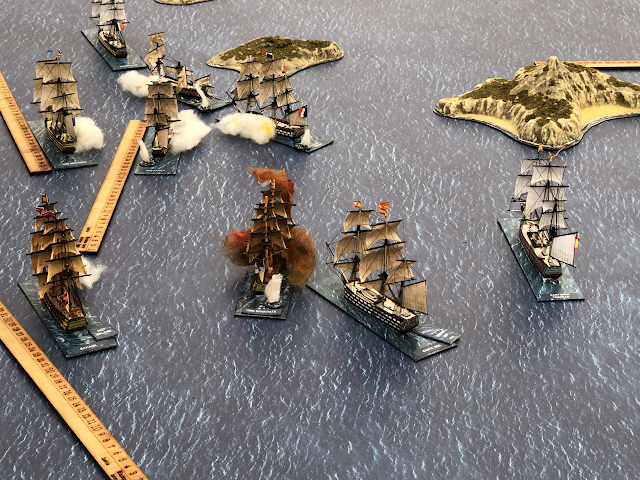 Thank you SESWG. Thanks also to everyone who kindly stopped by to look at the game and chat. It is wonderful hobby that we have and I don't know what I'd do without it filling large portions of my head space.


I saw some games I liked a lot - Border Reiver's Napoleonic Naval, David Imrie's Harlaw and The Iron Brigade's wonderful Sudan spectacular to name but a few.


The only cloud on the horizon was the inedible roll on link sausage I had for breakfast. My first thought on biting into the sawdust and dalmatian head was... God help the poor students that attend this college if they have to eat this inedible muck.