I have been delighted by the number of mails and comments I have received regarding my burgeoning interest in 1/2400 - 17th century ships. As always during a surge of enthusiasm for a period or new strand of wargaming interest, I scoured the internet to find alternative options to the Tumbling Dice models of which I have now painted 150+.

Finding such, is not easy. Of the rare options uncovered, some disappeared like wisps of smoke when I tried to get hold of them - out of production, no answer, etc. One manufacturer did come through with product and I present here for your consideration, Spithead Miniatures. 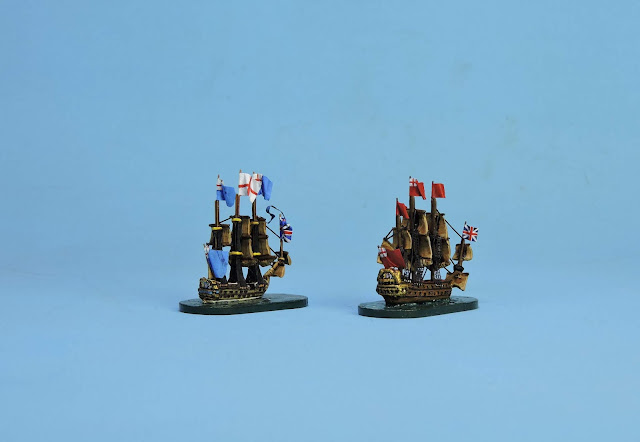 These are 1/2400 models, manufactured in the UK. Not easy to find, not easy to get and in many ways different from Tumbling Dice. I thought a comparison on construction and finish would be useful. I believe TD have gained from the exposure  I have given them so, why not give Spithead an opportunity.

First differences - these ships are resin hulls and the masts are separate. From several perspectives I welcomed this. Firstly, it made hull painting quicker and with the sails cast onto the masts, the fiddly sail attachment characteristic of TD is eliminated however, there is a yin-yang balance to this.

Yang - space to work, proper raking of masts, easier to rig, no gluing of sails.

Yin - you need to make and glue the shrouds and ratlines from mesh material provided. Each bowsprit needs an extra sail. I had plenty spare from TD so it was not a problem for me but may be for others who don't have an extensive bits box. This is in my opinion an omission which could be recitifed by the manufacturer.

Physically the ships are different although I would emphasise there is a high level of compatibility particularly in such a small scale. The style of the sculpting is different. The hulls of the TD appear more squat and compressed when placed side by side with Spithead however, in isolation, the Spithead hulls have this squat appearance probably because the bowsprit is a separate casting piece and without out it the ship's length is greatly reduced. 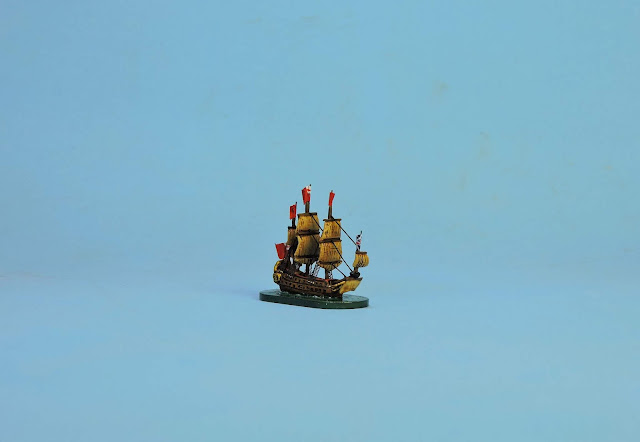 It is when both are brought together that some realities become more apparent. The mast spacing on the TD ships is too close. Spithead seem to have got this more in proportion to reality. A good analogy is the way that Foundry figures of 25 years ago had squat bodies, short limbs and hugely oversized heads. It worked but, if you thought about it too closely it got quite weird. Looking at them now and comparing with anatomically more correct sculpts they become more odd - cute, but odd. 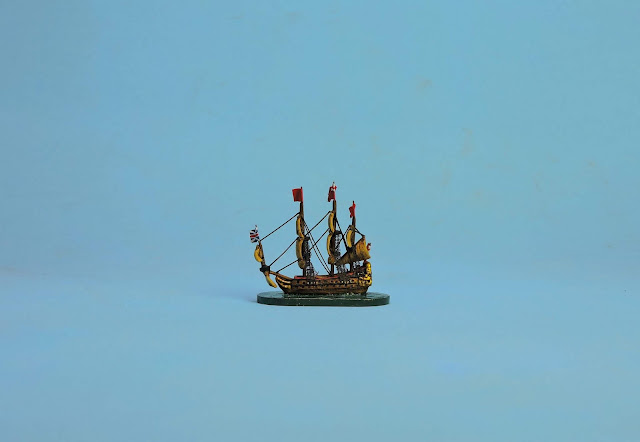 Phil who sculpts Spithead's ships make much of the accuracy of the sterns of both English and Dutch vessels. This is with some justification. The sterns are distinct, definitely 'in the style of' and easily distinguishable from each other. This cannot be said for the TD ships many of which I have filed flat and repainted to create the distinction between fleets. 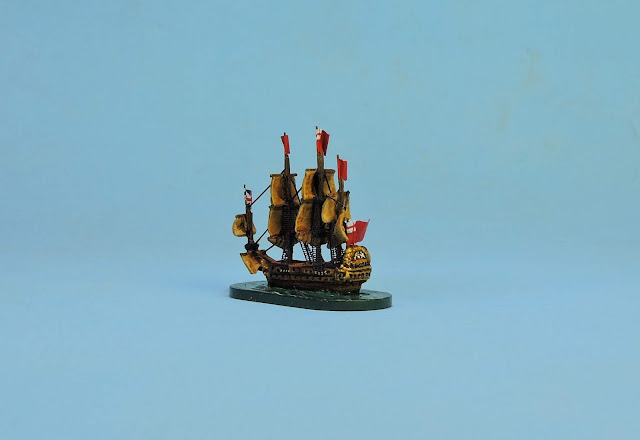 Spithead produce a wider range of hulls and differentiate between both navies. This works. The combination of ship design style and stern detail makes both fleets quite distinct. The definition of the gun ports is a little bit of an issue with Spithead. Although not perfect, I prefer the approach taken by TD, however, what Spithead have done far more accurately represents the numbers of ports per ship and in scale terms is more accurate. 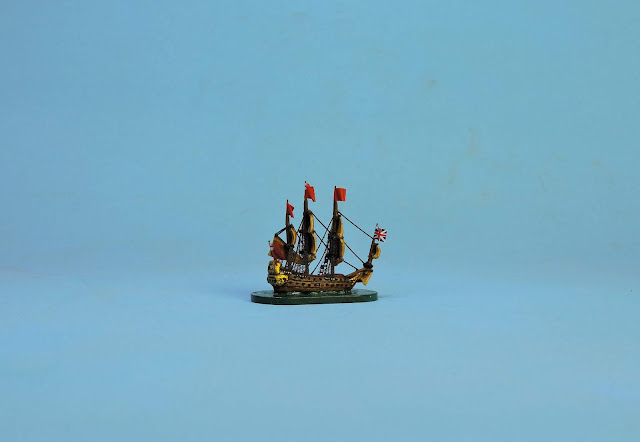 Deck layout is simpler on Spithead but of course with no masts this makes the initial completion quicker. On the speed of construction comparison. A Spithead ship is quicker to paint and easier to assemble. Where things slow a little is on the careful cutting of the shrouds and ratlines and their attachment. I did this using a scalpel and the eye. 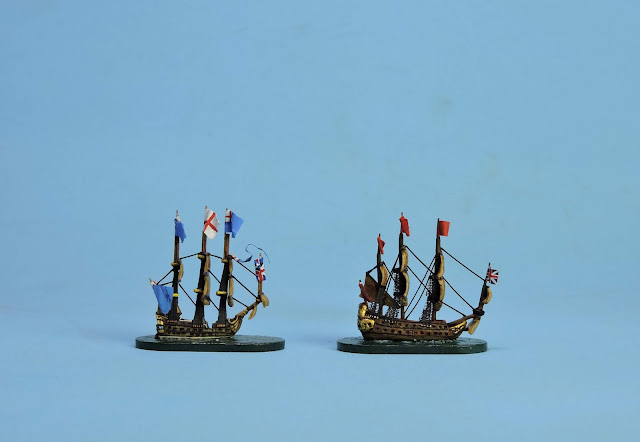 Rigging a Spithead ship was easier as there is more space to work between the masts and importantly, If you begin to rig from the stern and go forward, it is possible to place the masts AFTER you have rigged the previous one - this give much more room to manouevre on this fiddly job which I know some people hate. 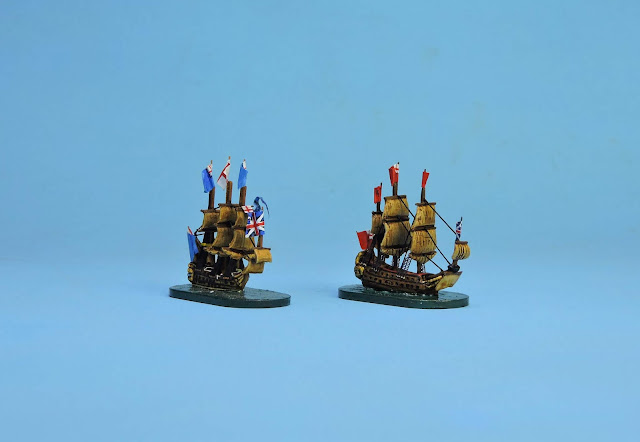 
Spithead have planned some other ships including fireships and fluyts. Spithead also recommend the Dutch ships for use as Danish and Swedish which is what I may paint the bulk of mine as. I took the whole range x 1 as a trial.

At £2.95 per ship the fininacial risk was minimal and in terms of cost very compatible with TD.