One man's story.. Building the Saxon Army for the Great Northern War Part 1


Günter Heim - First, there was nothing... no, that is not correct! There was already the thought it should be a country which no one has modelled so far.

I am by birth a half Austrian-half Saxon. My mother’s parents are from Bohemia and my father was born in Dresden, Saxony. In the early days of my life I was always interested in history and military history from the Romans until the WW2. In the 1980s my interest for wargaming was awakened by a small Napoleonic game played on a kitchen table.

Since this time I was drawn to the large nations like a moth to the light only to bounce back and realize that it was impossible to play them on a domestic gaming table. With my first approach to Napoleonic armies I started with a few French units only to hit the brakes, reconsider and make a decision that changed my life as a wargamer. I chose to model small armies as they were more easily done in full. So I first went for the Westphalians. And so a scheme was born for all my future approaches to build a force for playing a war game. After this time and my attendance at the first Derby Napoleonic weekender organized by Barry, Adrian and Bob I once again looked for an army to build and again I was drawn to the French...Silly me! Bounced again! Looking at my own history my decision fell for the Napoleonic SAXONS! But that is another story. 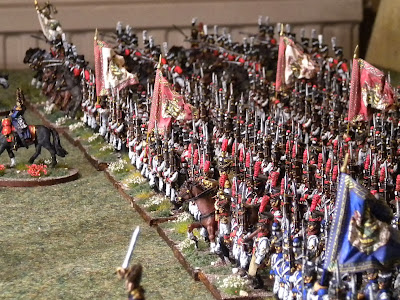 After my attendance at the following Derby BLB event I saw a faint light on the horizon that told me to do something in this era too. Once again I searched for wisdom considering the armies of the great nations: Russia (my all-time favourite) France (the Ogre), England (perfidious Albion) or Austria (aka Holy Roman Empire).

All of them appeared too large to do even a playable portion! After re-reading my "Bible" (I call it so because it guides me since I found it as a reprint) "Schuster u. Francke: The History of the Saxon Army-From its Foundation to the Present Day" I recognized that Saxony has took part in this timeline as well. So I made my decision to build another Saxon Army!


Now I stood realizing that I knew almost NOTHING about the Saxon Army of these days*howl*! I started to search through the I-Net and after a time, by a stroke of luck, stumbled across the now closed website of Dan Schorr "The Great Northern Wars". There I found all I needed to light up the dark episode of Saxon involvement in this time with such unlucky endings. I used his research and knowledge base to find out more and more details about my Saxons. 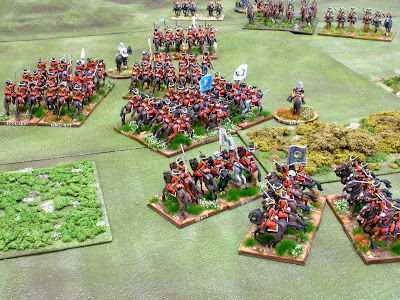 Being a member of the League of Augsburg Forum Fighting talk I took my questions there and got some very good hints and advice finally getting in contact with Dan Schorr himself! He selflessly offered me his notes and his collected data about the Saxons of the GNW which I gratefully accepted. That built the foundation on which I raised my Saxons of the Great Northern War!
More from Günter in part 2 of his epic journey...
Share Share on Facebook Tweet Tweet on Twitter Pin it Pin on Pinterest
Back to The League of Augsburg