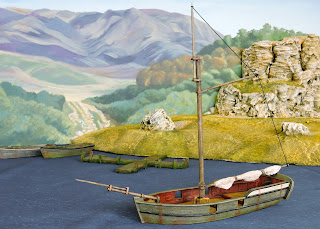 The Games of War (http://www.gamesofwar.net/) model which I most enjoyed building was this coastal sailing ship. It is small enough to be able to feature as table dressing on some scenarios but large enough to take troops and cannon and play and active part in some scenarios. 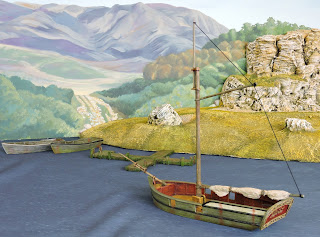 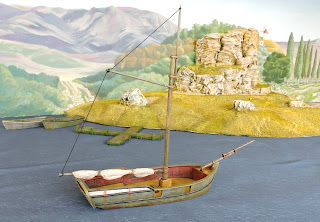 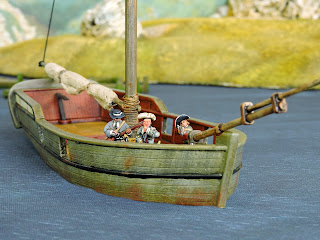 The model is extremely well made and for someone as unfamiliar with rigging ships as I am it proved not too complicated. I did not fully rig it for a very practical reason. Had I done so the model would have had to remain assembled permanently and thus transportation to any shows would have been challenging. 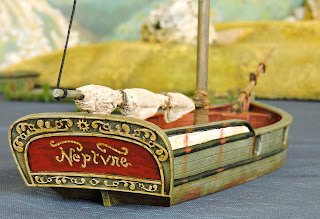 I chose to include enough rigging on the mast assembly to suggest it was fully completed. The furled sail is toilet paper wrapped in clumps and soaked in PVA. The model is washed in ink/water mix and weathered much in the same way I used to do my tanks. 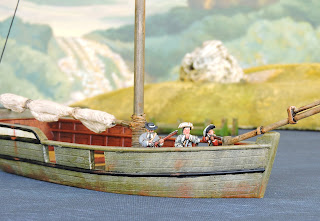 The base paint coat is chocolate brown emulsion paint which did not go on easily asnd was a little frustrating to do. I very much enjoyed building and painting this model and the total time involved was probably about 4-5 hours in 3-4 sittings. A good return on investment. It features in the soon to be released Ireland book and will no doubt make it onto a table at a show sometime during the next year. 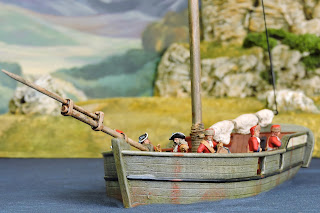