The poses are dramatic and the interesting. The artillerists are in utilitarian garb and I have deliberately painted them in dark and subdued colours on which dirt and powder stains would be less obvious. 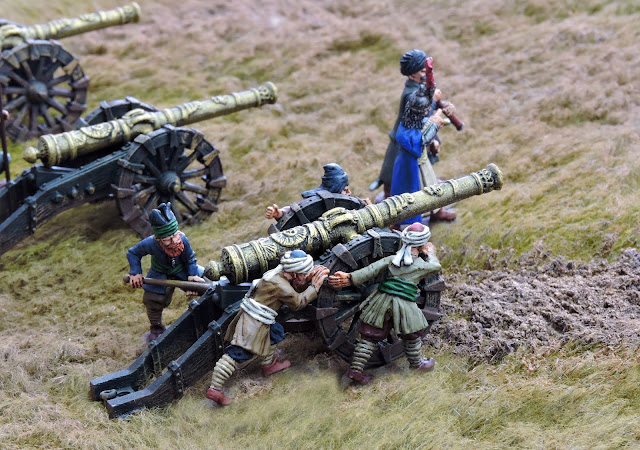 The two officers are particularly useful and need not necessarily be painted as artillery leaders. I found the crew figures to be ably suited to naval service. My Donnybrook at Sea Ottoman/Corsair ships will be well served with thse chaps as can be seen.

I have used the large positional or battering gun to show the scope for use either as field artillery or siege or garrison artillery crews.

The Ottoman artillery corps is the subject of some controversy. Was it out of date and anachronistic or well served, modern and useful. Research sources will tell you both if you look hard enough.

The Ottoman range is growing steadily and will benefit from the release over the next couple of months of 5 sets of Armoured sipahis, 4 sets of Tatars, 2 new officer sets and 4 sets of mounted Coassacks. We are currently looking at the release of earlier period bowmen and swordsmen. 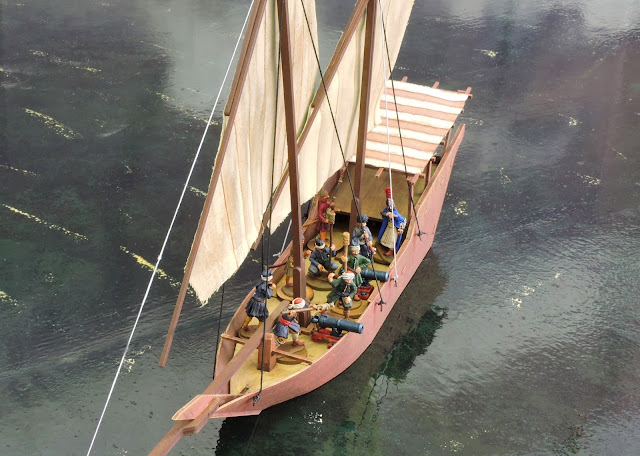 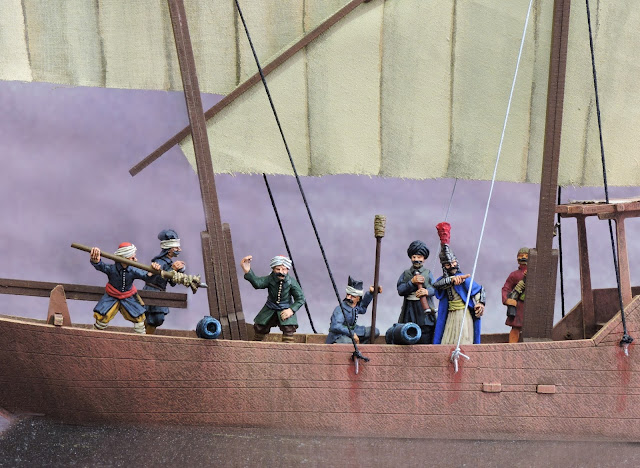 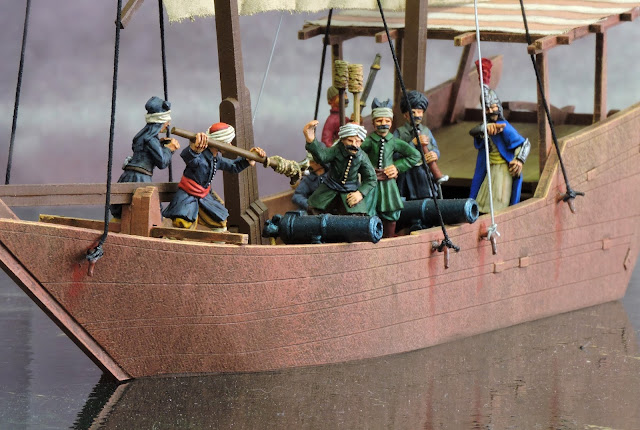 If anyone is interested in getting some gunners - pre realease, I have a limited supply of castings right now. I will not put these in the shop yet but email me at wordtwister@hotmail.co.uk and let me know what you are looking for. 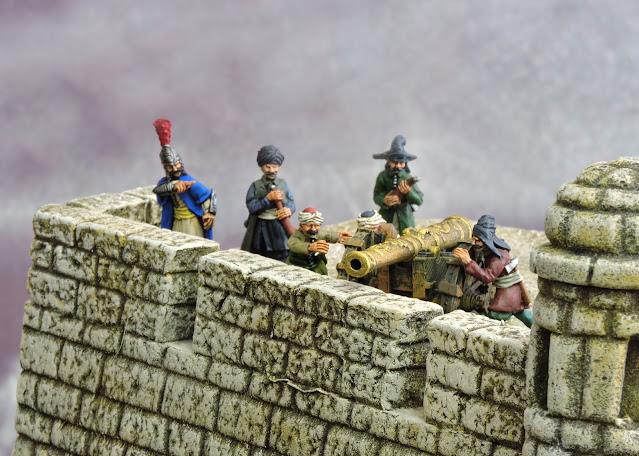