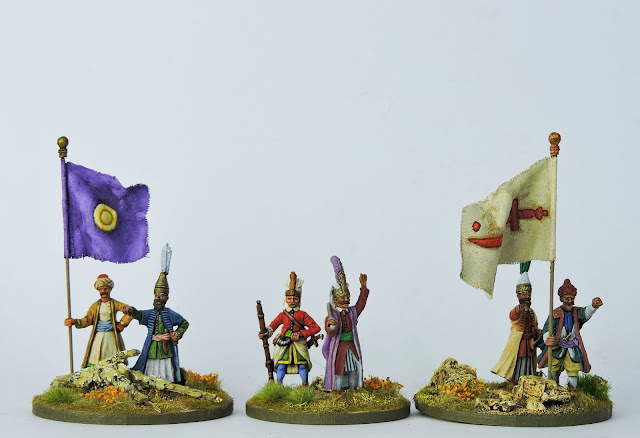 I have always enjoyed building Command vignettes. These three are the very first Ottoman types and utilize models from packs OT01, OT05 and OT06. The rank of the officers is non specific although two have standards whilst the central base features two full dress Janissaries - a senior officer and his bodyguard. 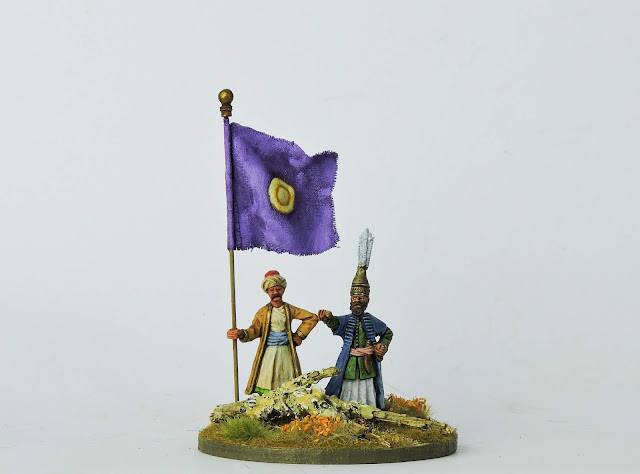 I don't often use purple in my wargaming units but fancied doing a small personal banner for this senior officer. The base also features an interesting section of dead tree - bleached and burned by the searing south eastern European sun. 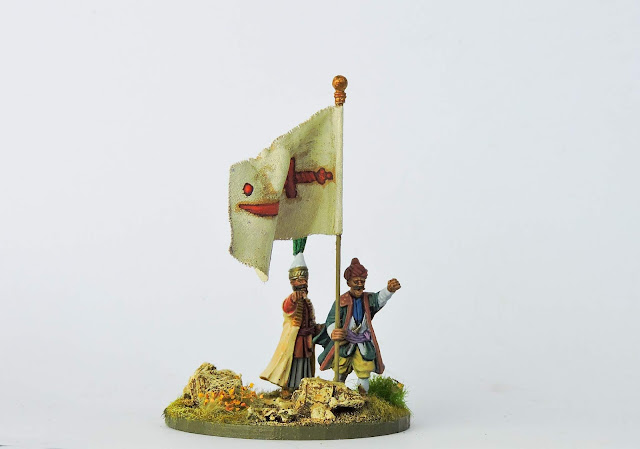 Traditional Janissary symbol of the two tongued sword on this personal standard of yet another senior officer. The rocks are toned down with a sepia wash. 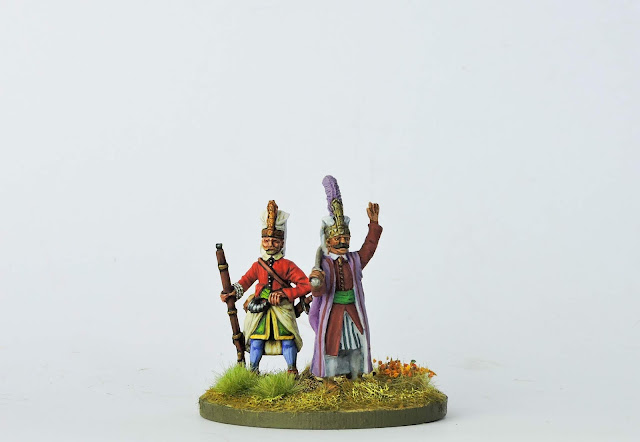 This colourful senior officer has an equally colourful bodyguard Janissary at his side. The base is smaller than the other two featured here. 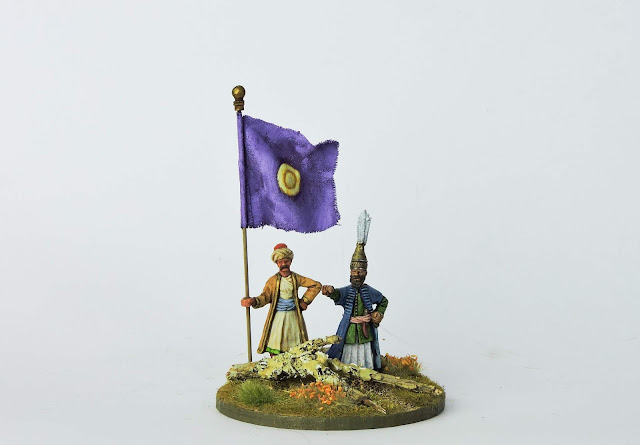 A couple of shots at slightly different angles and orientations. Ottomans certainly draw you away from traditional palette colours. 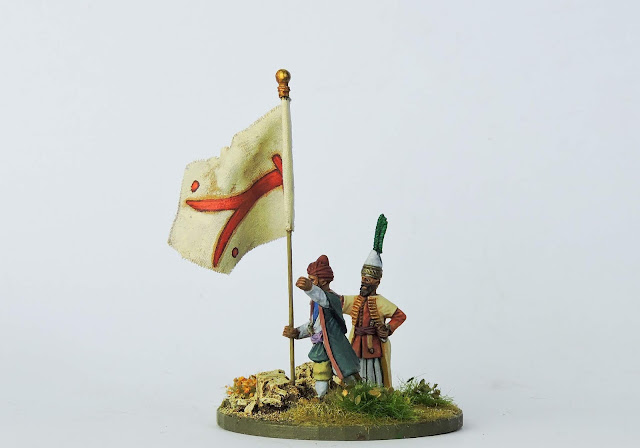