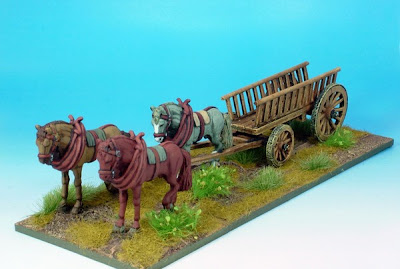 David O'Brien - It has never ceased to amaze me how few war gamers actually use limbers, caissons, wagons etc; in their war games.  Their excuses have usually been:-
1                     I don’t have time to paint these models.
I can understand if you are just starting out on a new army.  I used to feel like this until I started painting my Napoleonic Russian army and quickly started getting bored painting unit after unit which all looked the same so to break up the monotony I started working on a limber or caisson or supply wagon vignette and thoroughly enjoyed working on these so what started out as a chore I started to treat myself once I had finished a new regiment.
2                     I can’t afford to buy these models.
Again I can understand if they were short of money  but when you look at their armies there are brigade after brigade of troops and battery after battery of artillery. At this stage in their army’s production they probably can’t afford to buy all the models they would need to match their army but if they had followed my example above they would have covered the situation.
3                     I don’t like to use them because they take up too much space.
This is the one excuse I hear most of the time and if you are fighting with large armies on a small table they will take up a lot of space but this is what happened in real life and if you want to try your best to create historical problems that military commanders faced then you really need to have these models in your force.  I even had to take extreme measures in a game with a friend when he removed all the limbers and caisson that I had bought and painted from my army that he was using, because they were getting in his way. You should have seen the look on his face in the next game move when I informed him when he wanted to fire his artillery he couldn’t because all their ammunition had been taken off the battlefield. He quickly got my reasons and we are still friends all these years later.
Is there a way to still use these models without the huge expense and lots of painting?, there is if you war game using Donnybrook rules written by Clarence Harrison.  These rules are written for small skirmish level actions in the period 1660 to 1740’s and the most a faction can have is one artillery piece. Every artillery piece needs a limber to allow it to move and a small wagon to carry the powder and shot as well as all the tools needed to fire the gun. 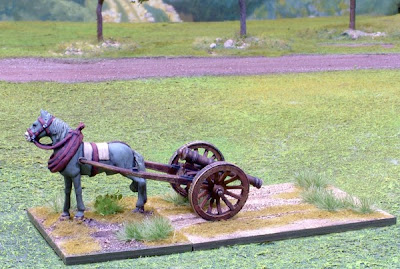 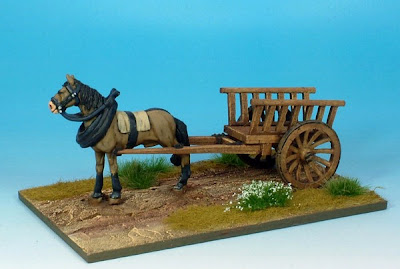 Apart from using these models for manning your gun are there any other uses for these models?
The answer has to be yes, as these games are all skirmish actions and scenario driven your limbered gun model could now be an objective marker which has to be defended by one side and captured by the other side. 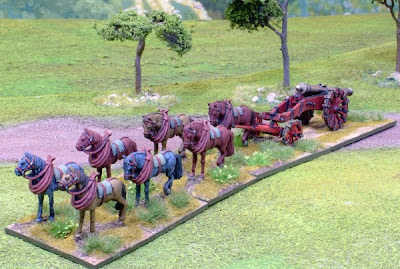 Likewise a number of wagons could represent a convoy that needs to be escorted through enemy territory or could be carrying contraband goods if your force are a Smuggler faction which needs to escape the clutches of the Excise faction. 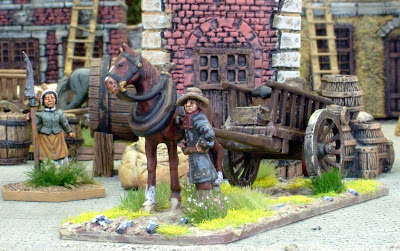 Your wagon can even become a character in your force as Outlaw and Rapparee factions can have a ‘Fence’  which carries gun powder and any troops from the faction can reload if within 3” of the fence without waiting for the reload card to come up.

I’m sure you can come up with many other scenario ideas that would allow you to use your models in many other games. All the limbers, guns and wagons used in these photos are all from the lovely range from Warfare Miniatures but other companies such Dixon Miniatures, Front Rank, Wargames Foundry and many others all produce a variety of models that would fit in nicely with your games.
Share Share on Facebook Tweet Tweet on Twitter Pin it Pin on Pinterest
Back to The League of Augsburg