features some of Peter's own  massive collection of 15mm models. The first gaming shots show an extremely detailed representation of the Siege or, Relief (depending on when you play the game) of Vienna in 1683. Wonderful detail and lots of troops. Wien looks pretty too although I sure Gunter might have something to say about how many of the building he has actually visited!

In the shot above I recognize the Turkenschanze area in which the Grand Vizier placed his encampment. I have just completed a scenario for Benath the Lily Banners dealing with the relief of Vienna. It will appear sometime this autmn in a new hard cover publication 'A taste of Victory'  scenarios for BLB. 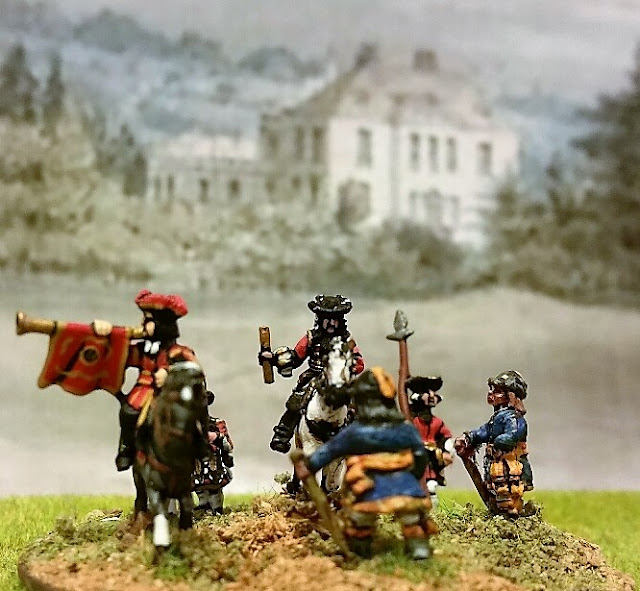 Peter is a great admirer of John Churchill, a trait he clearly shares with yours truly. The above shot shows the great man and his entourage. Lovely detail in this vignette.

Wow! That is a lot of lead. This shot shows Peter's War in Ireland collection and the sharp eyed amongst you will recognize Quindia Studios flags reduced in size to fit the 15mm scale of the models. 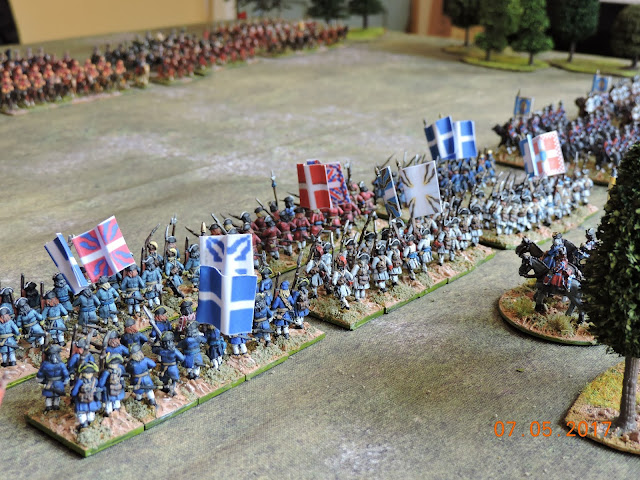 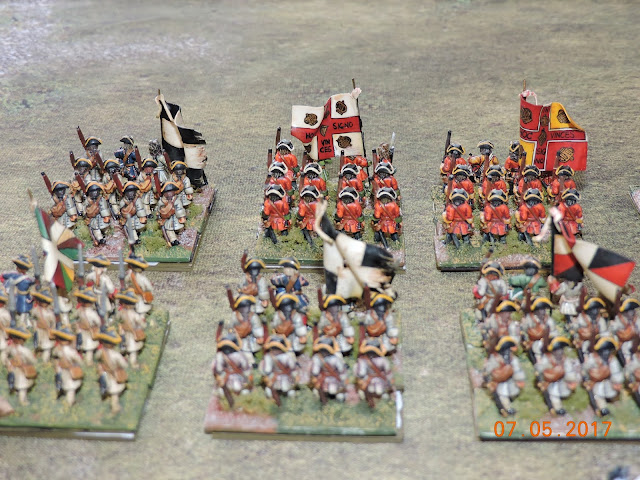 Two regiments of the Irish Brigade in the above shot. We hve recently been having some interesting shots over the confusion that seems to exist in terms of the layout of their standards. 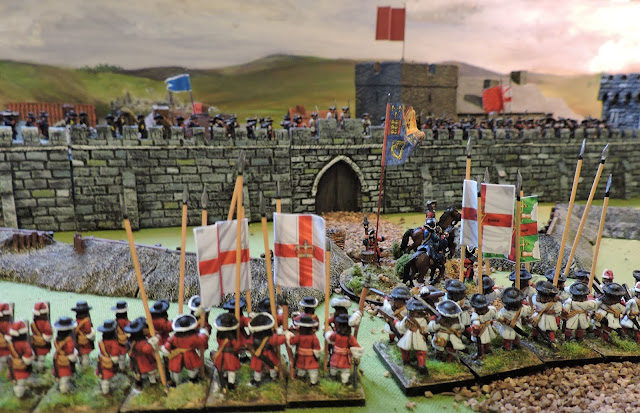 The War in Irleand, Siege of Derry and an abundance of highly detailed command groups show off Peter's love of the period. These go well beyond the acceptable standard and demonstrate enormous attention to detail and total immersion in the period. 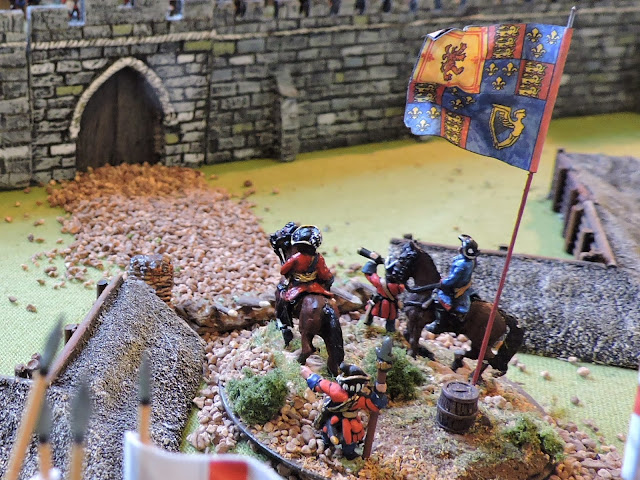 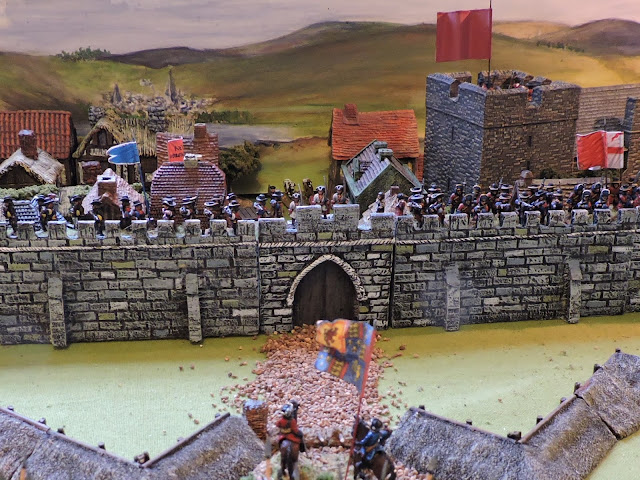 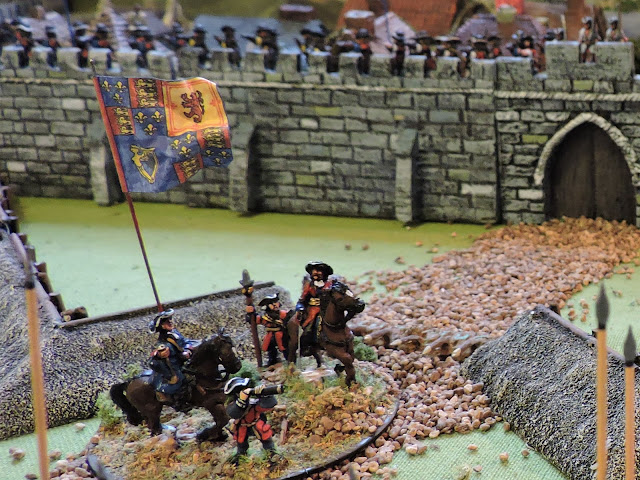 Thanks Peter for all your contributions to the blog! In the local parlance..