I recently acquired a number of TSS terrain boards. I have always tinkered with these when using them and decided to do a quick terrain building project just to stimulate my creative needs. There has been too much business, casting, orders, packing etc recently and I needed to get back to what I really enjoy which is building and painting.

I had in mind to mak the boards equaly useable in 1/1200 and 28mm which meant thinking carefully about scale anonymity. As it turned out, that was easier than I thought.

I used four boards in this little experment which took no longer than about four hours spread across three days from Saturday evening till Monday. Most activities took on average 20 minutes with some of the more detailed ones taking up to one hour.

TSS tiles do a job but their vanilla banality which is their greatst strength is also their greatest weakness. These boards were an experiment in that I wanted them to look good for locationas as diverse as the Caribbean, The Scilly Isles, The south coast of England and South East Asia. Obviously, a few compromises were necessary but the main theme was coastline with shallow water over a sandy bed thus some bright clear colours near the shore.

I did no cutting. Everything is paint and a little plaster to create rocky coastline, surf and a trackway which in smaller scale will appear like a drover road or similar. I used tubes of acrylic and my blending method with sponges to get the water effect. I decided not to varnish in the end as the boards had a slight sheen anyway.

I covered the land areas with static grass and did my usual treatment afterwards with emulsion paint which gives a nice rich effect. The beach areas which on the tiles are already covered in a sandy coloured fibre, I sprinkled with fine sand and repainted in a higher contrast style in keeping with the rest of the board.

The sea and breakers took the most time to do. The rest was relatively straightforward. I am happy with the effort versus return equation because I took  ended up in the rubbush skip and breathed some ife into them. 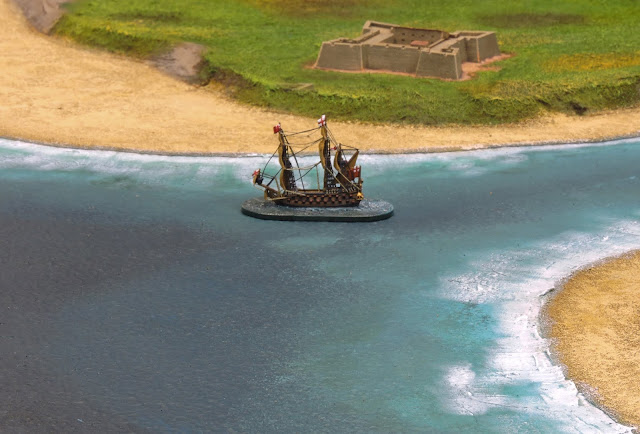 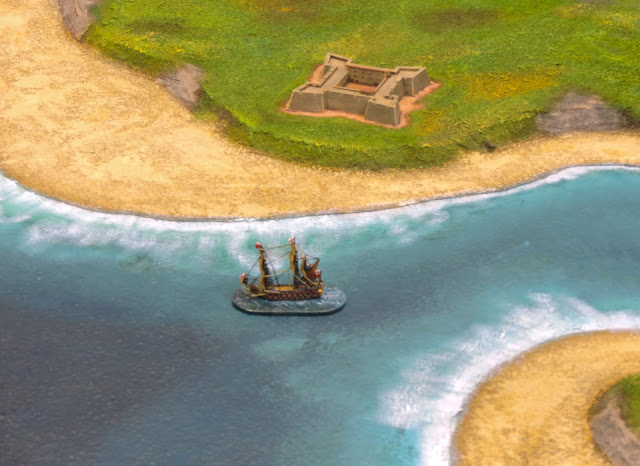 Two set ups show how they suit both 28mm (This scenario is Prince Rupert's adventure rescuing captured crew from his ship Supply near Dakar in 1652 - A Donnybrook game and a 1/1200 Caribbean game with a Treasure fleet at anchor of a Spanish colony about to be subjected to a raid by enemy ships. 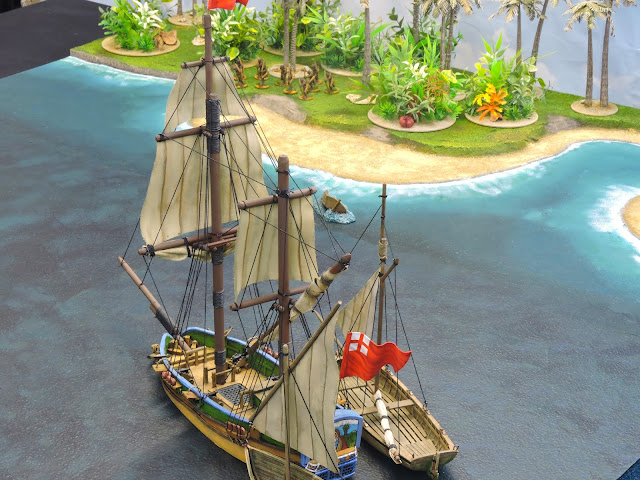 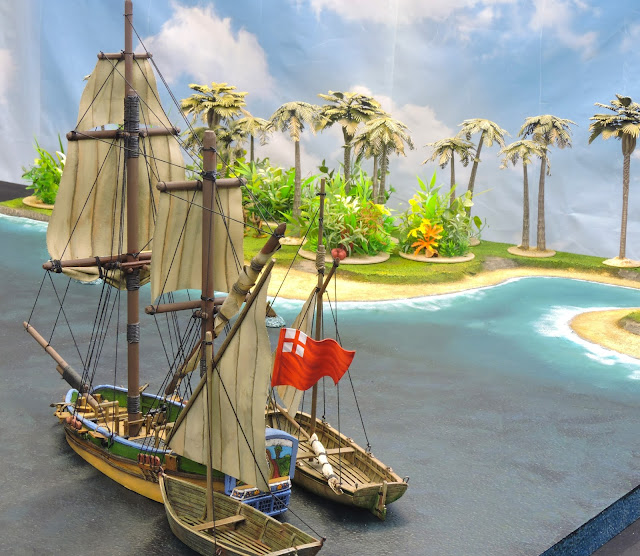