Poltava Part 1 - taster of an epic 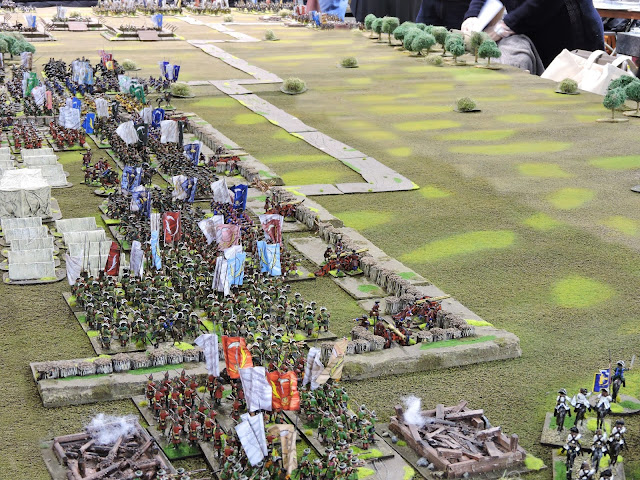 This game was a year in the making and is the result of the hard work of Jon and Diane Sutherland who created it as a commission for a private collector. 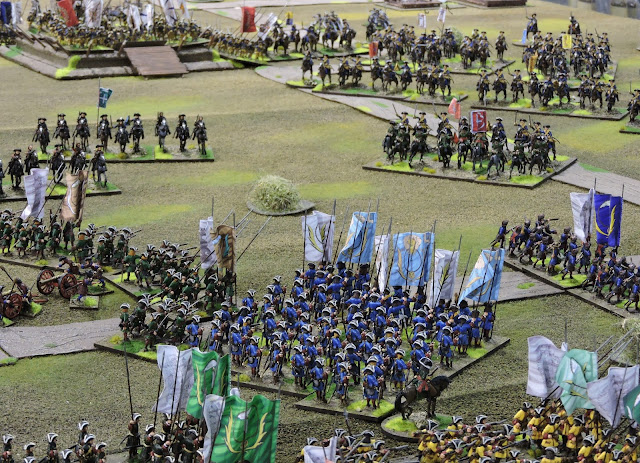 I have been intimately involved with the development as all of the figures used are Warfare Miniatures and there are roughly 2,500 plus about 400 horses here! I counted 'em, Jon painted 'em and Diane built the terrain!

The commission was ceremonially played at Crisis 2017 and then handed over to its new owner at the end of the show. 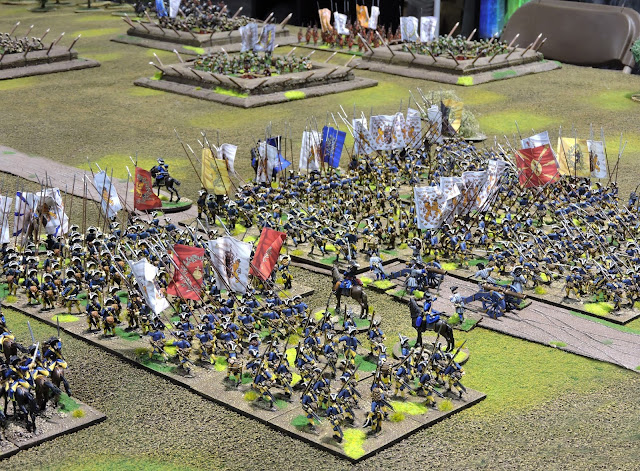 Jon and Diane facilitated the playing of the battle with gamers from Denmark, Belgium and Germany.

It was situated right next to the Warfare Miniatures/League of Augsburg plot and so I got plenty of opportunities to photograph it as the battle unfolded. 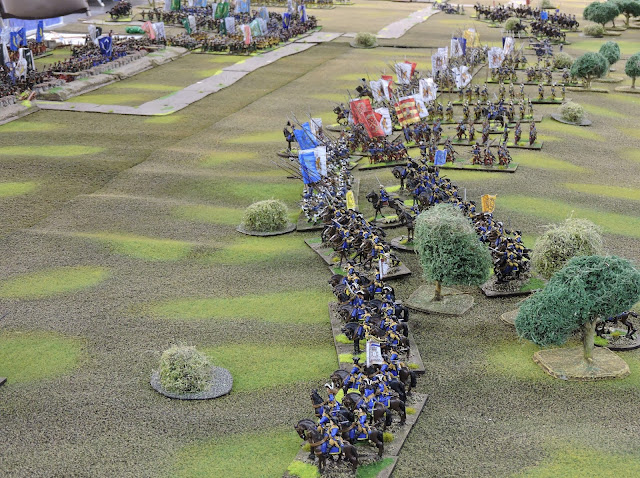 I am certain that blog followers will not tire of seeing pictures of such an epic scale game particularly when all the models were painted by one man. 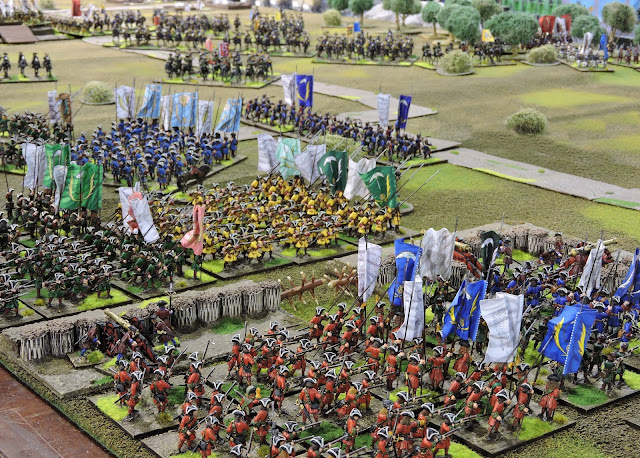 It is also the single largest 'pure' Warfare game I have ever seen and I am sure Clibanarium, as the sculptor will be greatly heartened to see so many of his creations gathered in the one place and all dressed up for the party!

On the table are many little specials 'pre release' including the Russian Horse Grenadiers in two regiments. There are also several regiments of non commercially available Russian Grenadiers in the firing pose.

More detail on the game, the terrain the regiment and the battle in subsequent posts.

For now, a taster of the magnificent Battle of Poltava fought in Antwerp in 2017!