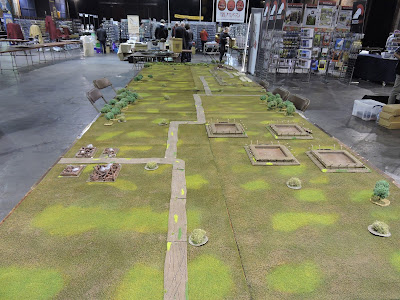 Jon and Diane used artificial grass for the terrain and the manual paint job was very effective. The playing surface is very robust and would take a fair bit of punishment if unfortunate enough to experience it. 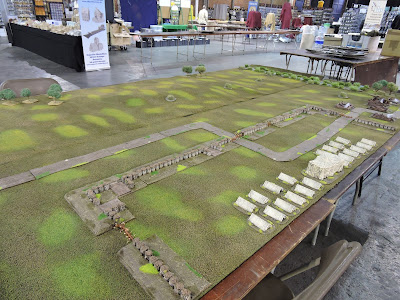 The table was twenty feet by six and the paints used were I understand, commercial emulsions. The paint job was completed by running the mats over a wallpapering table. 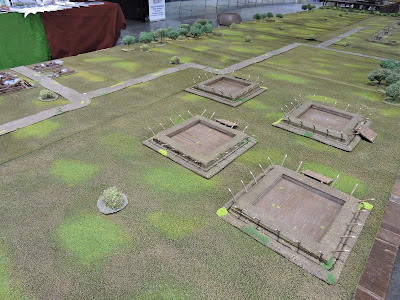 The redoubts are over-sized and not exactly the shapes built by the Russians but the reason was to enable full units to be contained within and they worked very well on the day. 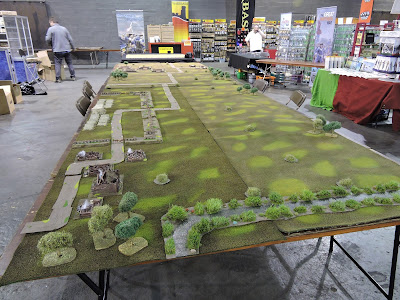 The camp, rivers, marshy ground and various trees were all place-on pieces. The overall set up was up and down in no time. 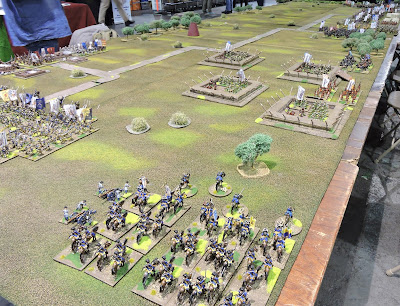 For very large battles such as this epic the terrain was perfect and the overall effect was extremely impressive. 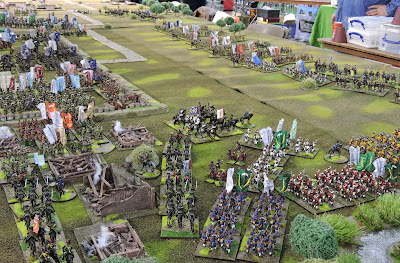 I have no idea why there are not more reports and photos of this game on the net as it was absolutely spectacular.