Pre Summer State of the Nation from WordTwister/Warfare/Quindia

I thought it was time for a more general update on what the gang on this side of the Pond and on the civilized side was up to!

2016 has been super productive so far but the full fruit of that labour is not yet obvious. The constant delays on the main Ireland book are solely down to me and my day job. Not being around in the UK consistently has led to photography backlog. This, in an effort to get something out there Clarence and I reverted to Plan B which is the production of a series of pdfs focusing on the armies of both sides in the Irish campaigns 1689-1691.


The success of our Boyne series pdfs has been very encouraging and fired the release of the second set focused on the Siege of Derry. This batch will appear in the shop over the next 48 hours. Although comprising of five separate sections the depth of the text analysis is greater and thus will provide added value for those interested in picking them up.

To follow after these are two or perhaps three further Irish sets. We have enjoyed doing them and the challenging nature of bringing together all of the conflicting research and information.

The big book is still coming as will a book series based on the pdfs.

The spin off from this project has been the formatting of more flags for the period. These have been sneaking out in penny packets with a couple of new sheets already on sale but a further batch and sheet revisions are due shortly too.


Warfare Miniatures have been making the classic 'nerdy' wargaming figure manufacturing error - getting lots of stuff designed (which costs a lot) and not getting them into production to recirculate the cash for further production. We currently have 5 sets of Russians, 3 sets of Swedish gunners and 4 sets of Grand Alliance dragoons in the limbo land between masters and production moulds. Hopefully we will get all of these out into the market by the end of July or beginning of August.


Hot on their heels are more of the same - GNW cavalry, Grand Alliance and WSS mounted dragoons and other little bits and bobs. Again, many delays down to me and the day job. Cloning technologists please contact me by mail as I may put some business your way.

I have also been doing a lot of painting and modelling during intense bursts of short stays at home. The results of this will be shared soon and show case the new gunners from the GNW range.

After a very successful run at the Derby Conference Centre running large LoA Weekender games we have come north of the border and settled into a new venue at the Cairndale Hotel Dumfries. Known already for its hosting of the local wargames show we've run successful games there before and have chosen to return to the scene of the crime for our next effort in November. Places still available but we are up to about 12 now with a ceiling of 16.


On the summer show front... that little matter of a convention in Fredricksburg VA-  Mr Harrison has pulled out the stops and constructed a masterpiece of a table for Pennyburn Mill. His wonderful collection is going to be augmented by reinforcements already travelling across the Atlantic for the Harrison basing treatment. We are running the game many times between Thursday and Sunday at HISTORICON. I sound vague.. yes, that's because it already looks like a blur from this distance. I have two speaker spots also - 'Why are wargames light on cavalry' a reprise on a piece I wrote for Wargames Illustrated nearly 20 years ago and 'Decisive results on the tabletop' - how to run and enjoy large multiplayer events.

Straight back from Historicon and we are at Claymore within a week or so. Toggy, Mrs H and I are already making our travel arrangements for Antwerp CRISIS 2016 and I have a week in Normandy in October so no doubt more adventures from my well trodden D-Day trail will land on the blog.


A quick mention of the power of the internet. A recent thread on the Lead Adventure Forum has giving Donnybrook sales both in book and pdf form a nice lift in the last three weeks. Thanks to all you lead adventurers for that. We have been very gratified by the continuing creep of Donnybrook into shows around Europe. We've now spotted it all over the UK, in Sweden, in Germany and in Belgium at various conventions. Hopefully someone will be using it somewhere in the US at a convention near you.


I owe an enormous apology to Peter and Mark Shearwood for not yet getting round to sharing some of the blog content that they have kindly donated but... I will guys, promise.


Looking already at the looming horizon of 2017, Tactica may be calling as well as my return to normality at Partizan.


Clearly what is missing from the above summary is some domestic gaming. Yes, where has that gone? Between DOBs day job, Bob's berries and my travel we have failed miserably since a large Flames of War game ToggyTank Wit and I had about three months ago... can we have two more days in the week please? Gaminday and Snorrinday? 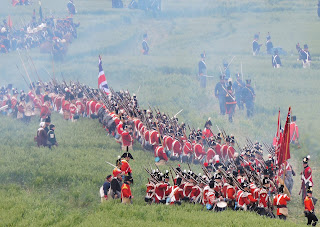 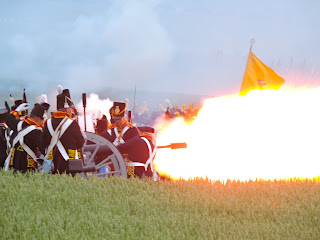 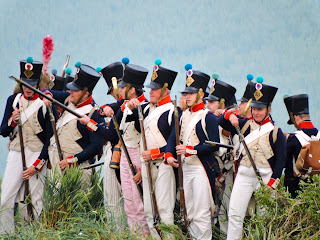