by quindia June 14, 2018
Hi everyone, my name is José María Cagiga (Chema, 1986) in the League of Augsburg forum, first of all I want to thank Barry and Clarence for allowing me to participate in their blog. 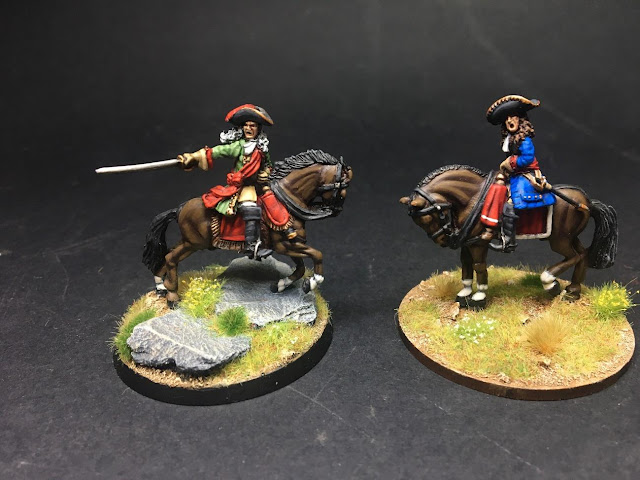 I am a wargamer based in Cartagena, Kingdom of Spain, and since 2013-14 I am very interested in the armies of the League of Augsburg war, following an advertisement that I saw in a magazine, then I discovered the forum and decided to start a project in this period. Being Spanish, I wanted to investigate a little about the participation of my country in the war, the sources are scarce, and in Spain, few people have armies of this period, since it is less glorious for us than other moments of the 16th and 17th centuries. My main project are the Spanish Tercios in the Principality of Catalonia when France invaded it in 1689. Of the three armies that Spain deployed during the war (in Flanders, Milan and the Iberian Peninsula, the army of Catalonia is the most colorful and mixes good quality units, with militia and the famous “migueletes”. Their uniforms also show unique features and characteristics different to other European armies like the front lapels of the justacorps or the “Chambergo” hat. 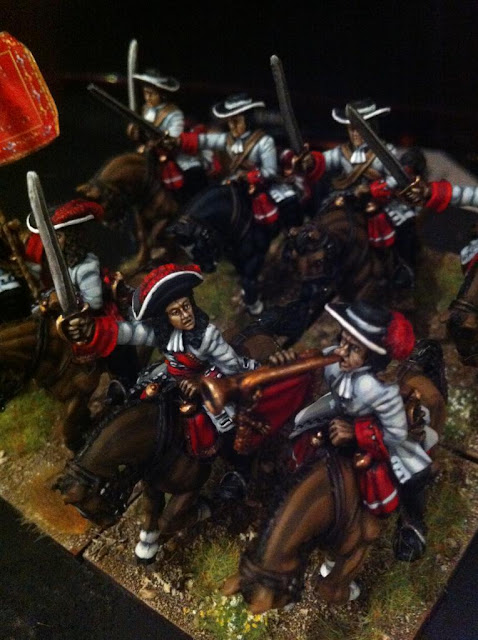 My initial army is not very big; I have painted so far 4 Infantry tercios, 1 militia unit, 1 Migueletes skirmishers, 2 artillery guns, 1 cavalry unit and a tercio of dragoons. My intention is adding two more cavalry regiments, and 2/3 more infantry. 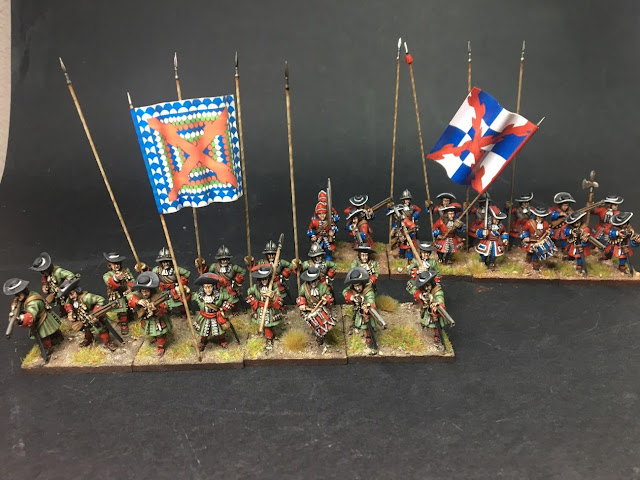 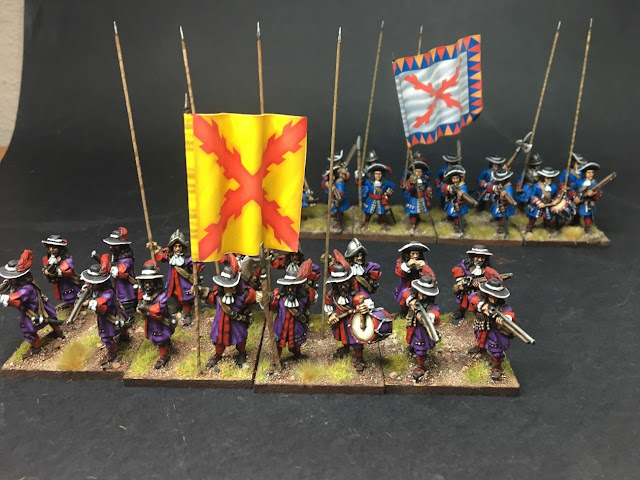 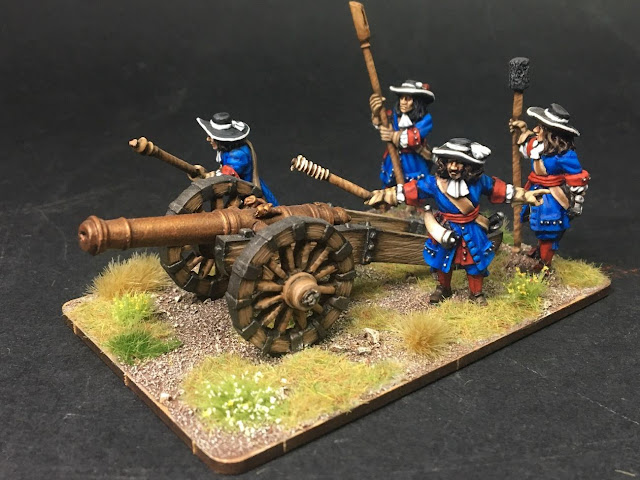 Here you can see the section of Milan cavalry regiment, and infantry the Tercio of Seville “the old purple”, Tercio of Madrid “old Reds”, Tercio of Córdoba “old greens”, Tercio of Toledo or “old blues”, besides dragoons (tercio viejo de dragones) and skirmishers migueletes and a regiment of local militia. 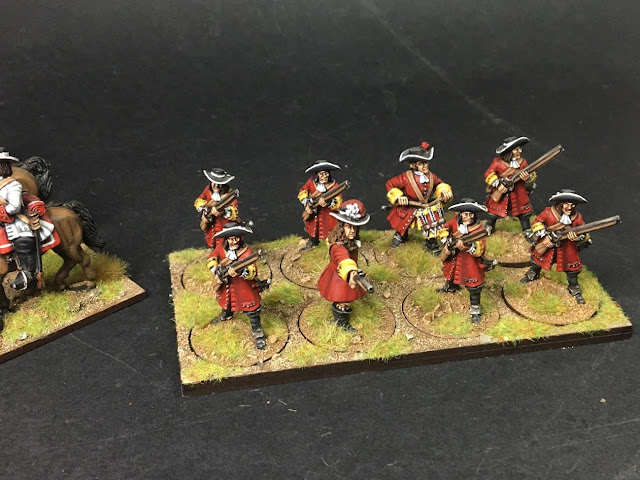 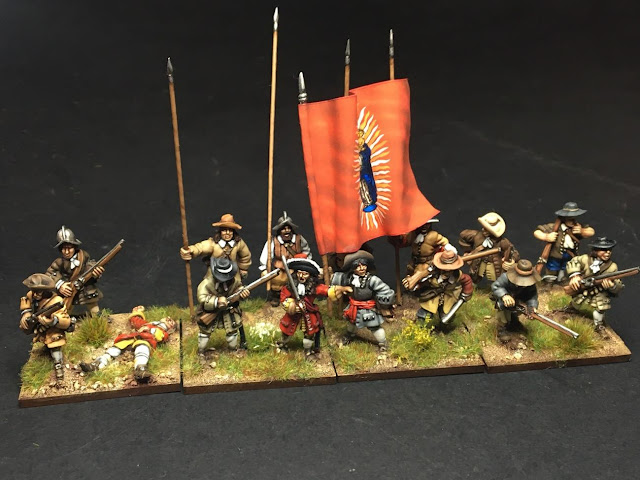 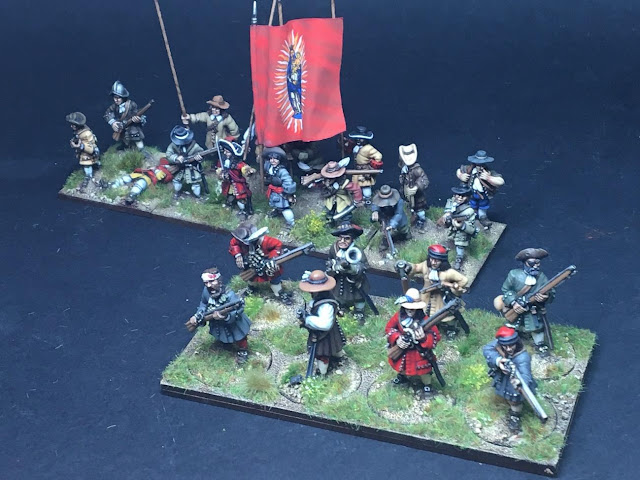 Together with this project I have one of the same army but in Franco-Dutch War, to fight the campaigns of Catalonia and Flanders in 1672-78.

And finally, for smaller scale skirmishes (ehem, Donnybrook) a mini-project of the War of Devolution 1667-68 the first war of the Sun King, after 1659, Who invaded Flanders by surprise to the astonishment of the Spaniards.