Probably the best army in the world?

Forgive the paraphrasing of Carlsberg's strap-line of the last decades but....

If you know any Danes you'll also know they are quite distinct from other Scandinavians. I always find the Danish approach engaging. Direct, curious, straight and no nonsense. They usually like to have some fun too. You know where you are in the company of Dane!

The Danish army of the late 17th and early 18th centuries is one of history's little enigmas. The competent, professional Danes - widely respected and documented. They built such a good reputation for military efficiency in Ireland and then in Flanders between 1692 and 1695 so, what happened in 1700? Why were they bumped out of the GNW so quickly?

I don't really have an answer to that other than it appeared like huge military and economic pressure exerted by their paymasters the Dutch and English! Oh, and of course the small matter of a Swedish amphibious landing led by King Karl XII himself.


At the same time more or less, they continued to demonstrate best practice under arms during the War of the Spanish Succession and with the Imperial army in Hungary during the Rákóczi Ferenc rebellion. An extremely curious but typical anomaly of the period whereby the Maritime Powers were hiring mercenaries from the Danish Crown whilst at the same time, bombarding their fleet and supporting their enemies the Swedes!


When Denmark re entered the GNW in 1709, the army did not perform spectacularly against the Swedes which probably tells us more about the efficiencies of the latter than anything about the former. At sea, during the Skane War during the GNW, they did very well.


The Battle of Helsingborg February 28, 1710 saw 14,000 Swedes under Magnus Stenbock convincingly defeat 14,000 Danes under Rantzau in Skane thus ending any Danish designs on the Scandinavian mainland provinces. The fact that Stenbock's force was largely scratch built from nothing after the main field army's annihilation 1,000 kilometres distant at Poltava and, that the Danish Army not only contained the Grenadier Korpset but also some of the Livgard til Fods is further testimony regarding motivation versus training. A discussion for another day perhaps.


Nevertheless, the Danish Army of this WSS/GNW period is an excellent choice to model and build. It is well equipped and trained. It fought all over Europe - Flanders, Germany, Hungary and the Baltic theatres. It is well documented in terms of uniforms, flags and equipment. The army is balanced and the model of an early 18th century professional military force. 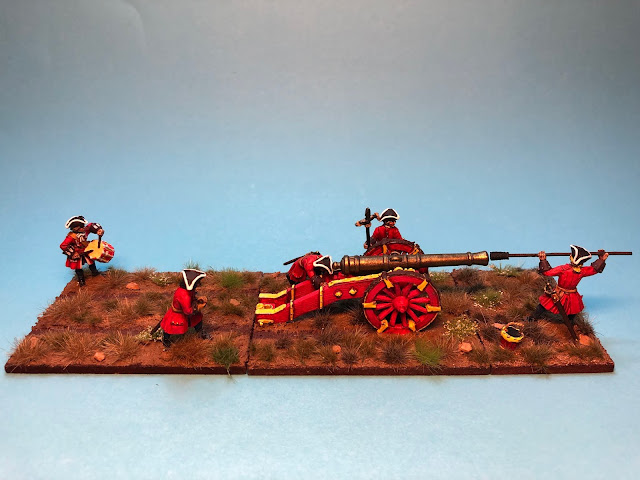 Wargaming scenario possibilities containing the Danes are legion. From the banks of the Boyne to the plains of Hungary, Danish regiments and commanders made their mark across the battlefields of Europe. The Danish army structure of geographically centred regiments was also a sign of trends to come. 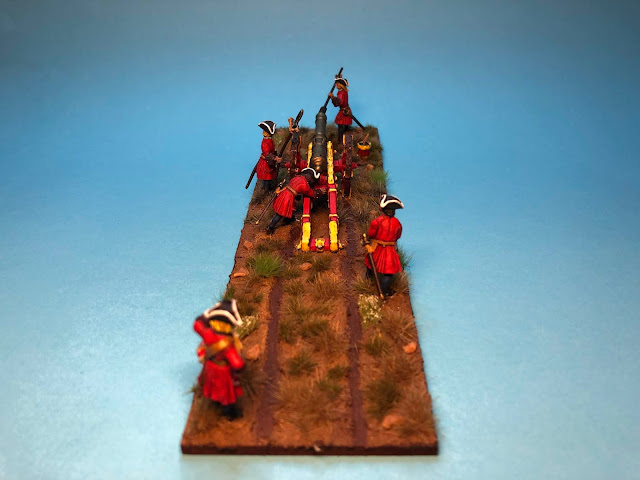 I have had Danish regiments in my collection since 1992 when I painted Prinds Jorgen's Regiment (Prince George, husband of Queen Anne) - amongst the first five of the many dozens  I have painted over twenty six years of interest in this period. Ironically, I have had little chance to mould the wonderful sculpts of Clibinarium into a Danish force yet and have be restricted to painting some samples for the website shop.


Fortunately, others have beaten me to the punch and here you can see examples off impressive Danish units from Dino Todaro, Truls Fjell and Soren Christiansen using Warfare Miniatures. My own Danish units are vintage or, relatively quick paint jobs which now reside outside the collection.


The Danes always look fine on the table an usually fight pretty well. I am delighted that Dino Todaro has given permission to share some excellent pictures of his Warfare Miniatures Danish forces of the WSS period through out the article. Dino's work is outstanding as can be seen.