The last couple of weeks has been consumed by intensive gaming and writing about the Great Northern War. The 4PlayX format which covers larger games on a 4 x 4 table, requires longer to set up, play, photograph and validate but oh boy, has it been worth it! I have been  utterly consumed by the twelve scenarios completed so far.

What has struck me is the contrast in the gaming intensity particularly when comparing the amount of close combat amongst infantry. When directly contrasting Western theatres with Poltava in particular, it is a little like comparing a fist fight under Marquis of Queensbury's rules with a cage fight. This I hasten to add is not to consider Western theatres in a negative light, merely to compare and reflect. 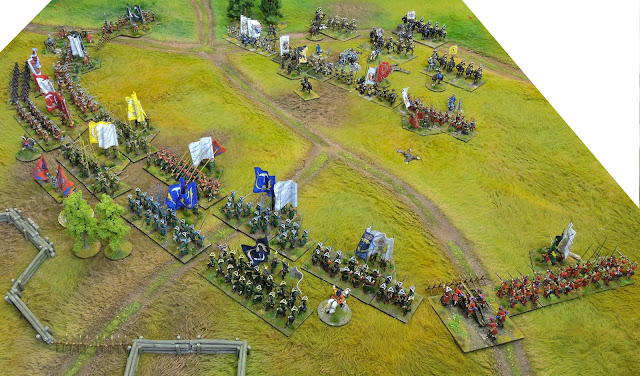 Six of the scenarios cover Poltava and these appear in two packs each containing three scenarios modelling different phases and events in the battle. The final charge scenario I was not confident could run to the scheduled eight turns but, that also proved an unecessary concern. 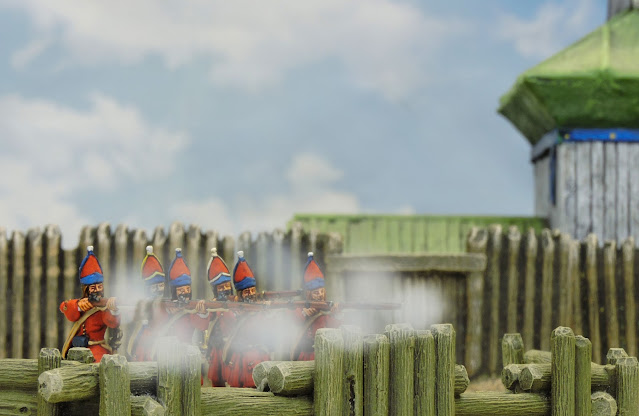 To provide gamers with the kind of information which I myself would want to see if exploring new scenarios, I realized that it was necessary and desirable to include significant additional information about commanders, regiments, orbats and maps. This has significantly expanded the size of the two Poltava packs. Each is now running to 25 pages with the other two in the set - one dealing with the period before the battle and the other with an extended period afteward, - more in the familiar form of 4Play. 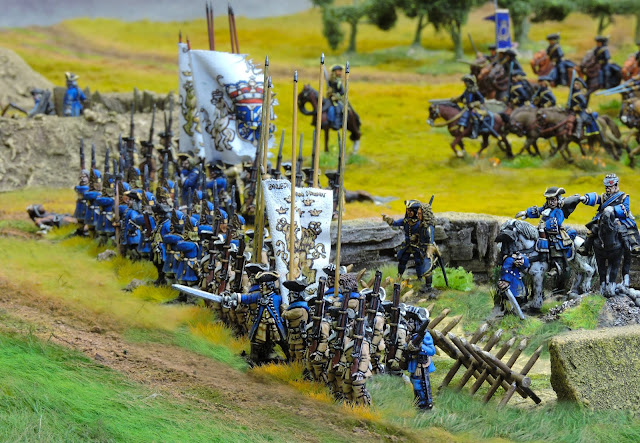 To further elaborate on the shape of  4PlayX , it does require more explanatory information to contextualize the battles chosen. 4 x 4 feet is a substantial playing area and its amazing what can be achieved within it without over cooking the table.
Having road tested it in the East I will soon be turning west to use the 4 x 4 format for Flanders ands Ireland.
Meanwhile, here is a taste of the GNW 4Play style.
Share Share on Facebook Tweet Tweet on Twitter Pin it Pin on Pinterest
Back to The League of Augsburg