So that's two units of Horse finished! Hugh Magill's Dragoons with Hugh Magill himself as a personality. As well as the 3rd squadron of Rawdon's Horse! 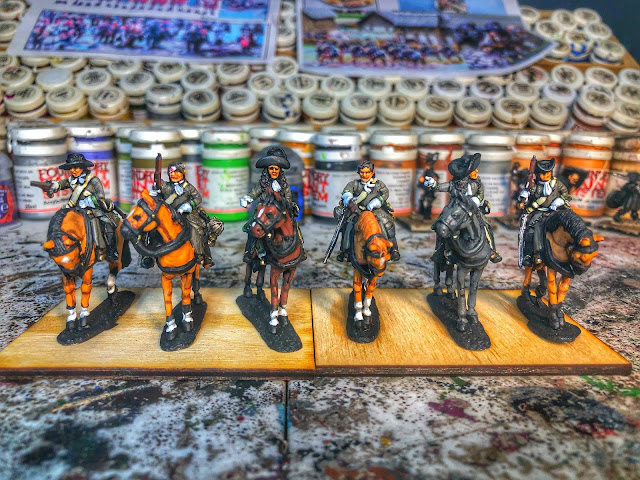 I went with a drab uniform for Rawdon's dragoons using Foundry Granite and Forest Green for the cuffs. 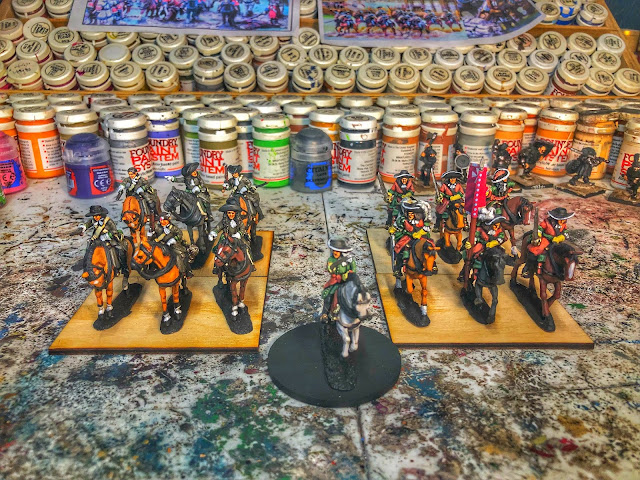 Magill's dragoons I went with a red (foundry terracotta) uniform with green (forest green) cuffs. Figuring they would be a bit more organized and had a chance to procure a fancier uniform. 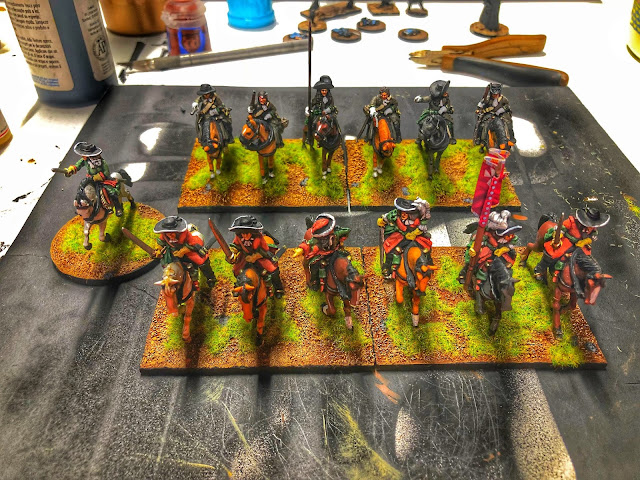 Since these will most likely be on the field of battle with Clarence's armies I tried to match his basing style. A little different then my own but they really turned out nice.

With the banners added I got them out for a nice photo shoot on the terrain. 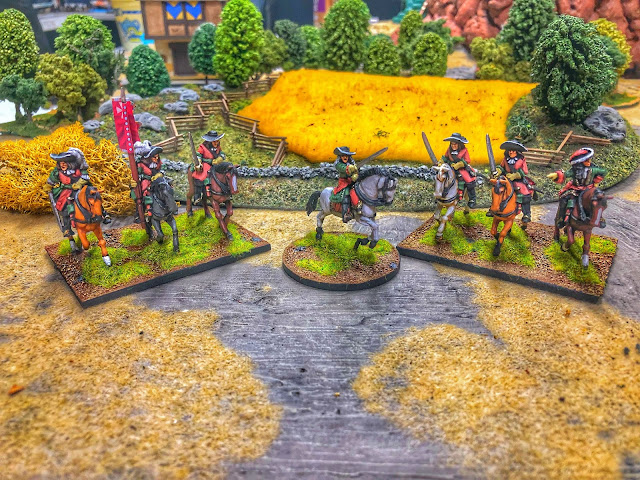 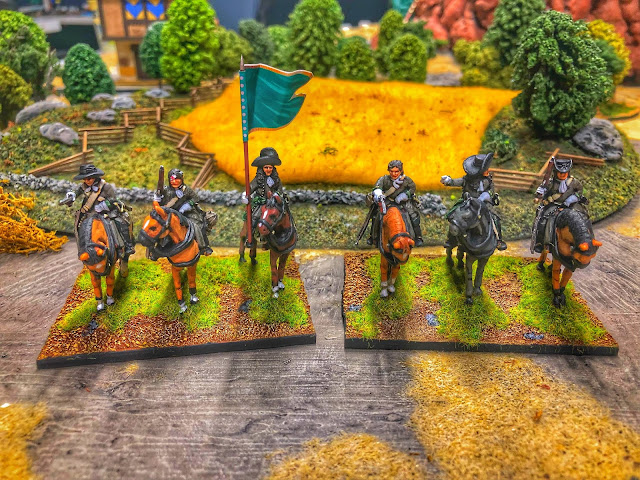 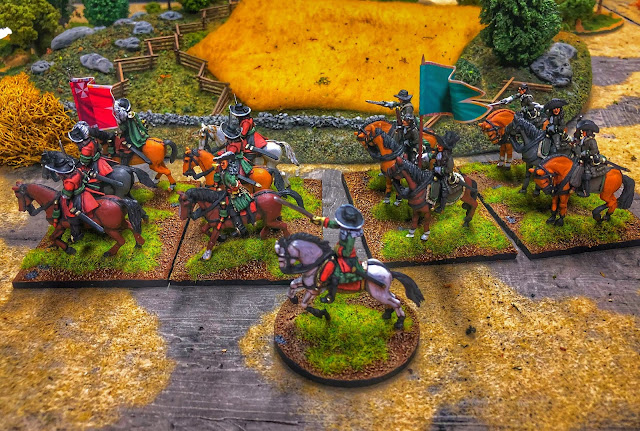 Hope you enjoyed the pics, and next up should be the other 2 squadrons of Rawdon's horse with Rawdon himself in the van.