by Clarence Harrison January 28, 2014
Here is the force roster sheet for Donnybrook so you don't have to break the spine of the book to photocopy it! It should be self explanatory, but I've included a second sheet filled in so you can see where everything goes. There are twelve boxes to record the number of models in each unit - if the unit has fewer than twelve models, simply black out the extras (duh). You can record casualties in pencil to keep an eye on when you need to test for the End of Game. Use pencil to record when the unit has fired in the 'Reload?' box. Obviously if you are playing with more than four units, you will need two roster sheets... 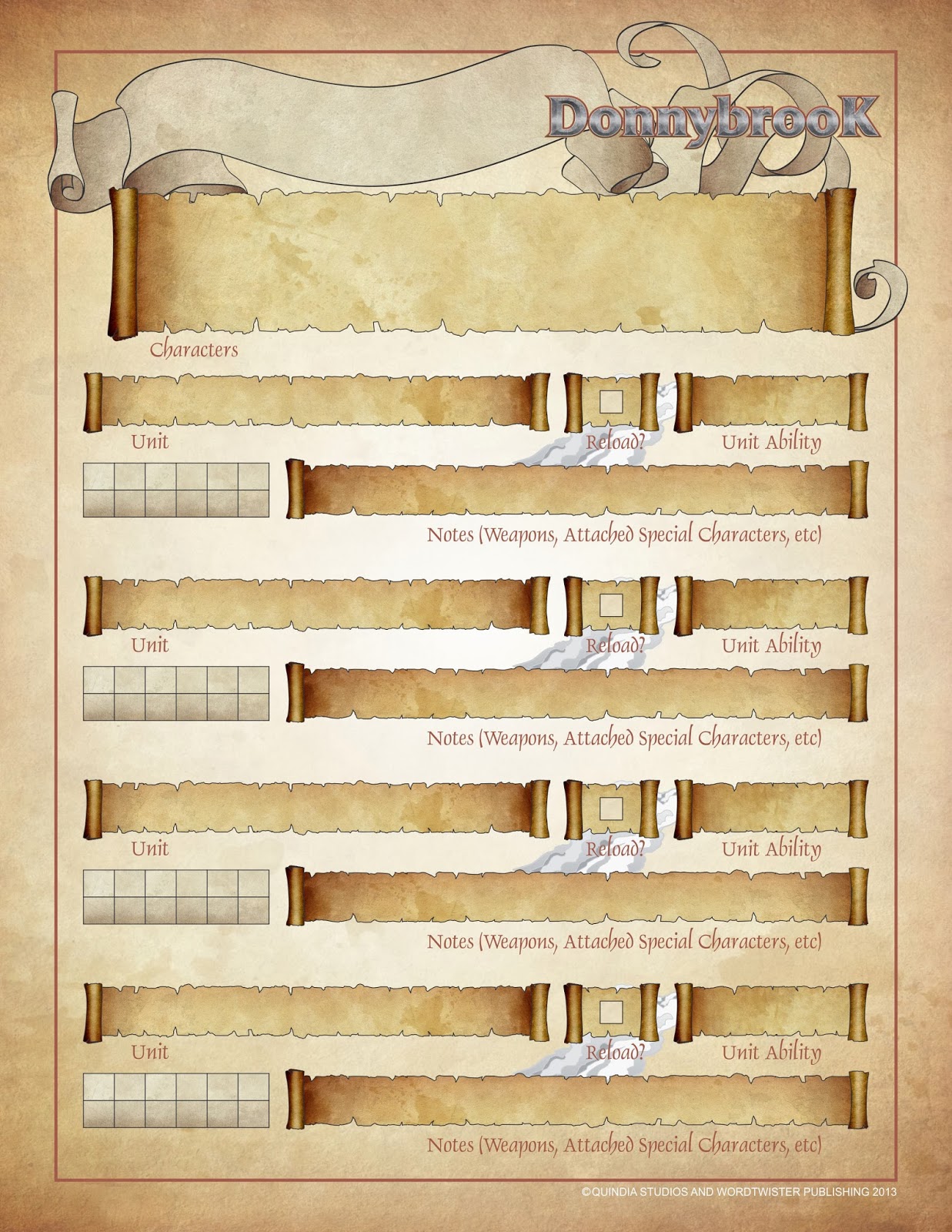 Right now you need to fill these in manually, but I will look into making a form fillable PDF as soon as I get the chance.