Russian Big Wigs of the GNW #3 - A middle wig 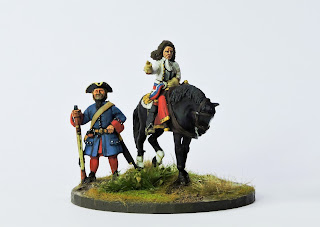 This final piece in the series of three is painted as a brigadier of infantry. He is a slight conversion from the cornet figure in WLOA48 with an officer's arm replacing his original open hand. 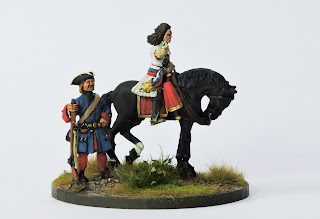 The sentinel beside him is painted as a Semenovski Guardsman. 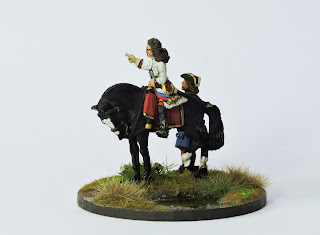 The uniform and Russian sash in national colours contrast very well with the black horse. I chose a smaller round base for this fellow. 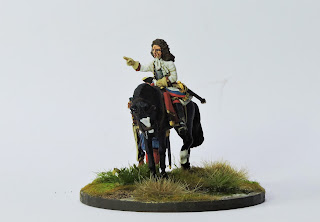 These three officers could of course transfer to any army with different coloured uniforms and sashes. Hope this might inspire you to have a go! 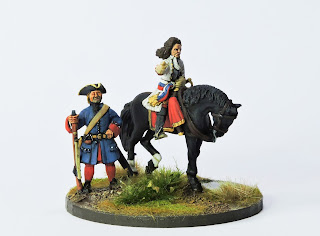