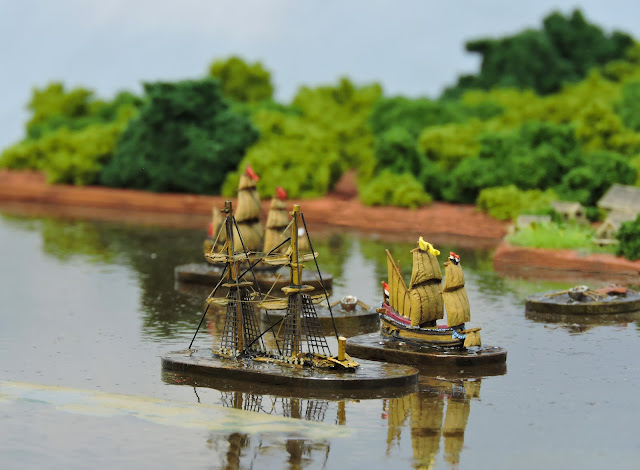 On a mission to collect valuable trade items including ivory, salt, gold and beeswax, the galleon Santiago was scuttled by her commander in a remote stretch of the Gambia river after an abortive attack by pirates, the nationality of which has never been established. She was already laden with riches from the East which unusually, were being brought to Europe on the westerly Portuguese navigation through the Indian Ocean and not the traditional Spanish route of La Nao de la China via Acapulco. The mysterious incident occurred sometime in the summer of 1646. For unknown reasons, the almost intact wreck lying in three fathoms, is thought to have remained untouched since her deliberate sinking. Various adventurers have attempted to locate her, but none had claimed success publicly. 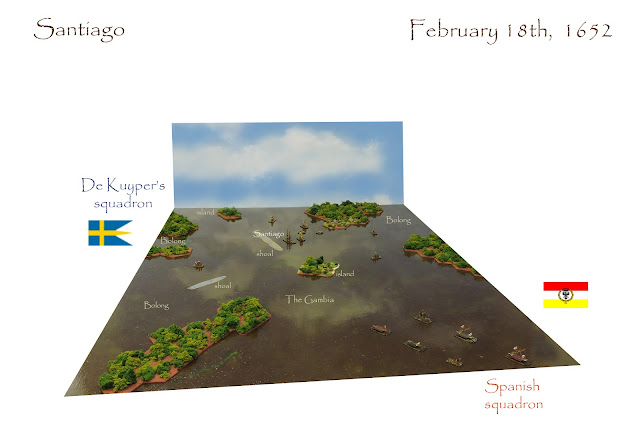 Her general whereabouts is believed to be above Bintang Bolong. Legend has it that a handful of survivors from the original crew made it to a Dutch trading outpost on the river. As the great war of liberation was still ongoing, the fate of these men and what they told the Dutch, is unknown. As Spaniards their treatment is likely to have been of the harshest. Superstition surrounds the story and local tribes talk of ill-luck befalling all who pass through this stretch of the river network. 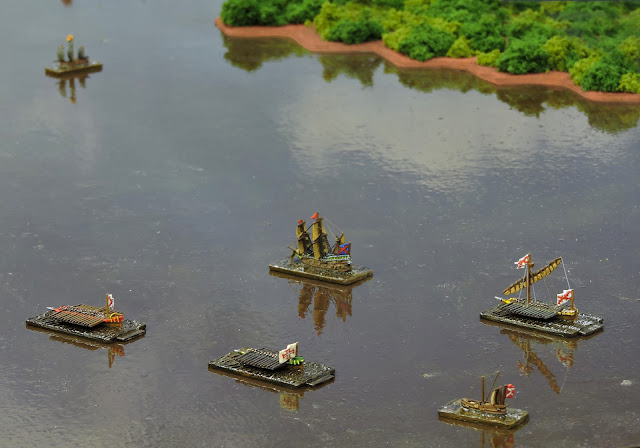 On the fourth day in situ, a flotilla of vessels approached around a wide bend in the main channel. All were armed and their appearance and disposition suggested the arrival was not accidental. Don Jorge Montoya’s mission was the location and recovery of Spanish assets lost during the forced abandonment of Santiago. It had taken years for a semi accurate location to be confirmed in Cadiz. An expedition had then been assembled and  set out in early January from las islas canarias. 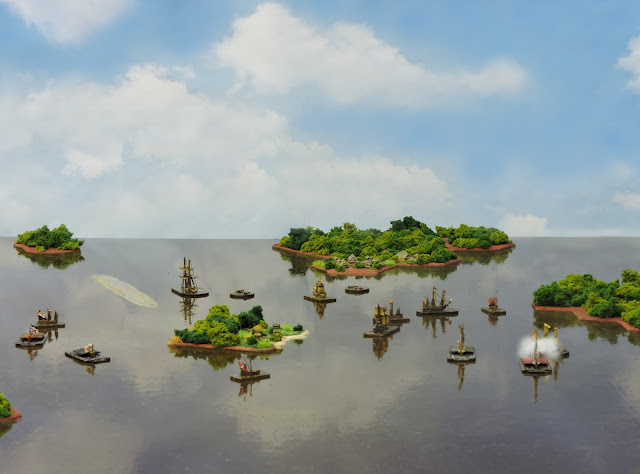 It was composed of six vessels four of which were ill-suited to the open Atlantic weather and had been fortunate to reach The Gambia at all. Montoya had around two-hundred and fifty soldiers including volunteer moriscos from Fuerteventura and led in his flagship, the 16-gun Santa Fe. The only other ship with any cannon was a small, converted cargo vessel - Marquesacarrying four light pieces. Despite this, the Spanish soldiers and marines were well equipped and motivated by a promise of a share of any recovered cargo.  Montoya quickly sized up the situation and could see the wreck was being evaluated for salvage by the little armada lying across the various channels. 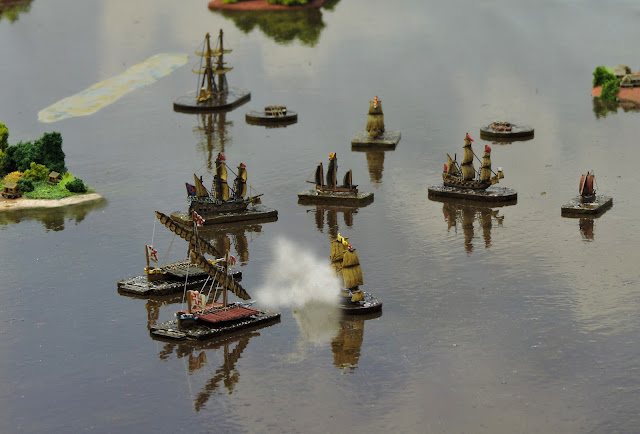 He pushed two galleys with Marquesa  to the left of a small island which sat midstream whilst he took two of the larger galleys and Santa Fe straight at the vessels blocking the channel to the right of the island. 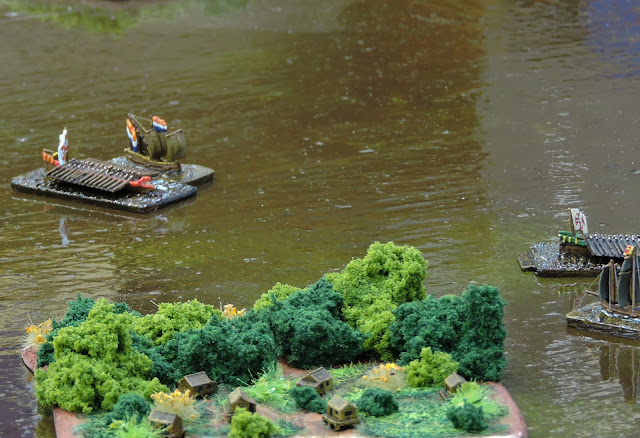 De Kuyper ordered his furthest ships come in from their stations in an attempt to block both approach channels. All had been riding on taut lines in the current but quickly mobilized. A small ketch the 4-gun Watersnip which had been guarding a tributary channel, ran aground in the muddy shallows and was unable to move. She was eventually boarded by the galley Brava and captured although the Spaniards were unable to re-float her before the action was over and, she was recaptured. 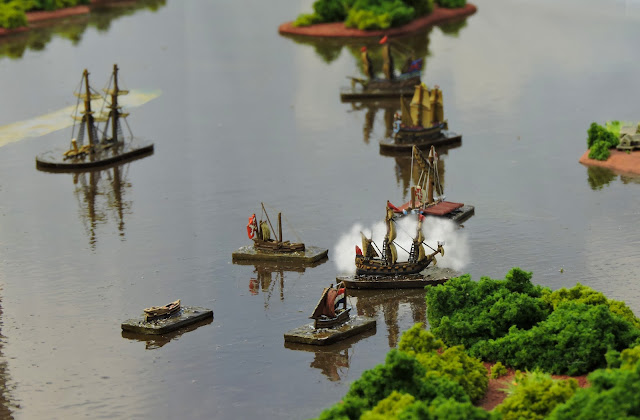 The unwelcome visitors had prompted de Kuyper to steer his flagship directly at Montoya’s attacking vessels. The 18-gun Texel slew across two of the enemy ships and raked the third – Brava, as she approached the mud-bound Watersnip. Dutch gunnery was ill-timed and although some damage was inflicted, the Spaniard continued its attack although was unable to secure lines on de Kuyper’s ship as it passed close by. Initial attempts to attack the static Dutch were wholly unsuccessful. One small galley grounded near the mid-stream island whilst the larger Águila failed repeatedly to grapple the tiny Ter Goes................................