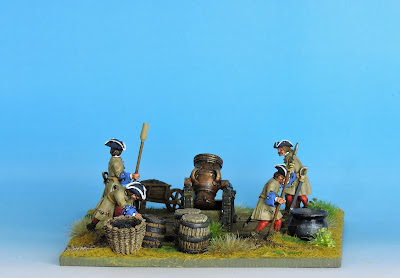 I have been working on some artillery vignettes recently and have only just gotten round to photographing them for the blog. 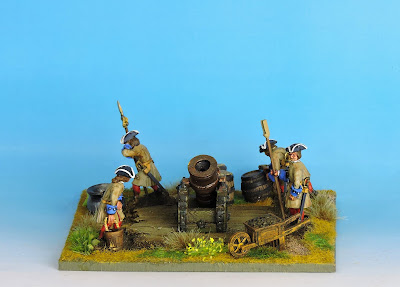 Although we do not have specifically French gunners yet I shaved off the single shoulder strap from our RA1 AND RA3 GNW Russian gunners to create a heavy mortar crew for the French army in Flanders. 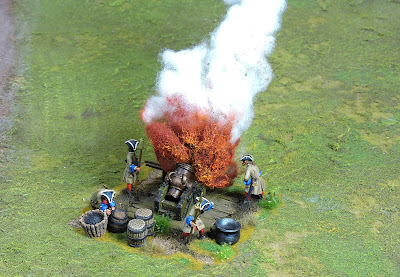 The base is dressed with various pieces from the siege equipment set including barrels, cauldron, powder basket and bucket. The platform is made form rough cut pieces of balsa wood. 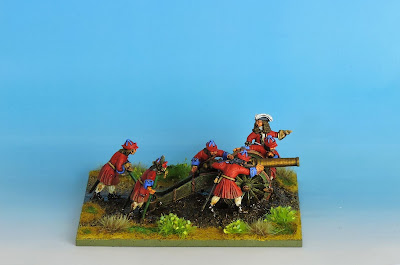 I had not managed to base up any of the newly painted Russian gunners either but in an effort to make them look pretty for Crisis I painted up the Kartuz-wearing crew manhandling their piece forward and stuck them well and truly in the mud! 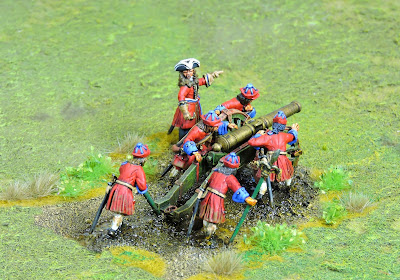 The light gun they are pushing has an Olive green carriage and the metal work painted in red  to give it a slightly different appearance. I was very pleased with the effect.

The wet look is created using yacht varnish and the officer comes from one of the other Russian gun crew sets. 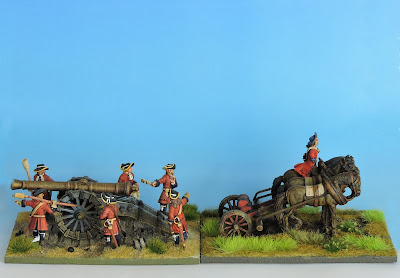