I don't envy larger groups but they do offer a division (rarely equal) of labour and the opportunity to game-explain-shop-rest-travel in a proportion, permitting all the bases to be covered and preventing burn out.


This is often forgotten when comments such as 'well nothing seems to move on that table', 'it's just a static display', 'why didn't they engage with the public?' etc are bandied. Not a complaint I hasten to add and of no matter to the punter, but significant as an influencing factor nonetheless. You can't do it all especially with only two bods.


LoA 2018 is a happy ship. Toggy and I with occasional and very welcome support from DOB, get on extremely well and have a right old laugh however, we take what we do very seriously. We get a lot done but are still recidivists when it comes to spreading the jam a bit thin on the bread. Not content with just running a game we often operate a trade stand too! Playing, explaining and selling is also a big ask. Recently I have dropped most trading commitments in favour of the demo/participation game experience. In the US, Clarence and I have managed two very successful outings as LoA USA (with the vast majority of the work done by CH not BH).


Releasing new products in which you have invested heavily and in which you also have a gaming interest pushes the decision making to the extremes. Paint and base for the shop pictures or, paint and base for the game? Build terrain or paint models? Write scenarios for the book(s) or paint more models? Do photos or play games? This maddening cycle is intensified by us both having very demanding jobs. Toggy works shifts like you wouldn't believe and I spend on average 160 days per year not at home, so it's the last week in September, we've invested about £20k in figure development and production this year and CRISIS (not A crisis!) is looming.. what do we do?


To compound the challenge, we have been threatening to move away from terrain tiles for a few years now. I bought the dead teddy bears but for years couldn't bring myself to skin 'em! Lugging lots of bulky gear across the North Sea and unloading at Wagnatee is a bit of a chore too. So, the perfect storm faced us:

We choose Option B and so the plan for CRISIS was born.

We've decided to run a game of Donnybrook. Set circa 1713 in south eastern Europe, The Austrian Empire v The Ottoman Empire. Well painted and manageable table top forces played with against a static backdrop of BLB III units from the same armies who will look on in motionless admiration.


The table will feature the new 6 x 5 fold away Tedmat I made about six weeks ago, Toggy's latest beautiful piece of Austrian architecture, very nice painted examples of our new Danes, Prussians and Ottomans and a fun scenario with Donnybrook. 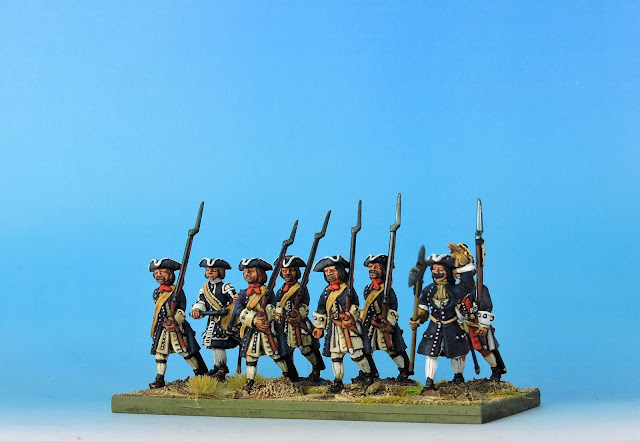 This series of blog posts will explain all ingredients of the Augsburg cake including The forces, the painting, the scenario, the terrain and buildings, the show offer to customers and the products we'll be carrying on the day.