Taking Baby out for its first stroll 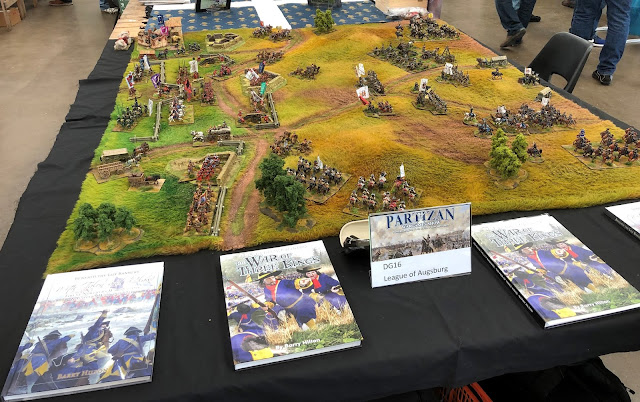 Partizan was the debut of With Talon and Claw and I am pleased to say it was a sunny day for the new born. Several customers took delivery of their pre ordered books and a brisk trade was had by North Star who were selling the book on the day. 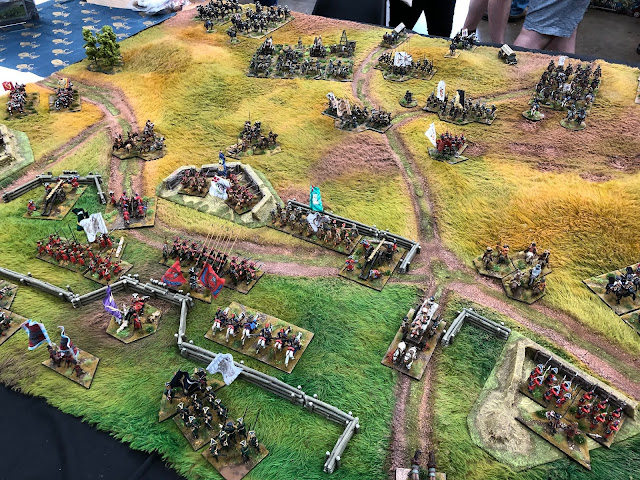 The launch weekend has been a success and we've shifted enough copies already to ensure the book will have a healthy life. 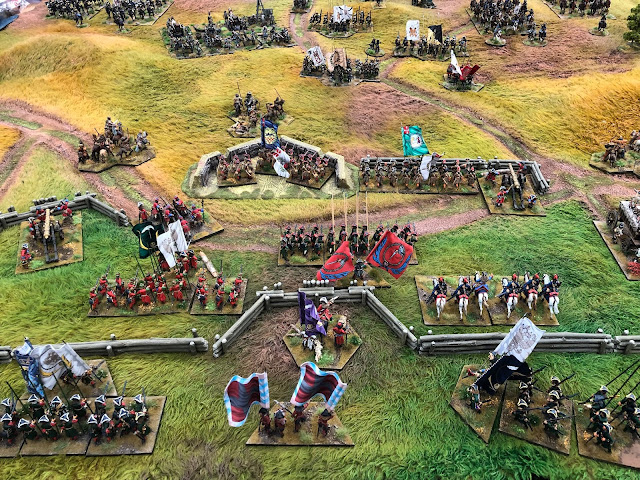 The game I chose as the launch pad was a bit of a fudge - ensemble cast on the Allied side - Russians, Prussians, Saxons, Danes, Tatars and Cossacks all lining up as the Blue Legions performed a sort of Last Hurrah! against this spectrum of wartime foes.

It was a chance to get lots of tricornes on the table and some artillery too. 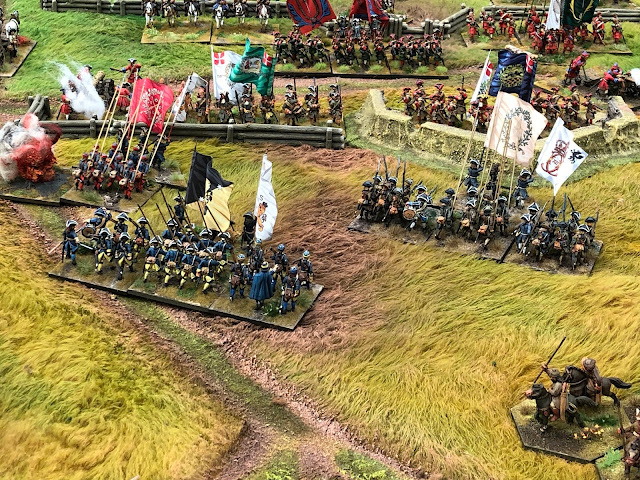 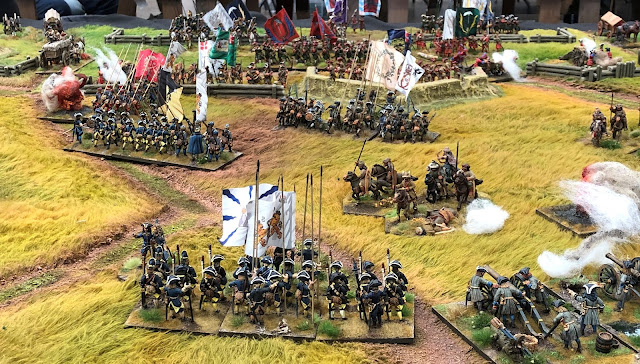 I was next door to Mark Shearwood and the Derby Gang who were refighting a battle from 1689 at the Moyry Pass in Ireland which looked wonderful. Two BLB games on side by side, that was nice. 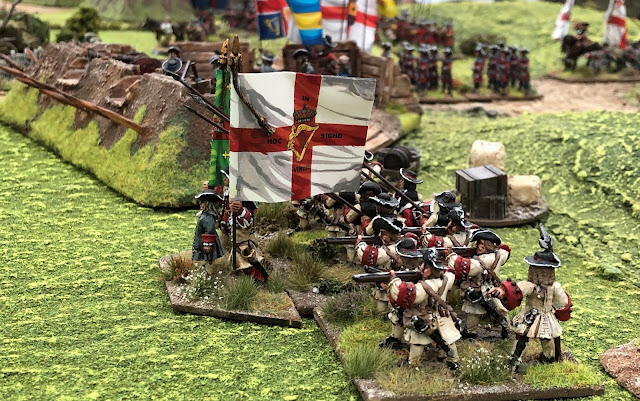 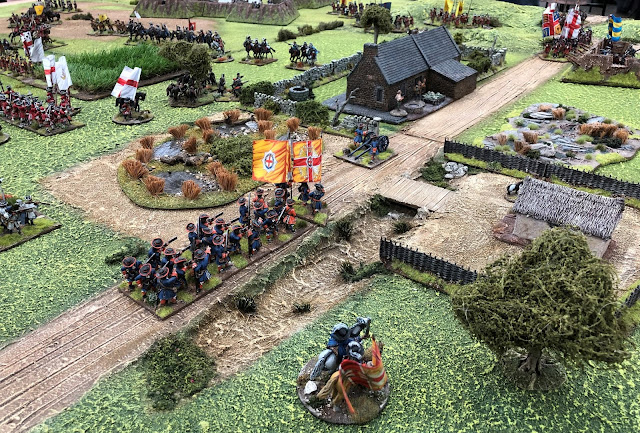 I got a brief  run round the show and caught sight of some nice games including Imrie and Glanville's Medieval bash, The Iron Brigade's Sudan game (both travelled from Scotland), a War of the Austrian Succession game from Westbury and a very nice 'Bomb the Japanese Carriers' game from I don't know who but it looked lovely. 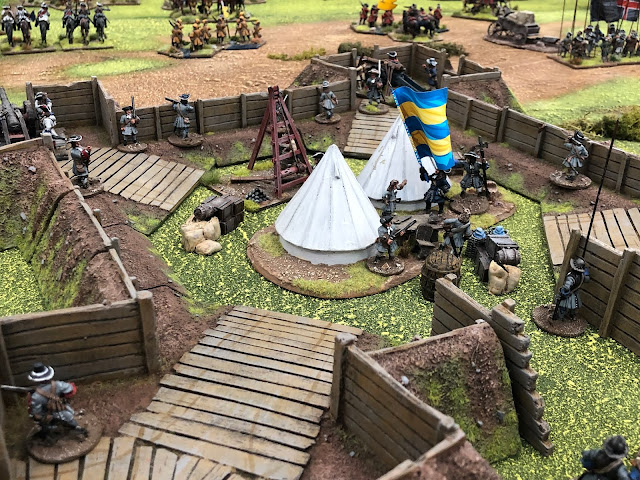 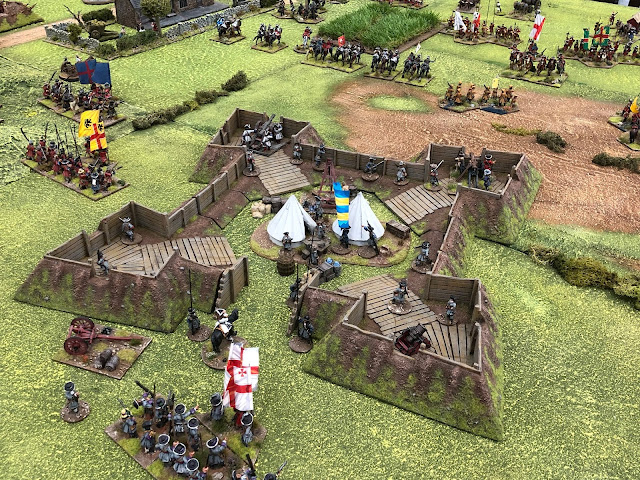